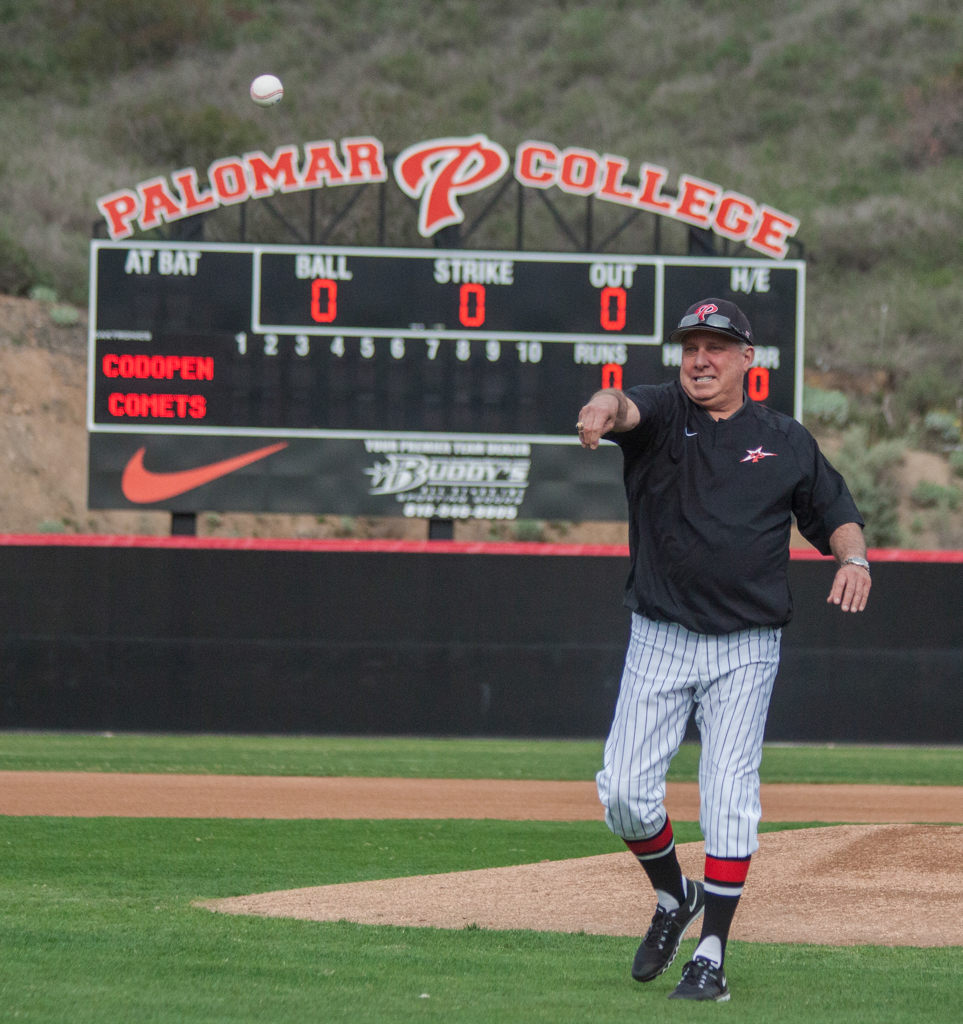 Bob Vetter arrived at Palomar College in 1977 to start his head coaching job for the Palomar baseball department. He recently passed away at age 71, after battling a short illness.

Vetter went on to win eight conference championships while maintaining a 542-393 record over the 24 years he was the head coach at Palomar College.

Vetter was inducted into the California Community College Baseball Coaches Association Hall of Fame in 2007.

After taking a short break from the field, Vetter decided it was time to come back to what he loved the most. He returned as the assistant coach to Buck Taylor in 2016, and for current head coach Ben Adams.

“When we were working on stuff he was all business, “get to work” type of mindset” said Micah Anselmo, a former Palomar College baseball player, in an interview via Instagram.

According to his son, Vetter loved baseball and everything to do with the game, but when it was time to turn the page for the rest of the day it was just turned to sports.

“He loved sports, you get the guy talking about sports, you could get him talking for hours upon hours. He loved football, he loved all sports.” said Robby Vetter, the son of Bob Vetter.

Aside from coaching, Vetter did much more for the players that came through his program.

“He transformed not only how I play the game but also he had a huge impact in how I do things off the field as well,” said Anselmo, “Professionalism; showing up on time (really means 30 mins. early), work ethic; how you carry yourself when things aren’t going your way; communication; accountability, I mean the list goes on and on. I truly think he was one of the reasons I got to play baseball as long as I did.”

Vetter didn’t just stand for one thing in this world. “He always stood for having high integrity, being honest, and always doing things the right way” said Robby.

Vetter’s impact on the players and those who were in close contact with him was humongous.

“His biggest thing he always preached with players was not only just developing them as a player to learn how to win on the field but, more importantly teaching them how to win in life. That was his purpose on the baseball field as a coach.” said Robby.

“The first thing I will always be able to remember him by is his love and devotion for his family. Specifically Bob’s wife (my mom) and his kids. He would drop anything at any point in time to be there for us or whatever was needed for our family. Number two is the impact he had on the Community of San Diego, the baseball community, and just outside of San Diego too.” said Robby.

“His class, his number, his love for the game, his dedication to his players. I can’t pick just one of these things. What an amazing coach and an even more amazing person. Rest easy Coach” said Anselmo.

Although the family does not have an avenue for donations at the moment, they encourage people to donate to the Palomar College Baseball Program.

*Editor’s Note* This story has been re-uploaded due to editing clarifications.