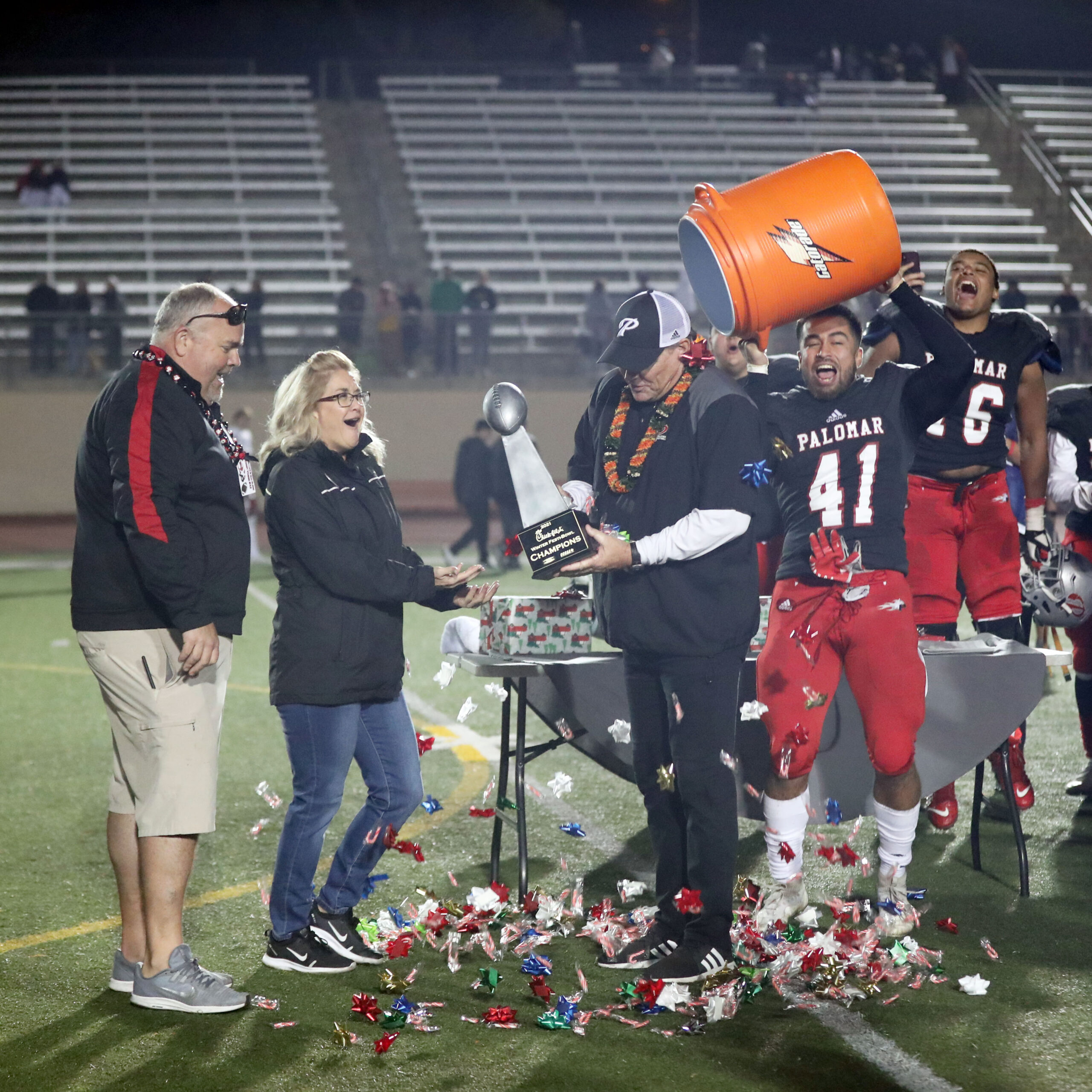 The Palomar Football Comets have wrapped up their first season playing since 2019.

As Palomar College football comes to an end after a 44-24 victory versus Santa Barbara during the Chick-fil-A Winter Festi-Bowl, let’s take a look back at their 2021 season stats.

The Comets played a total of 11 games this season, 5 of them being conference games. They were familiar with the red zones as they were in the red zone 86 percent during the season which allowed them to have 355 points combined in the 2021 season. When the comets offense had control of the ball they averaged 31:44 of possession during their conference games.

Palomar’s defense had their struggles during the season but had a total of 15 interceptions, two being from their conference games. Four defensive touchdowns were scored during the season. They ended their season with 652 tackles.

Palomar’s special teams, including the kicker and punter, went 16-19 with an average of 84.2 percent field goal range and went 39-42 that averages 92.9 percent of points after touchdown.

To learn more about the Comet football team and stay updated on their up and coming season follow them on Instagram @Palomarfootball, or check out the Athletics page.