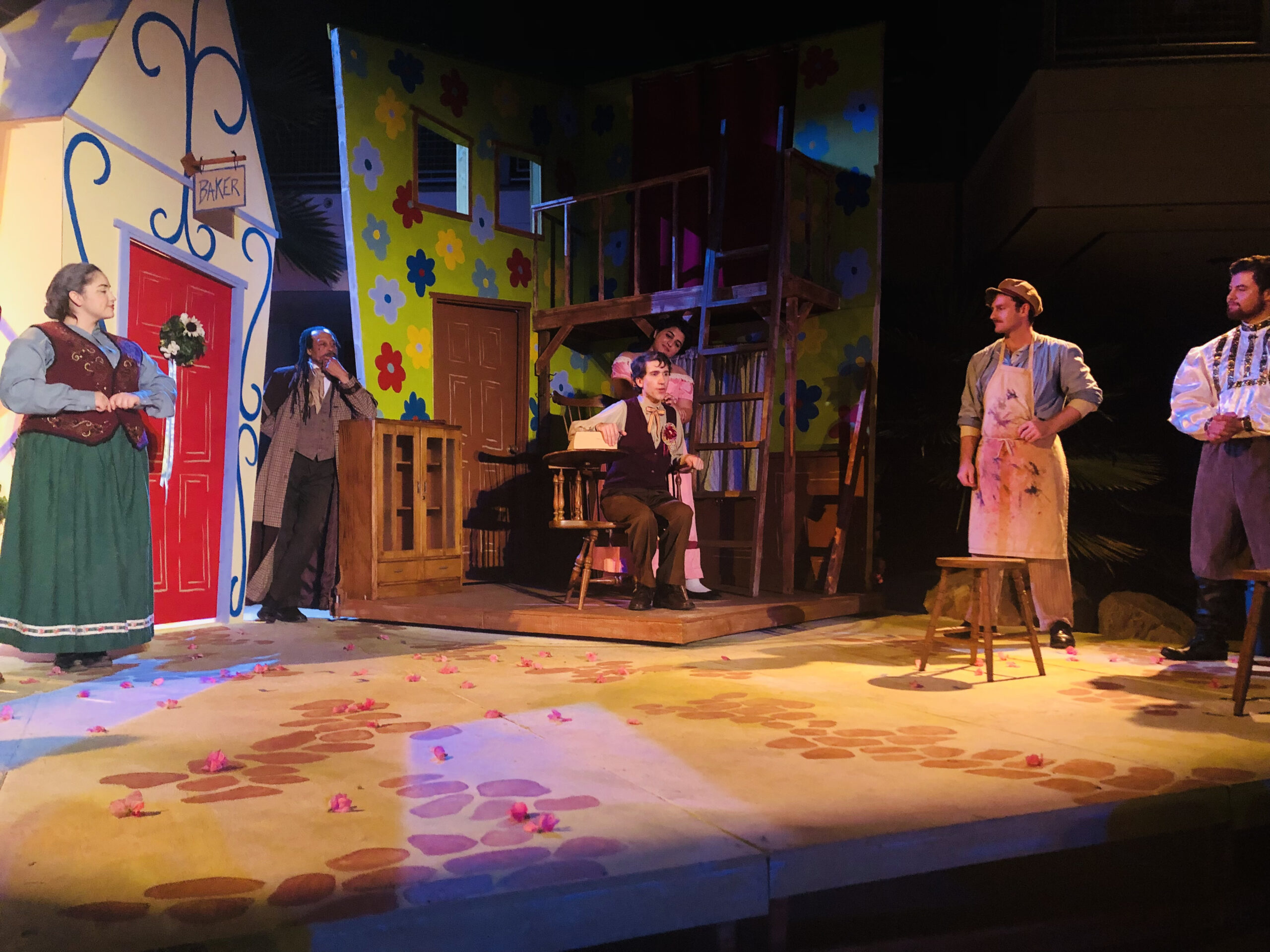 Through the challenges and support, Palomar Performing Arts found the right play in “Fools” and had an amazing turnout for their first in-person performance since the pandemic.

The play had 40 pre-sales for its opening night on Thursday, Oct 7, with more guests arriving who purchased last-minute tickets. It was an unusual setting since the Palomar Performing Arts have been doing their plays on Zoom since March 2020.

Heather Murray, the patron service coordinator at Palomar’s Performing Arts Department said, “One of the things that I found, we were successful because we had an incredible patronage that would follow us wherever we go,” The patreon has been following from all over the place since the move to Zoom plays, Russia, Japan are some of the places people logged in to see nieces, grandkids or friends perform.

Roberta Meyer Cohen has been supporting Palomar’s performing arts even after her daughter finished participating in them over 20 years ago said, “It’s amazing for a two-year college that what they produce, and we’re glad to be living nearby in this community.”

Some of the actors had experience being in plays over Zoom and others made their theater debut.

Tara Farrokhi who played Sophia Zubritsky shares that the Zoom plays were helpful for her because her goal is to be on camera but both types of plays are a great experience.

Dylan Winston who played Count Gregor Yousekevitch, whose character broke the fourth wall several times, shared his experience by saying “You can’t really compare it I mean, it’s being there- being with the audience, having them react physically and having that connection there with the audience right there. You can’t compare.”

Vanessa Russell who played Yenchna the Vendor said, “Feel great to have the love and support and my family here and to know that they support me and everything I do.”

João Vincent Lewis, the composer of music, had to make a last-minute change as the play had lost an actor and proceeded to play Magistrate.

If you are interested in attending Palomar’s next play “CHAINge Reaction” through Zoom or in person on Dec. 2 click here.