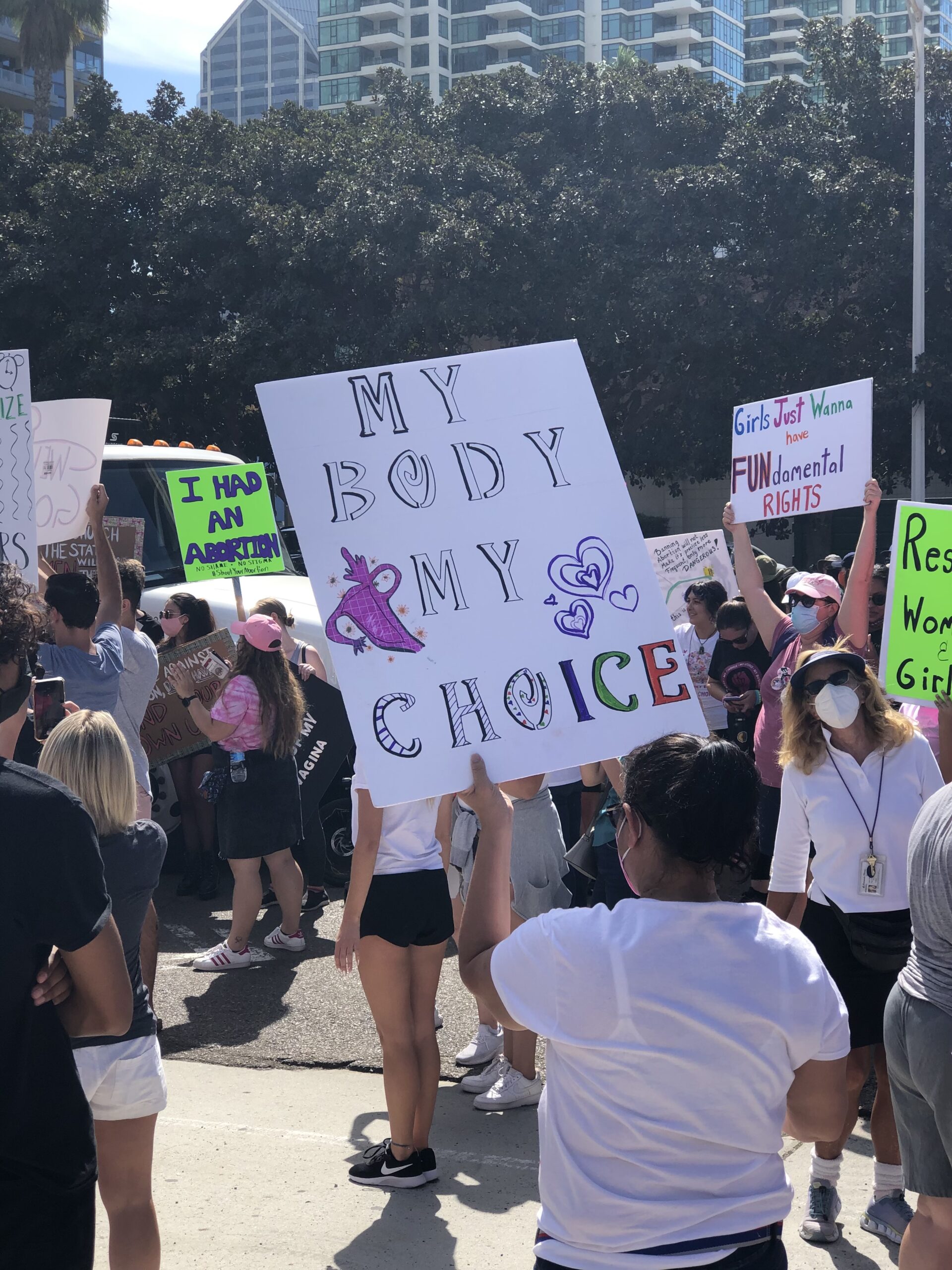 The masses drew from every area of North County after the news of the new ban on abortion in Texas founded the nation.

Residents of San Diego County gathered on Oct. 2, 2021 for the annual Women’s March at Waterfront park San Diego to show their support for women’s rights. With the recent abortion ban in Texas, the passion was strong both in San Diego and across the United States, making this a national concern.

Pro-choice women, citizens, and politicians alike are feeling the heat of the heartbeat bill passing in Texas as they realize their progressive agenda is not aligning as they would like. There is uproar about this bill because the fifty year precedent had been ignored by the supreme court.

People against the ban believe that abortions are a constitutional right and that six weeks is not sufficient time to know you are pregnant and get an abortion. However, this seemed to give them more ammunition to protest for what they stand for.

“It’s women supporting women, what’s not to like about that? Chairwoman Angela Elliot Santos did an amazing job at her speech and I love that she mentioned that we were on Kumeyaay land. As a woman who has been raped and sexually assaulted and had to get an abortion at 16 because of it women’s rights and abortion rights is very important to me. If you don’t like abortion then don’t get one. But don’t put your beliefs on all of us,” said Hannah Williams, who was present at the march.

The event began at 10 a.m. with speakers ranging from citizens to senators, talking about their own experiences and reasons for resistance.

Soon after, the march took place as the congregation began down N Harbor Dr. and back up the Pacific Highway. While walking for rights there were signs that read “respect existence or expect resistance,” “reproductive rights are humans rights,” “Abortion is healthcare,” and “if I wanted the government in my uterus I’d fuck a senator.”

There was support for women and reproductive rights from all ages. The old showing their age long support for these issues as they have been marching for nearly a lifetime and the young representing the new wave who will eventually take their place. There were also people of other genders in addition to women with signs reading “I’m with her,” “her body, her choice,” and “not your uterus not your business.”

“I saw a lot of children marching along with their family members. I saw that many of them had signs or shirts in support of women or reproductive rights. That was great to see because it shows me that these children will grow up knowing that a woman has the right to choose when it comes to their body. It gives me hope for the future generation,” said Evelyn Galan, social media manager of the Gender and Women Studies Club.

People have been fighting for decades in hopes that they will not have to fight for decades longer. Although some other states are pushing their agenda that aligns more with Texas the fight in California and across the United states is strong.