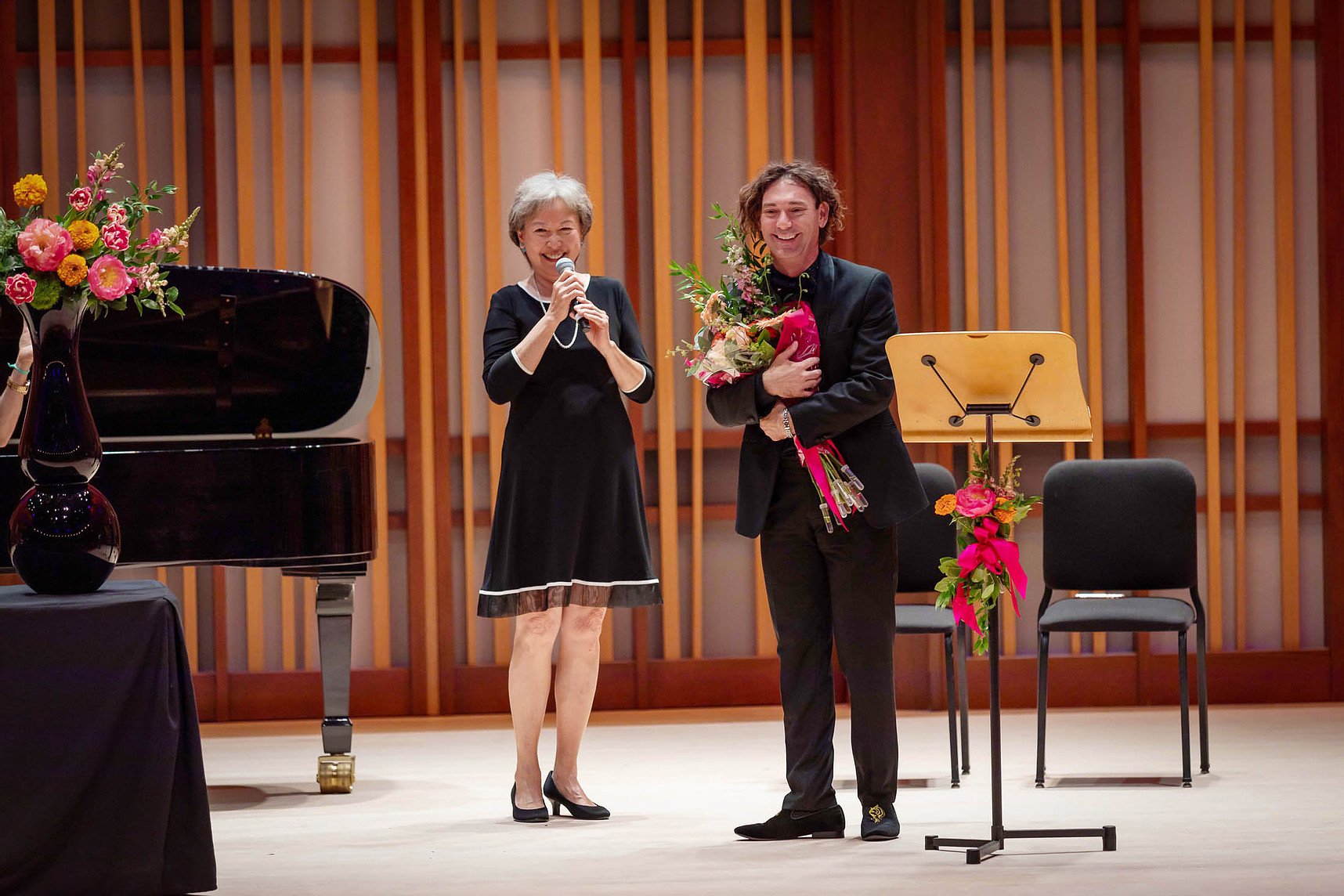 AmateurPianists Finds Success During the Pandemic

Months before the COVID-19 pandemic began, AmateurPianists was one of among over 11,000 non-profit organizations in San Diego County. For the organization, the pandemic was not only a curveball, but also a lesson on how adapting can have positive affects.

“Most people who play piano don’t have the opportunity to play for audiences. They play for their friends or they play for themselves, but to actually perform in a concert hall is something special for them,” Kramer said.

The organization books the recital halls and does all the marketing and advertising for the events. It is free to be a member of AmateurPianists and anyone can attend the show or sign up to play the piano.

The organization has a seven-member board of directors. Kramer rejoined the board a few years ago as the director of graphics, and Board Chair Lulu Hsu is at the helm. Hsu originally joined the organization as a member but was asked by Kramer to join the board in 2016. Hsu said they try to keep the board balanced to have different point of view when making decisions.

Like most things, the pandemic forced AmateurPianists to adapt and move its shows to the internet. Kramer says the experience has gone well, but is excited for when concerts will return to in-person audiences.

“I think it’s always better to go attend in-person, but that’s obviously on hold for the time being. We’re going to start resuming to in-person concerts soon, hopefully,” Kramer said.

Hsu shared a similar point of view, saying that last year was very successful for the organization despite the pandemic. She said it was a learning curve and the music quality wasn’t the same as listening in-person, but the virtual format allowed the organization to broaden its viewership.

“That has led us to realize that even when we sort of return to the new normal, the new normal will include live-streaming,” Hsu said.

Hsu said that working with AmateurPianists has been nice because she is able to create a community where volunteers enjoy what they are participating in. When describing how her experience has been working with Kramer, Hsu was very complimentary.

“He’s a very sweet and kind and gentle person… he always sees the goodness in people,” she said.

AmateurPianists will be hosting its first hybrid benefit concert on June 26. The event will require purchasing a ticket, but audience members can choose to purchase an in-person ticket or a live-stream ticket.