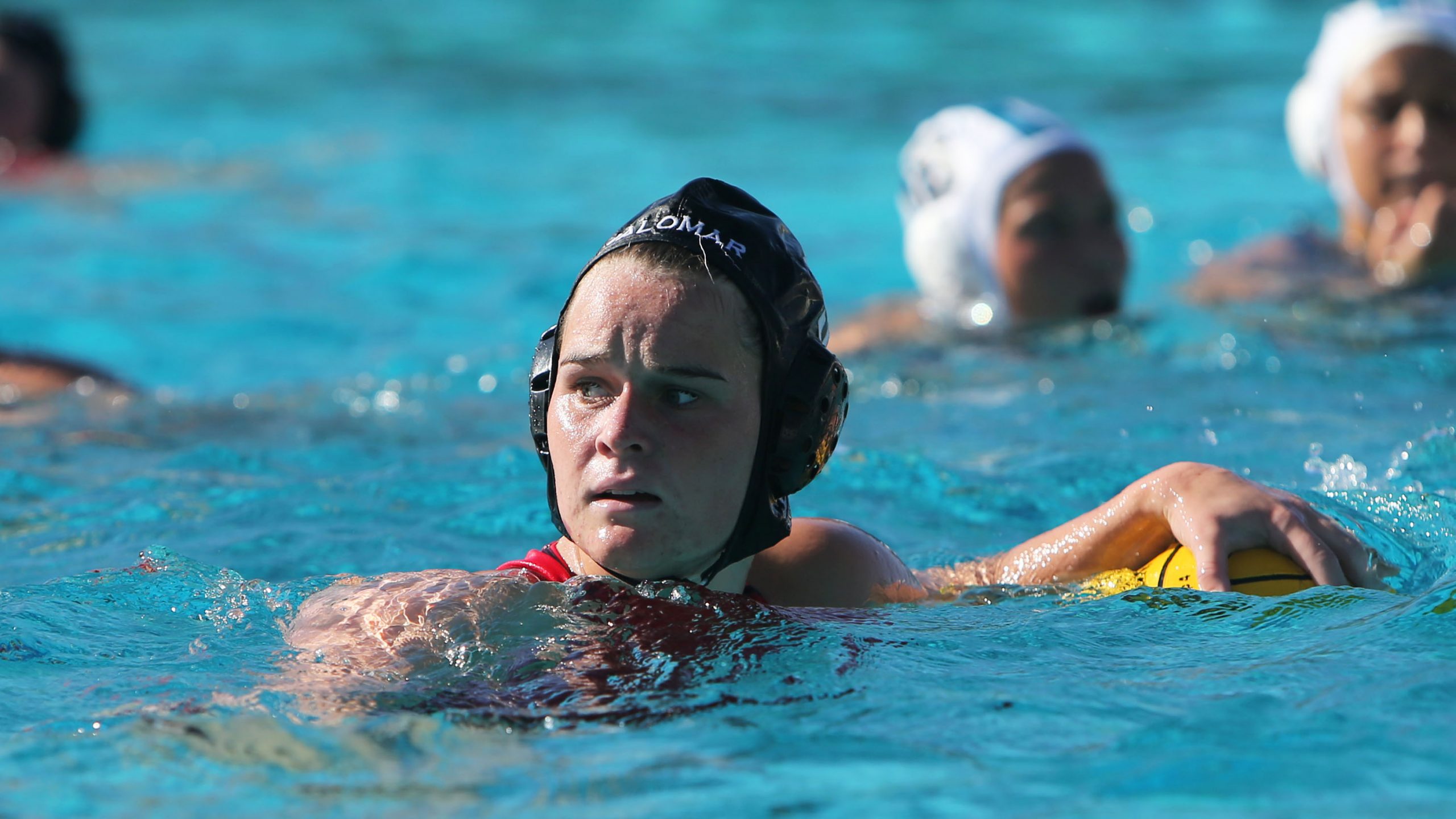 Sydni Dickson, 20, was born and raised in Oceanside, Calif.. Dickson has been playing water polo for seven years ever since the summer before eighth grade. She started out swimming but got bored of it and switched to water polo. To Dickson, water polo is super fun and has high intensity and she never went back to any other sport.

Dickson graduated from El Camino High School in 2019. Throughout high school, she played water polo as an El Camino Wildcat. Now she plays as a Palomar Comet for the Palomar College water polo team.

“I’ve always been good at math so it led me in that direction,” she said over Zoom when asked why she picked mechanical engineering as her major.

Dickson described how the COVID-19 pandemic has affected her.

“Mentally, it has been rough, especially without having my sports because I’ve done it all throughout high school. So I had that release and without it it is just a lot mentally,” Dickson said.

Dickson and the whole Palomar College water polo team have not been able to practice since the facilities were shut down at the start of the pandemic in March 2020.

“I’ve been swimming off on my own but not with Palomar specifically,” Dickson said.

Since you can’t practice water polo on your own, Dickson has been swimming at her work on base at Camp Pendleton.

Dickson was able to talk about some of the universities she is looking to attend.

“UC Davis is definitely up there and then I will have some reach schools like UCLA [University of California Los Angeles] but we’ll see,” Dickson said.

With Palomar Softball and Baseball able to practice with their teams, Dickson gave her opinion on if she feels it is safe for water polo to start practicing.

Dickson knows that if they’re not practicing altogether as a team that it will affect them next season. Since other Palomar sports are practicing right now they will be above her water polo team, and she said they will need to catch up.