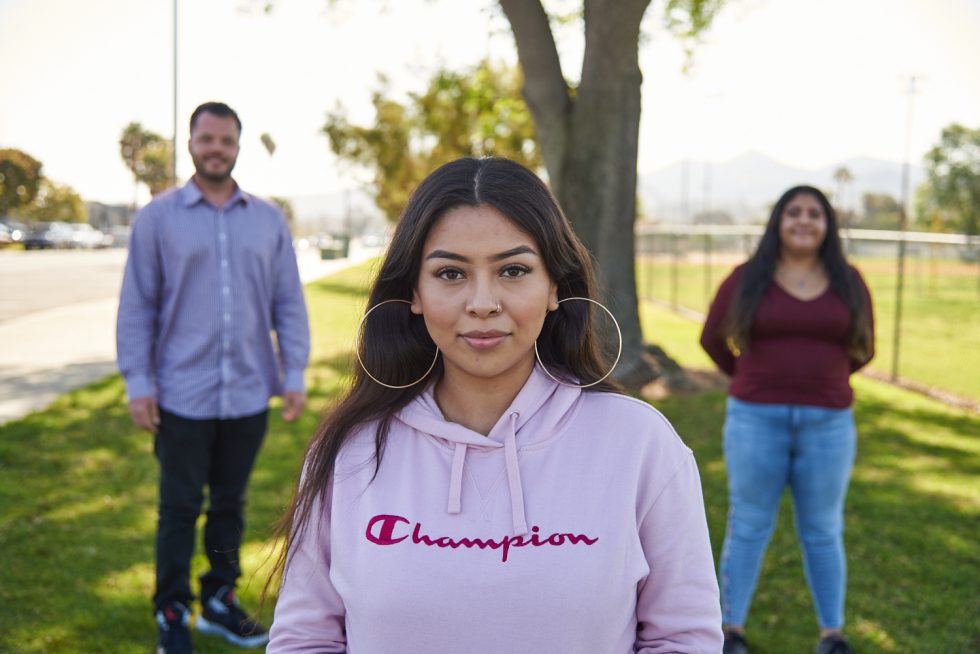 What Is Next for Former Palomar College Student Ambassadors

Aimee Perez, Crystal Figueroa and Kory Nokes have helped support students’ needs at Palomar College and most of them are looking to do the same at the next college they attend.

Aimee Perez, 20, was born in Escondido, Calif., and graduated from John F. Kennedy Middle High School in 2018. In the spring of 2020, she graduated from Palomar College and transferred to University of California San Diego (UCSD). Perez’s major is psychology.

“As a child I was always interested in the brain and people interaction,” Perez said over Zoom.

When Perez first got to Palomar College, she thought she was going to be a nurse.

“My [high school] was kind of like a college preparation school, so you kind of chose what you wanted to do in higher education and you took your classes depending on that, so I wanted to be a nurse,” she said.

When Perez took her first psychology class at Palomar College, she realized that that was what she wanted to do.

After hearing all the feedback from how the students felt supported, Perez became very outspoken about the issue and that is how Palomar College Interim President, Jack Kahn, got in contact with her.

“I went to off-campus retreats and learned about different programs with the Palomar Guided Pathways, I went to meetings with the administration and gave them the student input,” Perez said.

At these meetings, Perez would voice to the administration what was said by her peers: their problems and concerns.

Since Perez transferred from Palomar College to UCSD right at the start of the COVID-19 pandemic, she never got to go on-campus at UCSD in the Fall 2020 semester or this semester.

“I hope to get more intertwined with the school culture on-campus,” Perez said.

Crystal Figueroa, 21, was born in Honolulu, Hawaii, and her mother was in the military. Figueroa grew up all around San Diego, Calif., and graduated from Mission Hills High School in 2017.

Figueroa is currently at the University of California Merced majoring in Computer Science. She graduated from Palomar College last spring to transfer to UC Merced.

On December, 2021, she will be graduating from UC Merced with a Bachelor’s in Computer Science, then hopes to transfer to the University of Southern California (USC) to get her Master’s Degree in Computer Science with an Emphasis in Media Art.

“It was a lot of fun, I learned a lot about Palomar itself and the staff and how committed they are to the students,” she said over Zoom.

“It was a great experience for me just to understand the system better and I enjoyed connecting with other students who had the same goals as I did when it comes to bettering the school,” she added. “It was probably one of the best experiences I had at Palomar College.”

Figueroa explained some of the efforts she made, and they were very similar to Perez’s. Figueroa attended meetings with the administration to voice the students concerns, set up a Guided Pathways booth on the San Marcos campus to talk about what it is and went to local high schools to talk about the resources that Palomar College offers.

Figueroa mentioned that because of the COVID-19 pandemic she wasn’t able to go on-campus at UC Merced and never got to experience student ambassador activities at the university.

“I’m hoping to do it at USC if I get the opportunity,” she said.

“I really enjoyed it, as a Student Ambassador we would give direct student feedback to staff and I think it was especially helpful in making those decisions,” Nokes said over Zoom.

“When there was votes or things that were important to be decided to have that last bit of student input,” he said. “I really enjoyed it, I felt like we had a lot of trusts from staff because we did work hard as students, we did have a lot of creative control especially when it came down to redesigning the logo [Palomar Pathways Logo].”

When Nokes was asked why he made the decision to become a Student Ambassador he said, “I felt like I wanted to give back to Palomar, Palomar gave me a lot of opportunities, going to Palomar opened up a lot of doors for me, it was nice to have a voice and I was recruited to come do the job.”

Palomar College hired him based on the way he spoke his mind.

At CSUSM, Nokes is not currently looking into becoming a Student Ambassador as he wants to focus on his studies.