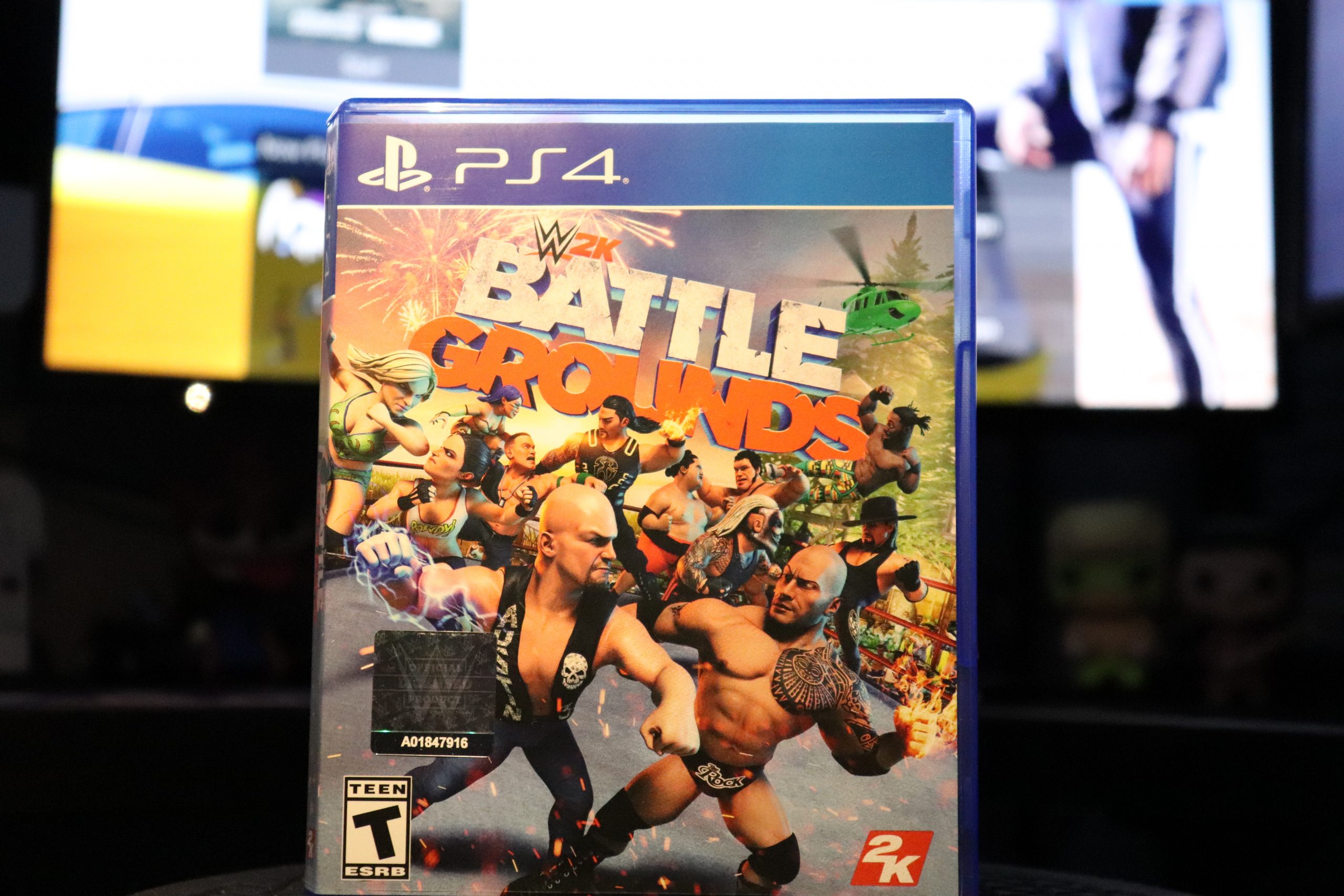 “WWE 2K BattleGrounds” is a game meant to buy time until they could create a better game than last year’s “WWE 2K20”.

“BattleGrounds” is an arcade wrestling game that is a completely different game than any other WWE 2K games 2K has produced. You can compare the art style to 2K’s other game “NBA Playground”.

The dwarf character models and the strange arenas kind of turned me off when I watched the trailer, but I decided to go ahead and try it.

When I started to play the exhibition mode, I thought the roster was oddly small, but I soon realized that damn near all of the characters are locked and need to be unlocked by using in game currency. This was a major disappointment since the wrestlers I wanted to use were all locked.

After being let down I went ahead and jumped over to the campaign mode.

The campaign follows Paul Heyman and Stone Cold Steve Austin as they travel the U.S. for local and unknown talent for their new brand “BattleGrounds”. Through this gameplay, you meet and play as the created characters 2K created.

Although this is an interesting and cool idea, it felt a little bland and uninspired to me. A lot of things in this game is locked behind micro-transactions and leveling up, such as items used to create characters and all of the arenas to play in.

The controls of the game feel a little slow at sometimes and have made the reverse system tougher than it needs to be. This game is also full of glitches and bugs, from falling through the ring to getting stuck in barriers. It can really get annoying and make you want to stop playing the game.

Overall, this game feels like it is trying to ride the coattails of WWE’s past game “WWE All-Stars” and fails at it.

I do not recommend buying this game at full price. You should wait until it goes on sale, and I predict that will happen pretty soon.

Published in Arts & Culture and Home