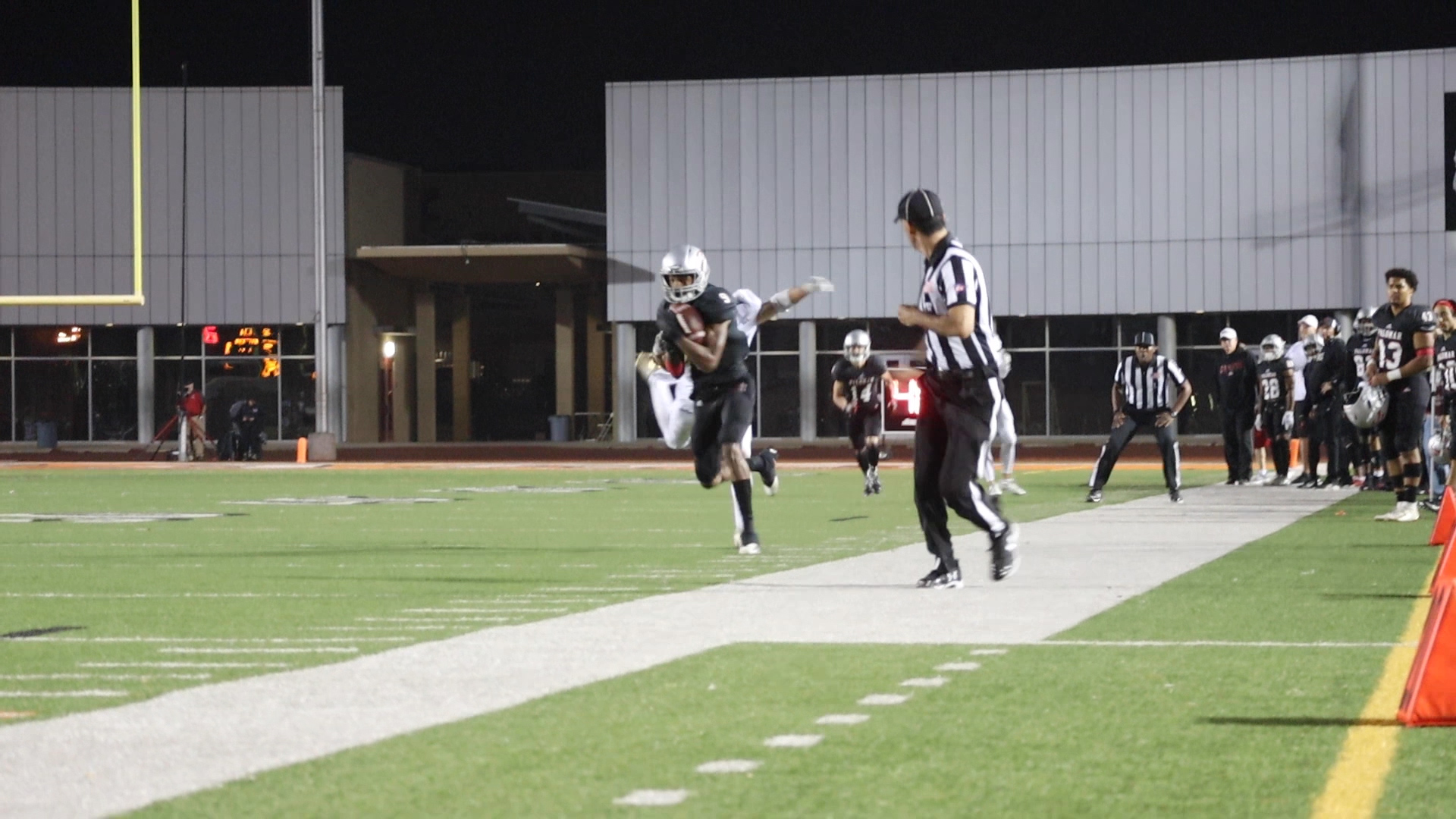 The Comets dropped their season finale on Nov. 16 to San Diego Mesa College 41-31.

This loss ends the Comets season with a record of 2-8 overall and 0-5 in conference play.

San Diego Mesa College (7-3, 3-2) got on the board with a touchdown on their opening drive. The Comets responded with a 69 yard touchdown pass from quarterback Rodney Thompson to tight end Isaiah Batton to tie the game 7-7.

Mesa would go up 13-7 at the end of the first quarter. They had a chance to add to the lead, but Giovanni Herrera picked off their quarterback in the end zone to keep it a one score game.

The Comets took the lead in the second quarter after a 15 play, 80 yard drive that was capped off by a four yard touchdown from Thompson to wide receiver Logan Gamble. That made it 14-13. Gamble had three big catches on that drive, after leading receiver Johnny Armentrout temporarily left the game with a lower back injury.

David Quintanilla would come up with another interception for the Comets defense and they added a field goal before halftime to go up 17-13.

The Comets received the ball to start the second half, but Thompson threw an interception. San Diego Mesa followed that pick with a nine play, 61 yard drive to reclaim the lead 20-17.

Mesa would go up 27-17 on their next drive, but the Comets kept battling.

Thompson would make it a one score game when he found Lamar Raboteau on a pass for a 30 yard touchdown. Herrera picked off Mesa on their next drive, which set up another touchdown for the lead when Thompson found Kyran Griffin from four yards out. Comets lead 31-27. Griffin also had a 55 yard catch down the sidelines on that drive.

Mesa would score on their next two drives to end all hope of a Comets victory. The Comets had a chance to make it a one score game with less than two minutes, but a pass on fourth down and one from Thompson to Griffin was deflected to force a turnover on downs.

Thompson finished 36-56 with 489 passing yards and four passing touchdowns. He was sacked seven times for a loss of 38 yards. Griffin was the leading receiver with eight catches for 116 yards and a touchdown. Gamble had eight catches for 91 yards and Armentrout had six catches for 61 yards, despite missing a majority of the second quarter with a lower back injury.

On defense, the Comets forced three turnovers, including two interceptions by Herrrera who also had four tackles. Vavega Sialoi led the team in tackles with eight. Tyrus Hodgins had three tackles and one sack.