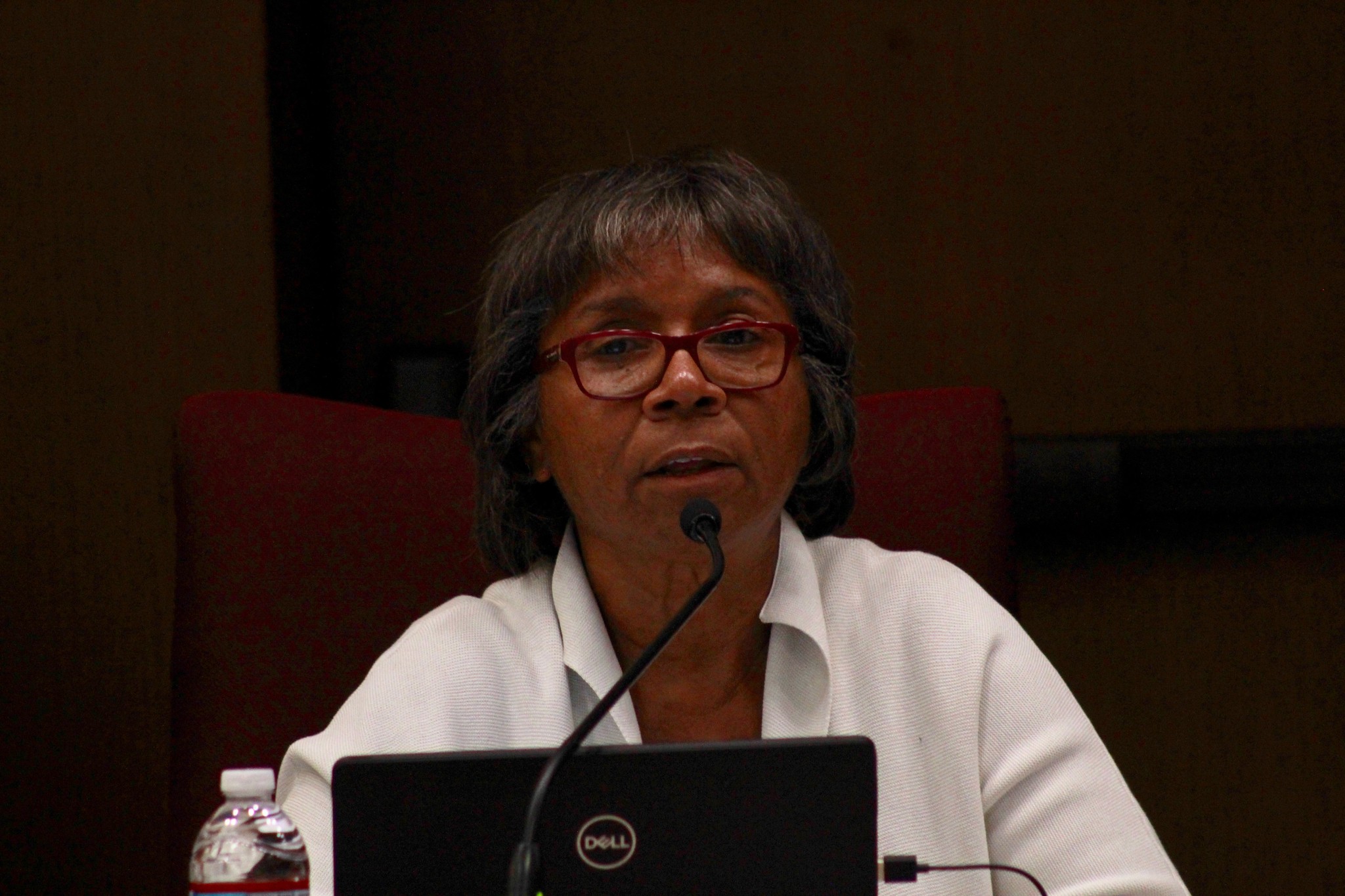 Faculty members gathered to create a resolution requesting President/Superintendent Joi Lin Blake’s immediate removal determining that they do not have confidence in her leadership.

President Blake sent an emailed response to the poll results, saying that “intentional, transformational change takes time. Over the past three plus years, we have addressed difficult long-standing obstacles that have prevented the College from attaining fiscal stability.”

Blake further said that there is much more work left to complete in the future, and that it will not be an easy task.

“To maintain our high level of public trust and promises to the students we serve, our governance structures and financial priorities must evolve,” Blake wrote, “I am committed to seeing these intentional changes through and look forward to the long-term financial stability to come.”

Two English professors, Barbara Kelber and Jerry Jenkins, presented a petition to the Faculty Senate that requested the initiation of a poll to determine the level of confidence that faculty members have in Blake’s leadership.

The poll was distributed to 321 full-time faculty members on Oct. 4. The results were revealed on Oct. 22 in an email sent by Craig Thompson, the Faculty Senate president.

Approximately 75 percent of full-time faculty members responded to the poll. Out of 237 votes, 92 percent of participants voted that they have no confidence in the future of Blake’s presidency.

The results further revealed that 20 respondents voted that they do have confidence in Blake and three ballots were disqualified.

As a response to the vote, the Faculty Senate decided to create a resolution that would call for Blake’s removal.

“We can pretty much anticipate what the board is going to do, they’re going to say ‘thank you very much’ and do what they want to do anyhow,” Jackie Martin, a member of the Faculty Senate said. “We felt that we really need to have some strong language in the resolution and not just the numbers.”

Teresa Laughlin, Faculty Senate member and Co-President of Palomar’s faculty union, spoke about the issues that the resolution will address.

These issues included the claims that President Blake has failed to remain fiscally responsible, adhere to board policies regarding hiring and has not followed shared governance procedures.

The resolution discusses these issues in depth, citing specific initiatives that were approved by Blake, such as the establishment of the Middle College program without required discussion, efforts requiring diversity status for applicants while hiring and the resignation of “several skilled, qualified administrators.”

Faculty members present at the Faculty Senate meeting on Oct. 28 agreed to officially demand Blake’s resignation in their resolution.

“It seems the obvious thing,” Martin said. “I think it’s important that we state it.”

Thompson will present the resolution to President Blake and board trustees at the Governing Board meeting at 5 p.m. on Nov. 12 in room SSC-1.

President Blake is one of two female president/superintendents to receive a vote of no confidence in Palomar history.

In 2003, Palomar President Sherrill L. Amador received a vote of no confidence from faculty and classified employees.

The poll was initiated after a member of the English department, Jack Quintero, created a petition with signatures from 10 percent of full time faculty members.

Out of the 220 faculty members that participated in the vote, 90 percent voted that they had no confidence in Amador’s leadership.

Faculty members initiated the poll when Palomar entered a financial crisis, and tensions rose when administrators proposed faculty layoffs. Amador was cited as the cause of these issues, and faculty said that they were a result of her “mismanagement” and “leadership skills,” as reported in a past issue from The Telescope.

In recent events, many faculty members throughout Amador’s presidency showed their discontent at governing board meetings.

Faculty members reportedly “pounded on windows, shouting ‘Change your venue!’” when over 200 faculty members attended a meeting in the governing board room on April 8, 2003.

This has resulted in attendees exceeding the room’s capacity of 92, forcing attendees to stand outside of the boardroom to maintain safety regulations.

The Palomar Faculty Federation, the faculty union, submitted a formal request for the upcoming Governing Board meeting on Nov. 12 to be moved to another room.

According to Laughlin, there has been no response to the request.

As a result of Amador’s vote of no confidence in 2003, trustee Mark Evilsizer, who is currently Board president, said that Amador “deserves an opportunity to change.”

Amador remained Palomar’s president until she made the decision to retire the following year in July 2004.