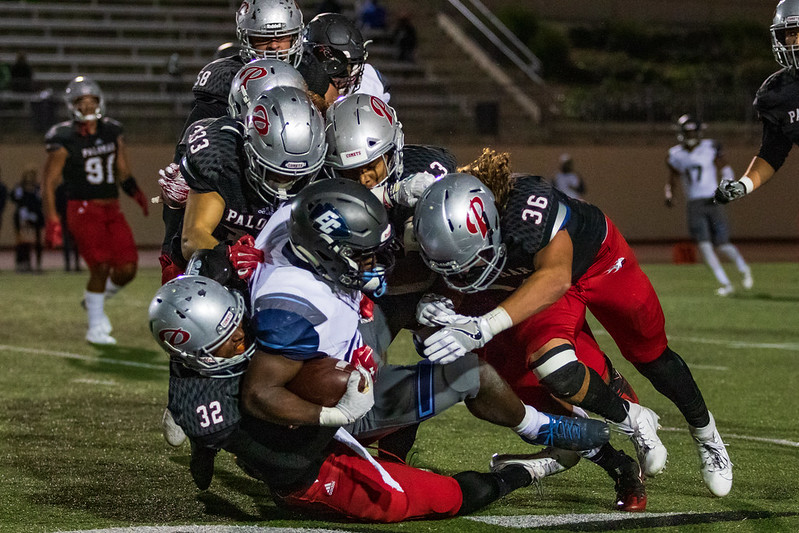 The Palomar Comets are now 0-3 in conference play after losing to El Camino College 38-20 on Nov. 2.

After going down 14-0 early in the first quarter, the Comets put together a solid drive. Quarterback Rodney Thompson scrambled on third down and long twice to get first downs and keep the drive alive. The Comets got on the board that drive when Thompson found Johnny Armentrout for a 36 yard touchdown.

The Comets moved the ball downfield well during the second quarter, but they couldn’t get the job done in the red zone. They turned the ball over on downs in the middle of the second quarter. Then on their next drive before the half, they ran 6 plays inside the five yard line and were forced to kick a field goal to make it 17-13.

Those missed red zone opportunities would cost the Comets because they struggled to move the ball in the second half. They went three and out on their first two drives of the third quarter. The Warriors went up 24-13 in the third quarter.

The Comets were set to add on again to start the fourth quarter after forcing a fumble and getting the ball on the El Camino five yard line, but Thompson was sacked and fumbled the ball. The Warriors scored to extend their lead to 31-13.

Thompson and Armentrout would go on to connect for their second touchdown of the night, this time from 13 yards. Armentrout lead the team in receiving with 104 yards, 9 catches and 2 touchdowns.

Thompson lead the team in rushing with 78 yards. He also finished 21-40 through the air with174 passing yards.

Palomar dominated the time of possession in this game, they had the ball on offense for 38:42, but the offense didn’t find the end zone enough.

The 2-6 Comets will play their next Conference game on Nov. 9 at Cerritos College. Their next home game will be an alumni game on Nov. 16 against San Diego Mesa College.