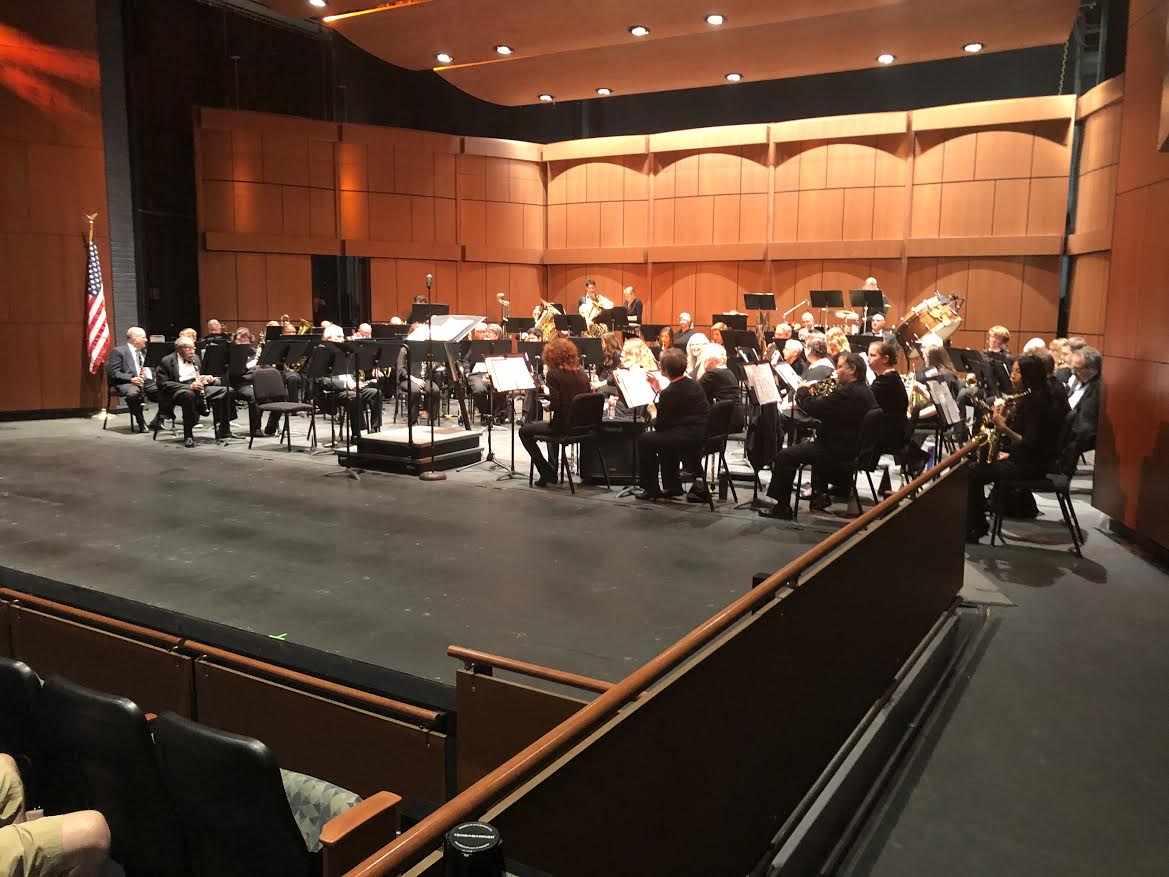 Palomars performing arts department recently held a concert or symphony called Well Seasoned, which in director Ken Bell’s words was a “night to celebrate the change of seasons.”

The concert was held on Oct. 12 in Palomars famous Howard Brubeck Theatre, which was almost at max capacity.

The band was made up of about 70 people who played all kinds of instruments like Flutes, Clarinets,Trumpets, Saxophones, Trombones, Tubas and much more. It also included a special performance from the cello.

“I want them to hear as always in any of our concerts the different combination of sounds that a concert band can make,because we will have about 70 individual instruments which can get very loud,” said Bell.

There were a total of eight pieces to be played, with two of the pieces including dancers to perform along with the music. One was a group of 11 dancers who were choreographed and lead by Dr. Molly Faulkner and the next were two Brazilian samba dancers.

“The ability of our dancers to work with live music is a really important part of their education, and you need a level of artistry and sensitivity as a professional dancer and this really gives them an opportunity to develop that skill because the music will never be the same twice,” said Faulkner.

The symphony began with our “National Anthem”, then moved on to the first piece named “October” which in Bell’s words is very “Atmospheric” and is written by Eric Whitacre. Next up was “L’Automne”(Autumn) which celebrates everything the season has to offer, it was paired with a dance number choreographed by Dr. Molly Faulker and written by Alexander Glazunov. Next was “Autumn in New York” a very famous Jazz piece by Vernon Duke followed by “Winter Carnival” which is about having fun and going out and playing in the snow, which is composed by Hugh M. Stuart. After the first couple pieces there was about a 15 min break so that director Bell could take some time to speak with his audience about the show or to see if they had any questions.After the break they began with the piece “Outdoor Overture” by Aaron Copland which is particularly not about the change of seasons but about the outdoors. Then was The Four Seasons by Antonio Vivaldi, followed by an African Samba piece Batucada by Don Alfonso which included two Brazilian samba dancers that accompanied the music. To end the night they performed American Flourish a patriotic tune written by Robert W. Smith.

Each piece that was played was very vibrant and well rounded and I would recommend the show to anyone if it was to ever return.