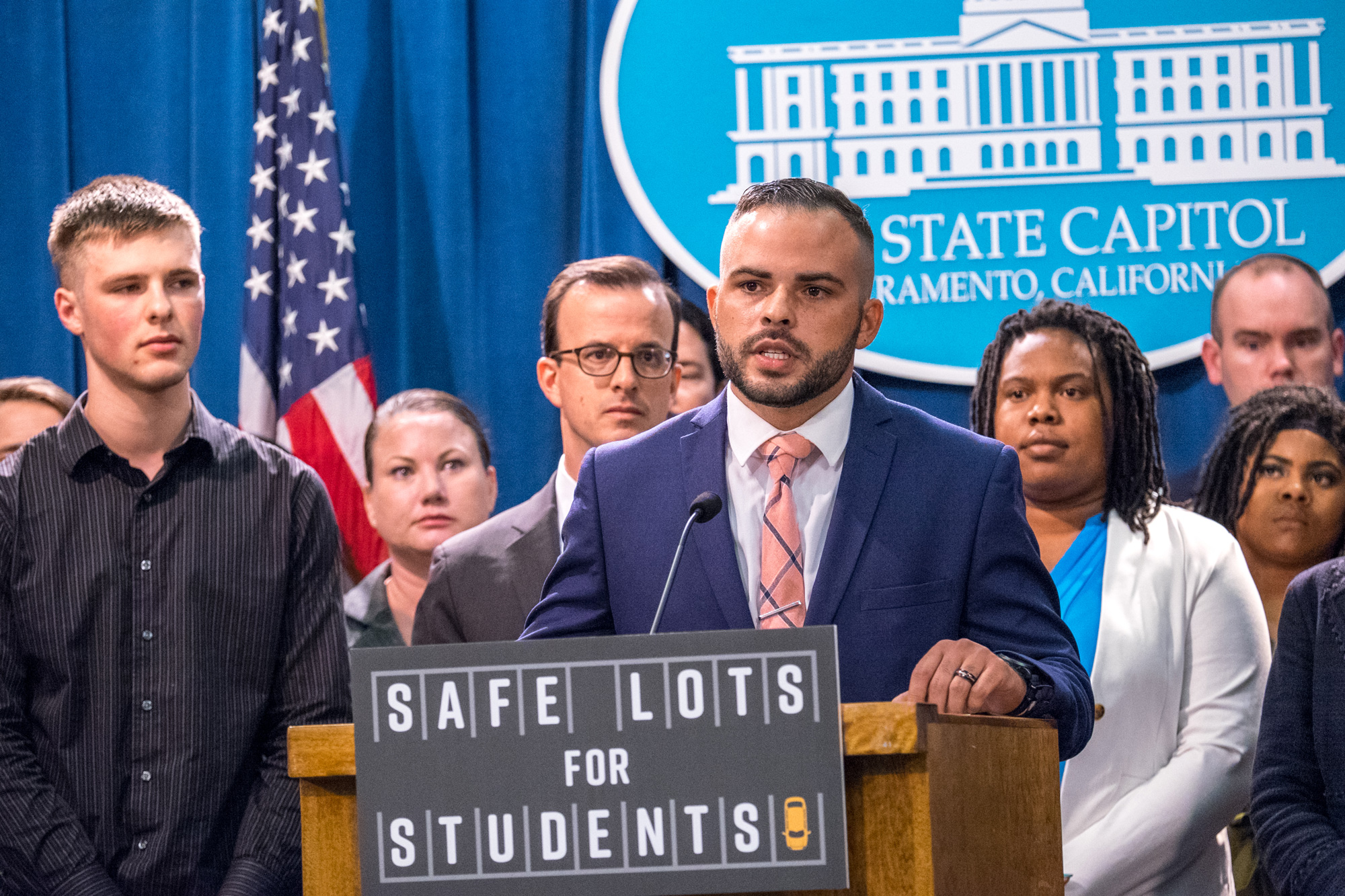 Overnight parking provided for students and staff facing homelessness or housing insecurity was proposed to the governing board back in May of 2019 and has since been building momentum ahead.

Sitting down with the current president of the ASG, Linus Smith has worked closely on this matter from the start. The driving force behind White’s drive is revealed.

Years ago after transitioning from military service to college student, White found himself without a place to live. He had struggled to succeed academically as the uncertainty of sleeping conditions took precedence over his life.

In the fall of 2018, The Hope Lab for College, Community, and Justice conducted a nationwide study to assess the hardships of basic needs for students of two and four-year colleges.

Hope Lab surveyed 123 institutions were surveyed, including Palomar College. Sixty percent of respondents enrolled in two-year institutions reported facing housing insecurities, while 18 percent reported to have been homeless currently or in the past year.

“I think that as a society, we can do better than that,” Blake said.

In opposition to overnight parking, she has proposed a ‘safer’ transitional  housing program that would provide students with nightly hotel vouchers.

Although vouchers could provide relief, it raises concerns in execution.

Blake mentioned that transitional housing would be located at the nearby hotels, and would cost $100 a night, and overall $3,000 a month. It’s intended to be a temporary solution until permanent student housing is established at Palomar.

There is also the issue of securing donor support, which could take months from the time a decision is made to move forward.

This is why Smith is fighting for a more immediate solution. Approval of overnight parking could put Palomar College ahead of the curve.

Assembly Bill 302 proposes a new law that requires California colleges to offer parking and use of shower facilities to students overnight.

This bill was proposed by assembly member Marc Berman who, after hearing from numerous homeless students, wanted to act quickly.

In an article by The Sacramento Bee, Berman is quoted as saying, “the harsh reality is that students are already sleeping in their vehicles. When we do not provide a safe place for students to sleep, we force them into the shadows.”

He further explains that the long term approach is more housing, but overnight parking is a step towards ensuring student safety for now.

Many details regarding overnight parking at Palomar still need to be assessed.

Smith discussed how there are many reasons why establishing the overnight parking program at Palomar would look good for the college.

“Any (reason) is a good enough reason to do it alone,” Smith said. “And we have all three. I personally think it’s a no brainer.”

Smith said that Palomar officials could likely utilize the lot located at the front of campus near the football field.

Due to its close proximity to bathroom facilities and  the single entrance and exit would make it easier to monitor and keep safe.

The support for students wouldn’t stop there. Smith wants overnight parking to be act as a starting point for help.

“We’re not just saying ‘okay you’re here, stay as long as you like,’” Smith said. “We also want to connect students to resources to get them out of that situation.”

He believes this is a way to find students in need.

“I’m not going to stop talking about it until it gets done, and I believe it will.”

Smith has gained support on this matter from numerous faculty senate members and has been spending countless hours walking the campus to inform students and collect signatures.

He plans to further address this matter at the next governing board meeting, which will take place at 5 p.m. on Sept. 10 in SSC-1.

Smith has requested to place the overnight parking on the governing board item agenda.

All students and staff are welcome to attend the meeting.

To learn more about the overnight parking issue or to sign the petition, contact Linus Smith at lsmith1@palomar.edu.