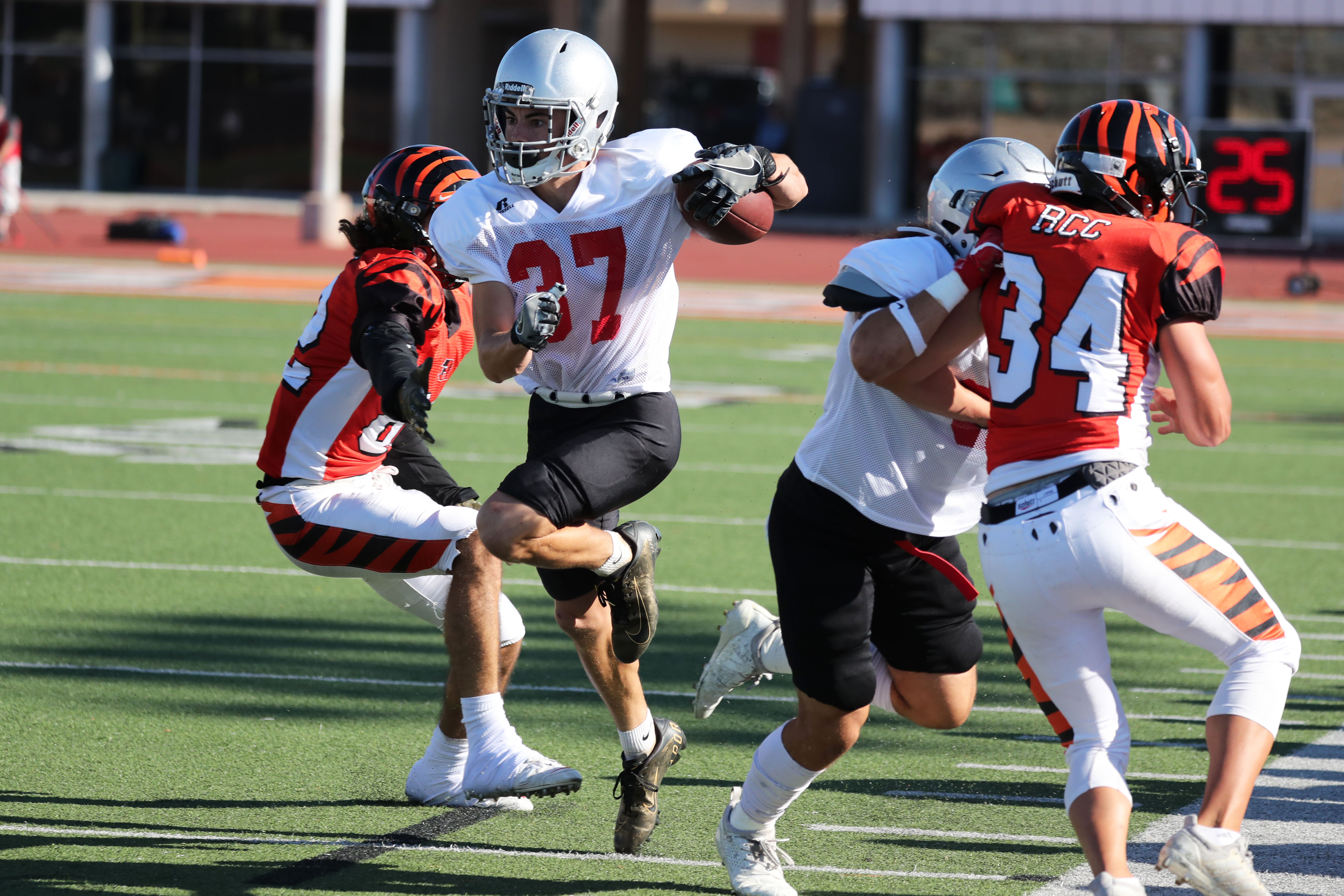 *The stats and standings from these articles are updated as of Sept. 4th, 2019.

Palomar football is primed to make a deep playoff push this season in the Southern Conference.

The Comets finished 6-4 in the regular season last year and averaged 375.5 yards per game on offense. In the playoffs, they lost in the Beach Bowl to Southwestern College 28-24.

Led by head coach Joe Early, they are positioned to make it further into the postseason in 2019. They have 38 freshmen and 26 sophomores returning to the squad.

They will be on the road for two weeks to take on Southwestern College on Sept. 14 and Citrus College on Sept. 21. On September  28 they will have a home game at 6 p.m. against Ventura College. All home games are played at Escondido

With the 2018 season behind them, the Palomar Comets Women’s Soccer team looks toward 2019

Last year, the Comets had one victory, which consisted of a 3-0 Divisional Conference shutout over San Diego Miramar.

In May 2019, the Palomar Comets also lost two key players from their team, who both signed to four-year universities. Samantha Kaye-Toral, a previous starting midfielder for Palomar, committed to Central Michigan University, which is an NCAA Division I school. Along with defender Madison Dickinson, who committed to NAIA Division I school Ottawa University in Arizona.

The women Comets have their first regular season game of the season on  Sept. 3, 2019, at 3 p.m. and will be on Minkoff Field at the Palomar San Marcos campus.

The Palomar Comets women’s volleyball team is diving into the new season with five upcoming games.

On Sept. 11, the Comets will play an away game hosted by Golden West at 5 p.m. Following that there will be two home games, one on Sept. 13 starting at 5 p.m. against Bakersfield and another one on Sept.  18 against San Diego Miramar.

The Women’s Volleyball Comets will have to adjust to the loss and push forward this season. Despite this loss, the Comets have several returning players, Emily Lopp, Laurel Kerner, Alina Lecakes-Jones, Maile Counts and Zandrea Brown to help lead the team to a winning season.

On the women’s side, Head Coach Mandy Simon is leading a team of 10 Comets. Seven of them are first-year athletes.

Simon is looking at her three veteran players to guide the freshmen in the season ahead.

The Comets’ next meet is on Sept. 25 at home versus San Diego Mesa College

Led by Head Coach Kody Moffatt, the men are coming off of a 2018 season that ended with three players on the All-Pacific Coast Athletic Conference first team and two others on the second team.

Palomar Men’s Water Polo will be playing in the Mt. SAC Tournament on Sept. 20 before facing San Diego Mesa College at home on Sept. 25.

Palomar Cross Country is off to the races.

Sophomores Jolie Beentjes, Mila Beentjes, Breeana Frain and Lessli Maldonado are returning to the women’s team this year. Additionally, several freshman got off to a great start including Addison Rose who finished sixth overall in the first meet with a time of 21:51.40 and Liliana Prieto who finished seventh with a time of 22:02.80.

Their second meet took place on Sept. 6 at the Palomar Invitational. Their next meet will be the SoCal Preview on  Sept. 13 at Mission Bay Park.

The 2018 season was not ideal for the Palomar Comets men’s soccer team. With a record of 5-12-3, the Comets struggled to compete with many of their opponents.

Over the summer, the Comets lost their lead scorer and two-time PCAC All-Conference player, Aaron Garcia, who signed a letter of intent to William Penn University in Oskaloosa, Iowa.

They won their season home opener 2-1 against the Moorpark College Raiders on Tuesday, Aug. 27. The goals scored by freshman Will Eskridge and sophomore Arturo Soltero was enough to hold back Moorpark, as the Raiders scored a late goal in the second half.

On Aug. 29, they lost 3-1 against Norco College. Freshman Henrique Rubim scored the lone goal for the Comets. They now move to 1-1 on the season.

Palomar’s women’s golf has teed off the season with a fresh roster including three freshmen and one sophomore.

The four golfers on the roster are sophomore Maricel Nabor and freshmen Kathy Henderson, Hailey Bjernkes and Kumi Higuci.

The women started their season by placing fifth out of nine teams at the South Coast Classic with an overall score of 783 and finishing behind Mt. San Antonio College who ended with 664.

Freshman Kathy Henderson led the Comets with a score of 77 on day one and 80 for day two, for combined a score of 157, finishing seventh overall in the tournament.

Their next tournament is on Sept. 9 at Mt. San Jacinto at 11:00 a.m. They will then continue away tournament play on Sept. 11 at Fullerton Community College.

Their first home tournament will be on Sept. 25 at St. Marks Golf Course.