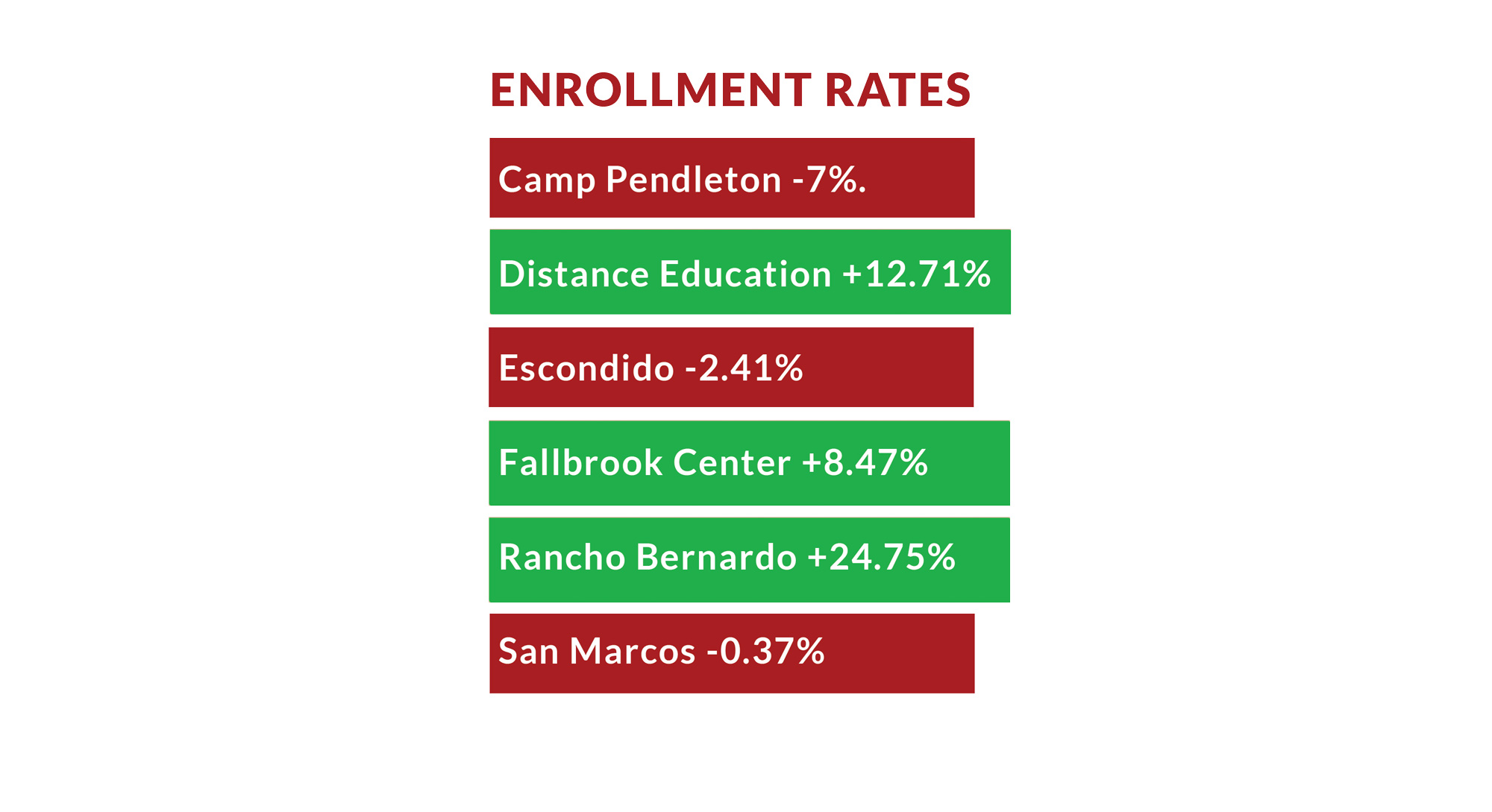 SAN MARCOS — In a recent press release sent out on Sept. 3 from the President’s Office of Palomar, enrollment records indicated that there has been an overall 2.36 percent in Full-Time Equivalent Students.

According to the report, the increases have been a result of increasing tutoring access to students as well as having quality educators and faculty.

The Rancho Bernardo campus experienced a 24.75 percent bump up in enrollment and the Fallbrook Center’s enrollment also raised by 8.47 percent. Distance Education enrollment increased by 12.71 percent.

The Camp Pendleton center’s enrollment decreased by 7 percent, but according to the report, this is as a result of a “larger than average amount of deployments.” Along with this, the Escondido Campus enrollment reduced by 2.41 percent and the San Marcos campus by .37 percent.

Administrators hope to see a further increase in enrollment as Fast Track 2 classes will begin in October.