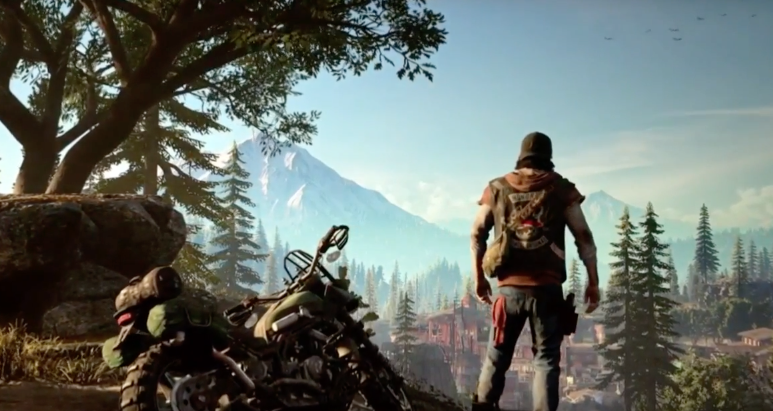 ‘Days Gone’: The excitement is real for Sony’s newest game

With summer quickly approaching, the gaming developers at Sony Interactive Entertainment Bend Studio are anticipating the release of their newest and hottest game, “Days Gone” which was released on April 26, 2019 on the Playstation 4 console.

The gaming community has long awaited for this game to be released, since the game has been in production since January 2015. It is also a Playstation exclusive, meaning that it is only being released on Playstation 4 consoles, which could potentially cause some uproar for players that prefer XBox consoles or PC (personal computer) gaming.

Even though “Days Gone” was suppose to be released on February 22, it would be later delayed until April 26 to allow the development team to polish the game and its features to make sure that it is near perfect in time for launch.

“Days Gone” is an action-adventure survival horror video game taking place in a post-apocalyptic open world in the Pacific Northwest. You play from a third person perspective, controlling Deacon St. John, a former outlaw-turned-drifter and bounty hunter who prefers to live life on the road.

The game begins two years after a global pandemic occurred and killed almost all of humanity, and transformed millions of other people into mindless zombie-like creatures called “Freakers.” The more bizarre thing is that not only people are affected by this global pandemic. During gameplay, you will come across infected animals such a wolves and bears, who will be like nothing you’ve seen before.

Some “Freakers” move in a “Horde” or a hundreds of individual Freakers. Hordes eat, move, and attack together as one. Some Hordes may roam the highways at night, while others find a food source that keeps them in a single location.

The player will try to complete objectives any way they can, such as being stealthy and sneaky or deciding to go in guns blazing. There will be a dynamic weather system and day-night cycle that will make “Freakers” weak and slow by day, but strong and fast at night. The player’s main transportation is Deacon’s motorcycle that can be modified as you complete missions. They will also be able to craft weapons and improve combat efficiency.

Now “Days Gone” isn’t going to be exactly like every other zombie-killing game that has been released, such as “Left for Dead” and “Left for Dead 2.” The gaming community believes that this game is going to be one that will go on to win many awards, and it has been a while since a good zombie game was released.

Will “Days Gone” live up to the hype or will it let the gaming community down? Stay tuned to find out.