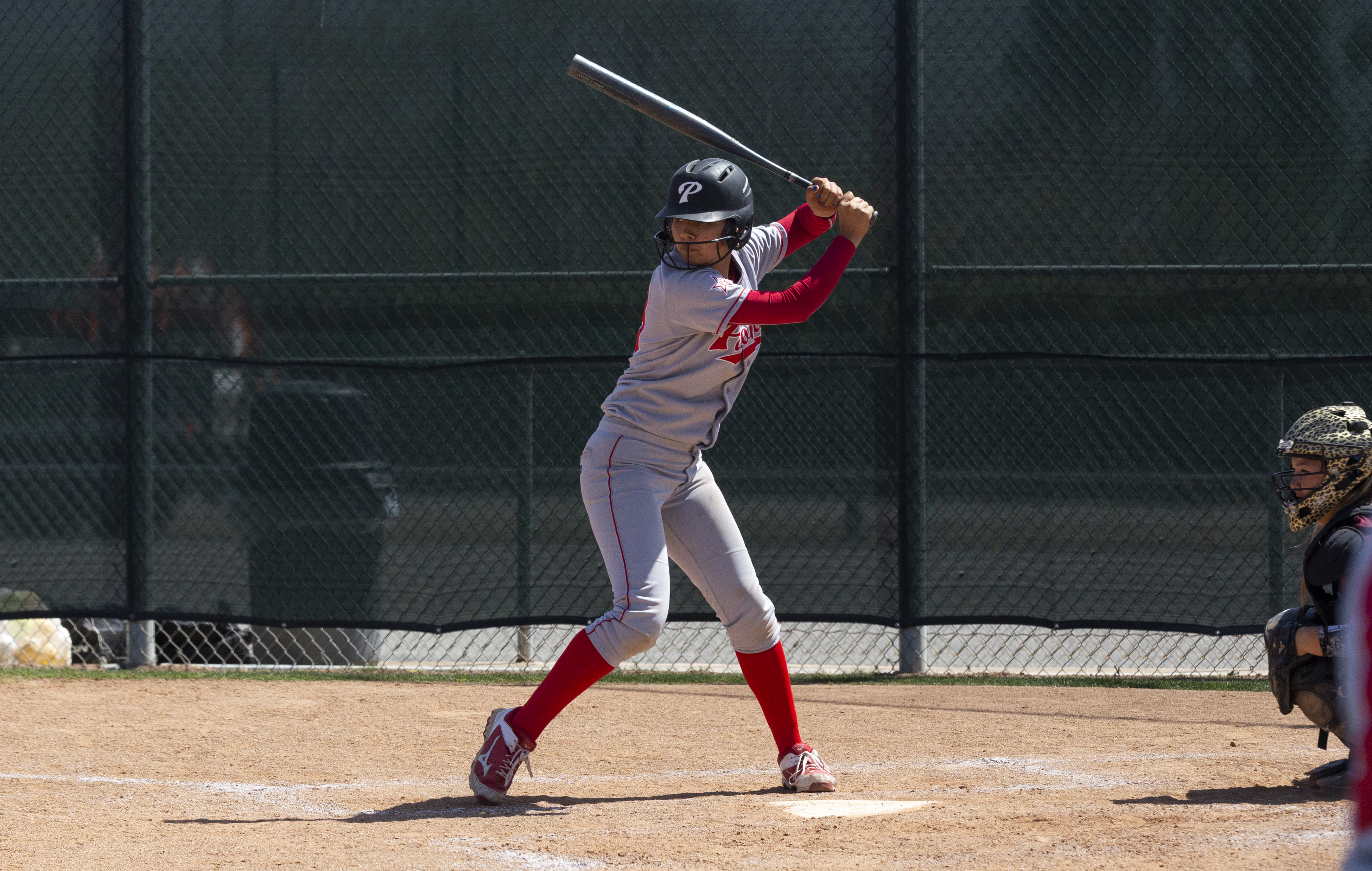 The shut-out performance was a team effort with diving catches by Kylie Pignone and Hughen striking out eight straight batters.
The Comets had a break out four-run first inning resulting from several errors by the Cougars.

“The first inning we were just kind of opportunistic on the bases and took advantage of what they gave us,” said assistant coach Marissa Valdez.

Allie Hughen’s offense was on par with her defense. Hughen was robbed of a possible home run when Cougar’s left fielder Kaitlyn Post snagged a long fly ball that could have gone over the fence. Allie also smoked a line drive single down the third-base line in the fifth inning. All this after overcoming an ankle injury the kept her sidelined for a month mid-season.

The team chemistry and focus was evident as the defense called out adjustments anticipating a bunt or strong hitters. “We really like, have a lot of unity and yeah, we’re getting a stronger bond, which always helps,” said Hughen.

Third baseman Sarah Fischer swarmed a choppy bunt yet had the poise to not hurry her throw to first to get the out. Fischer also showed her explosiveness by diving headfirst into second base, stretching a single for an extra base after a wild throw. Athletic Director Scott Cathcart pointed out that Fischer is one of the top prospects in the state coming in 2nd in the PCAC in batting average at .487.

Heading into the postseason the Comets team unity and dominance will serve them well coming off a 14 game winning streak and a home record of 20 -1. The playoffs schedule will be released the first week of May and Palomar expects to host the first round at home. Coach Lacey Craft seemed deliberate and focused, keeping her attention on one game at a time. “ We have to finish this game. And next Tuesday,” said Craft.

That attention to detail and laser focus on one play at a time seems to have been successful in helping the Comets control their destiny. Between innings, all players took the field warming up and huddling up, talking strategy. The team unity and preparation seems to have helped the team build confidence and trust. “That’s really like, reassuring for me knowing that they’re back there,” said Hughen. With the competition getting tougher as they start their playoff run the team hopes the momentum and hard work will end in Bakersfield at the state championship

”It’s good that we’ve done what we’ve been able to do at home but we’ve got to keep doing that on the road,” said Craft. Palomar’s tradition of making the postseason does not seem to affect this young team of which many are in their first year. “We feel pretty confident. We have a couple of things to work on. But we have it. We have all the pieces. We just need to pull them out when we need it,” Hughen said.
The Comets swept the doubleheader winning the second game 12-1.