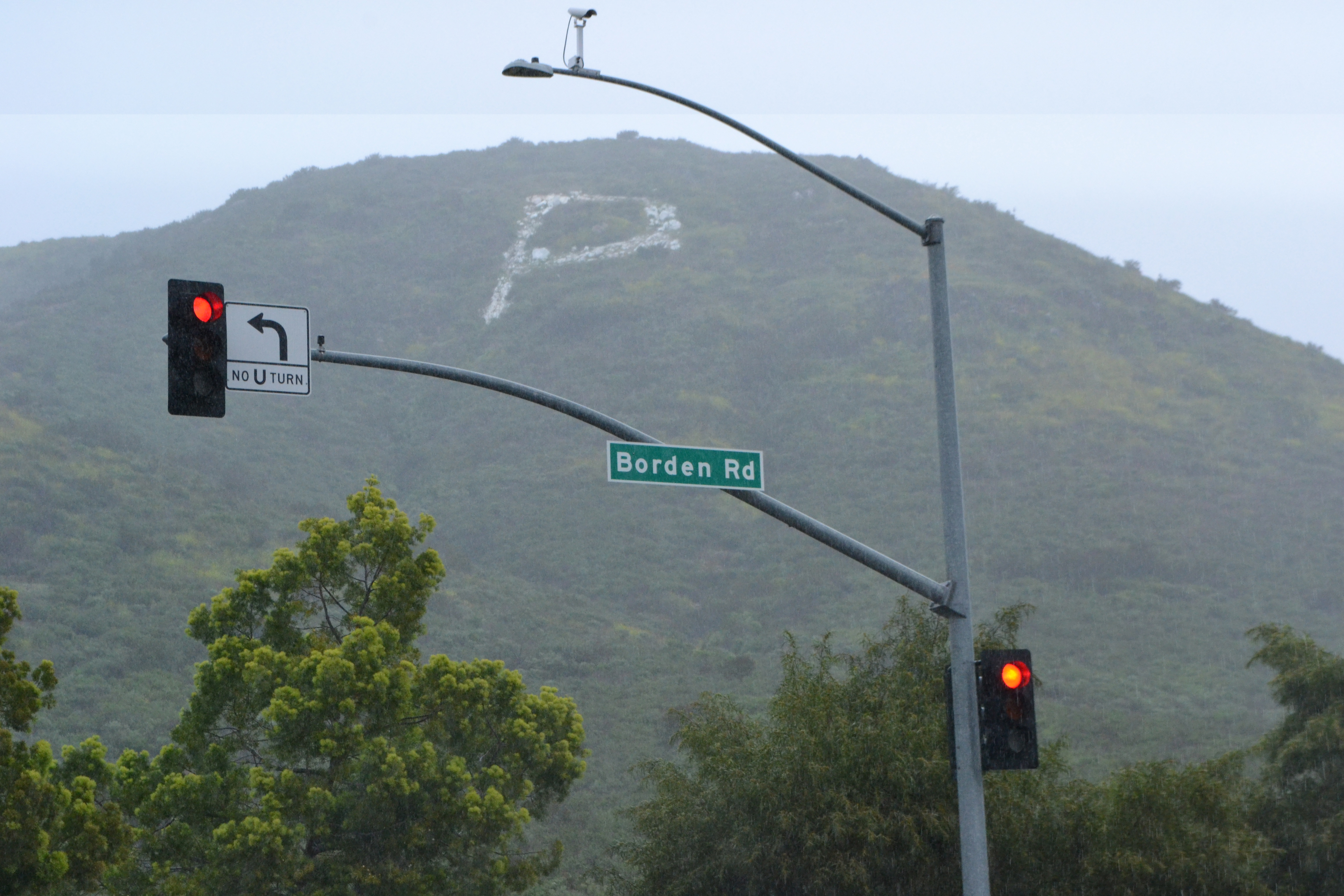 Palomar student Keita Fukumoto, 19, was the victim of a hit-and-run accident at the crosswalk of Borden Road on the evening of Feb. 5. Fukumoto was rushed to emergency care to undergo brain surgery.

The driver fled the scene and remains unknown, however, they were reportedly driving a dark colored Toyota pickup truck. Fukumoto’s last known condition was stable, but he remained in the ICU.

Incidents like this give the Palomar College Police Department the opportunity to spread awareness about campus safety.

Palomar’s Chief of Police, Chris Moore, noted in an interview that students can be distracted going to and from class, and that many come and leave at the same time due to scheduling. These factors heighten the overall risk for accidents, especially during the first few weeks of the semester.

Upon witnessing or being involved in an accident, Moore listed several resources that Palomar students and staff can utilize.

“If they’re involved in a traffic collision, they can either use one of the emergency blue phones,” he said, which are distributed across the campuses.

Another method would be to call 911, and if it occurred on site the sheriff’s office will contact the campus police.

The PCPD can also issue tickets beyond parking citations, but only if it’s “a chronic issue or it’s a safety issue.” They choose to “educate first,” according to Moore.

Aside from the procedures already in place following an accident, Moore mentioned actions the PCPD is taking to prevent more collisions from occurring. One way is monitoring heavily populated areas at peak times of the day.

“At different times we try to help and do some manual traffic control, just monitor what’s going on,” Moore said. “We’re just trying to be that deterrent but also remind people what the rules are on campus.”

The sprinter station, and busy parking lots are just a few places an officer could be stationed to remind people to stick to the 15 mph campus speed limit.

“Another vulnerable point for us is the early childhood education lab,” Moore said. “The opening of campus there’s a stop sign, there’s lights on the crosswalk, there’s children crossing, we try to put an officer out there as a deterrent.”

Moore stated that this type of enforcement has proven to be successful in regulating vehicular traffic. Nevertheless, the PCPD is always looking for new ways to improve the roads for drivers and pedestrians alike.

With construction on campus, he said they’re realizing there are some spaces with substantial interaction between vehicle and pedestrian traffic.

Some ways they decrease this contact is by adding lighting, fencing, altering the angles of roads and blocking off specific areas.

Moore urges students and faculty to be mindful of their surroundings and continues to educate on the importance of campus safety.

If you would like to know more about campus safety or have information regarding the hit-and-run driver, call the PCPD at (760) 744-1150 or stop by the police station on the San Marcos campus.