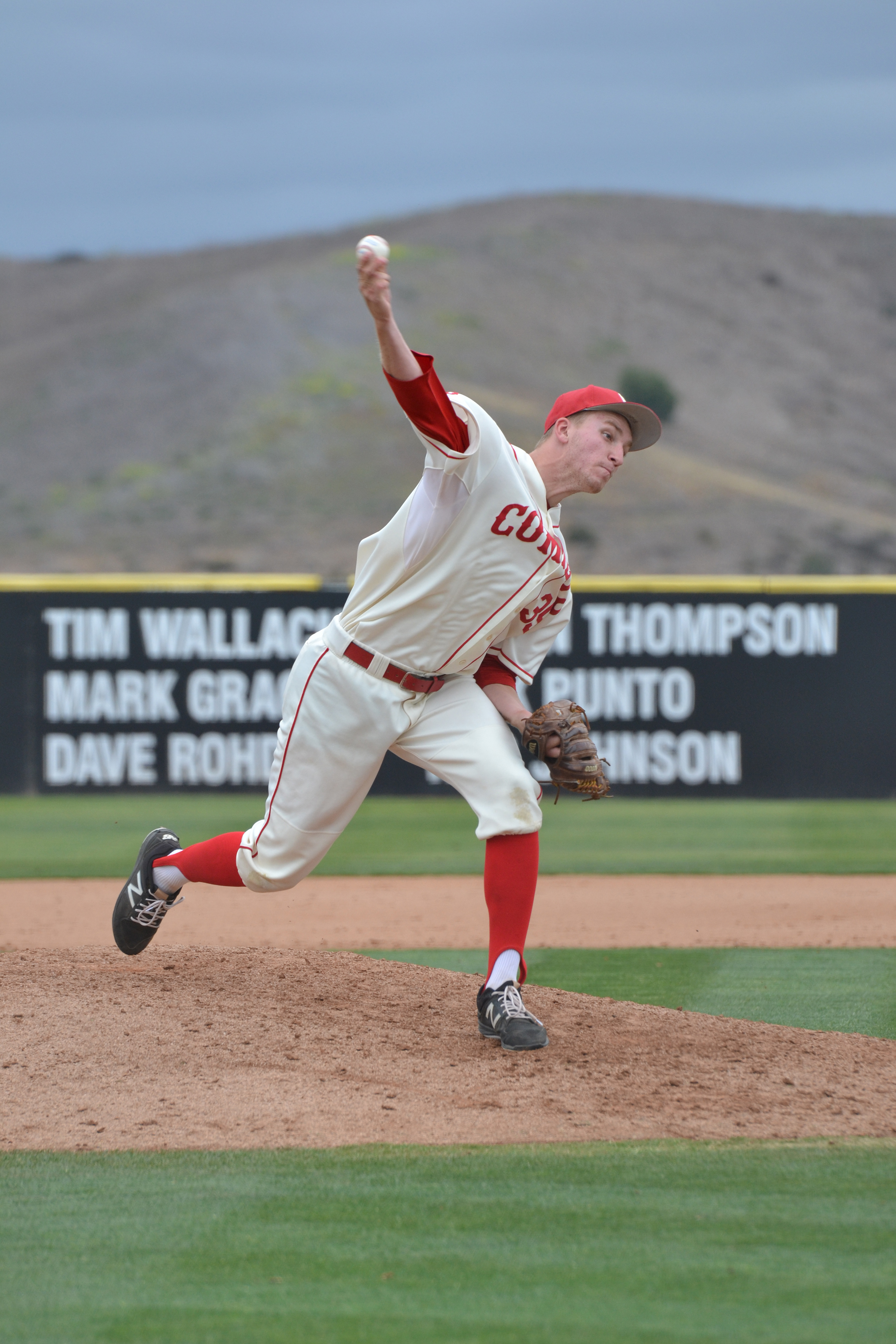 Comets take down Lancers 5-4 in thrilling match up

Palomar defeated Pasadena City 5-4 in a tight matchup. Homeruns by each team in the first inning lead to a close game throughout.

Comets starting pitcher, Parker Askegreen, was able to escape the second and third innings unharmed both ending with the bases loaded.

After a speedy triple in the bottom of the fourth by lefty Adrian Collazo and a fielder’s choice to bring Collazo home the Comets took a 3-2 lead.

The Lancers respond back with two unearned runs in the top of the fifth, 3-4 Lancers. In the bottom of the seventh inning, the Comets brought in a run to even the score. With runners on first and second base and one out freshman outfielder Cameron Rowles slapped a base hit line-drive into left field, scoring the runner on second base to take a 5-4 lead.

Andrew Reitmeyer, a hard throwing righty, was brought in to start the ninth inning. He struck out the side to seal the deal for the Comet victory.
After the game Reitmeyer said, “We trudged along the long game today with our high energy. We have really important games coming up, we would like to keep this momentum and positive attitude going!”

Ben Adams added, “We are just glad we came out on top”.

The Palomar College Comets have a winning record this season of 7-1. There next home game is Friday the 15th at 2:00pm vs. Saddleback College.