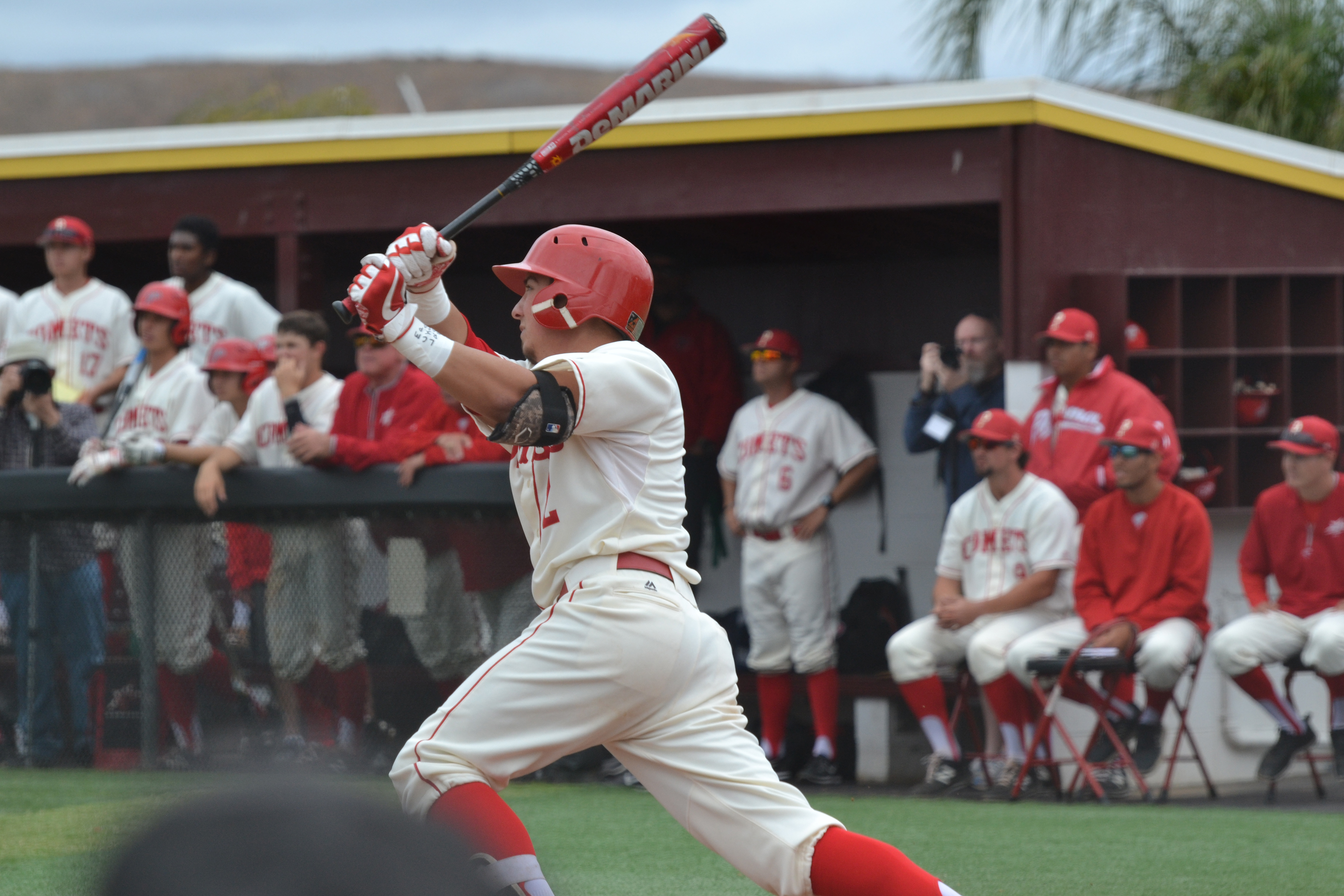 It’s that time of year again when the sounds of dribbling basketballs and the pings of aluminum bats fill the campus air. As teams start their season working towards the common goal of a state title. Here’s a quick update on how the first few weeks went for Comets Athletics.

The baseball team ended their season last May with a heartbreaking loss to Saddleback in the Super Regional round of the postseason, but with the start of a new season and under new head coach, Ben Adams the team is off to a hot start. The Comets picked up four wins in their first games of the season. The team is currently batting at an average of .252, and have a .387 on base percentage. The team will be taking on Saddleback Feb. 15 at 2 p.m and they begin conference play Feb. 26 at Grossmont.

SOFTBALL
After a second place finish last year, Comets softball are getting back to their winning ways by winning their first two games by a large margin with final scores of 11- 1, and 9-0. The team is as a whole is currently batting .435 and have a .438 on base percentage. The team will be home Wednesday Feb. 20 against Mt. San Jacinto at 3 p.m. which marks the beginning of their Conference play.

MEN
Mens basketball was off to a hot start, but in recent weeks have fallen into a pattern of losing. The team currently have a 7-15 record scoring an average of 64.7 points per game, with an three point percentage of 31.1. Coach John O’Neil has a freshman heavy team this year stating in a previous interview, “ It’s gonna be trying because we have to be very very patient with this team.” The team will be taking on San Bernardino Valley Feb. 13 at 7 p.m. in the Dome.

WOMEN
Comets women’s Basketball is coming of their fourth consecutive year winning the conference and haven’t slowed down yet. The team is averaging 78.8 points per game and have a free throw percentage of 63.6. The women’s team also have a very young team with only one returning player. The Comets will be taking on San Bernardino Valley at 5 p.m. in the Dome

MEN’S VOLLEYBALL
Palomar Men’s Volleyball team are just getting their season started. They have played one match against Antelope valley resulting in a draw between the teams. The Comets have their first home game against Irvine Valley Feb. 14 in the Dome at 7 p.m.

Beach Volleyball are just getting their season started. They had a multi-team scrimmage in preperation for their first game Feb 15. at ventura with Bakersfield.

The men’s golf team have got off to a solid start finishing second out of fifteen. The team has four returning players from last year, including 2018 PCAC Conference player of the year Jacob Montes. The team’s next tournament will be Wednesday Feb. 13 at Mt San Jacinto.

SWIMMING/DIVING
This semester’s swimming team has an even mixture of returning and new swimmers. The team will have a home swim meet March 22 at 12: 30.