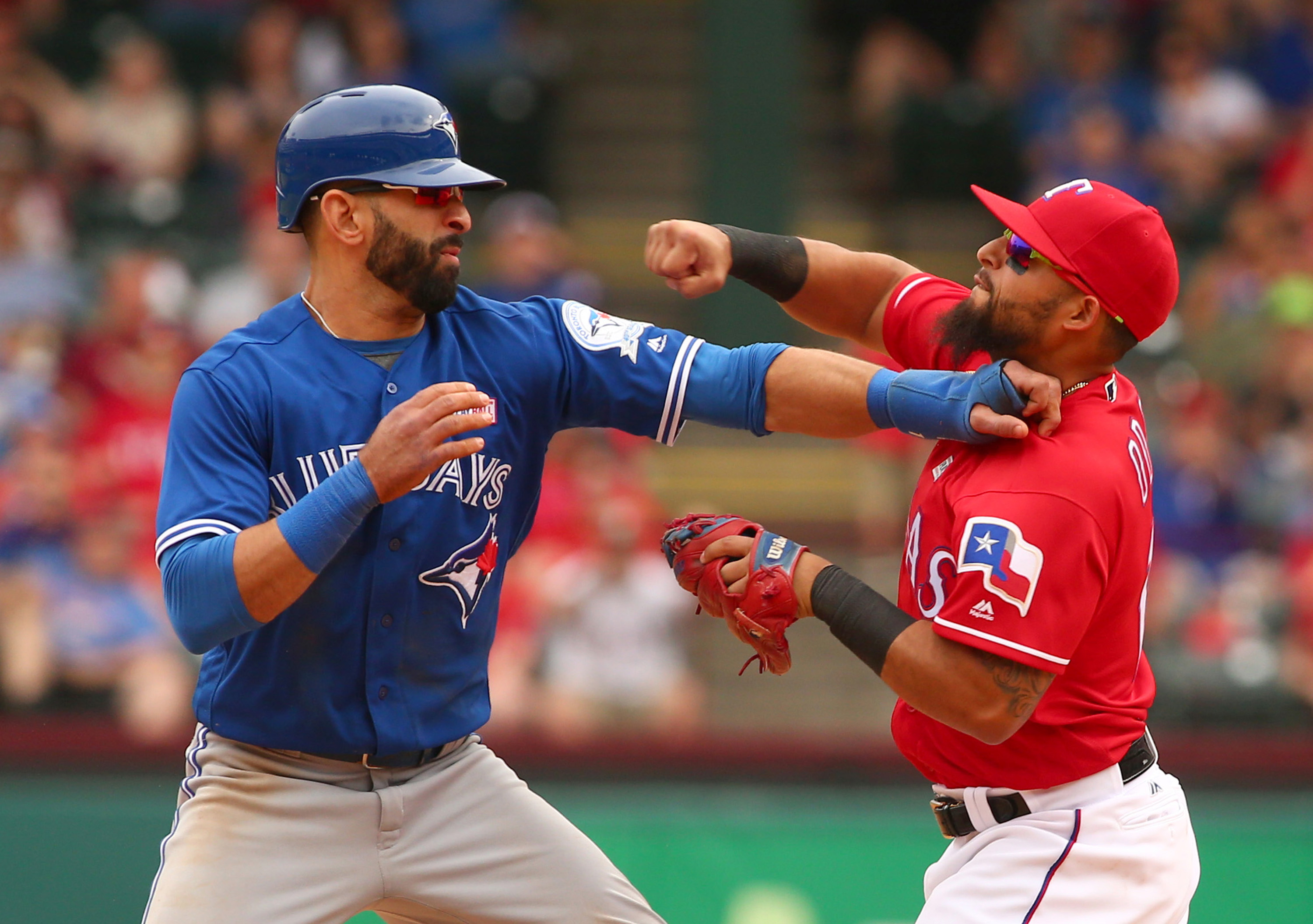 Stop fighting! The children are watching

Humans have an instinct for violence, and when combined with the competitiveness of sports, a non-contact sport can turn into a physical battle.

When a fight occurs during a game, it often results in verbal abuse from other players, or coaches who do not condone the behavior. This is like fighting fire with fire, it only creates more violence. The media reports on violence more than the games themselves, because it entices viewers.

Violence between players, fans, and coaches thrives in the social media world. We see videos of verbal and physical violence occur during games constantly. It has become the norm, as a sports fanatic, to abuse fans of your opposing side.

While unruly conduct during a game, can result in being penalized, or even disqualified, this does not stop it from occurring.

Fighting in sports has become extremely common in both contact and non-contact sports, especially today. When off the field, hazing occurs to initiate new team members. Hazing can cause mental discomfort in team members, thus, they turn to the field to release aggression towards one another.

During a match in the 2015–16 Greek Football Cup, midfielder Robert Mak was taken down in the penalty area with no call on the play late in the second half. Crowds in the stands were outraged and flares were thrown onto the field. Players and officials were escorted off the field by security and riot police. This is just one example violence during a game resulting in the endangerment of fans watching the game.

When fans see their favorite team fighting on the field, they think that it is acceptable to do in everyday life. During games, hardcore fans trash talk, and sometimes even physically injure one another.

The Yankees-Red Sox rivalry is one of the most famous rivalries in sports history. With rivalries, come excitement from fans. The stress of taking a game becomes so intense, it causes physical fights against one another.

Aodan Doyle, a writer for NBC Sports states “So far, the two rivals have battled each other nine times in 2018, games that have been defined mainly by blowouts and a brawl.” Baseball is not a contact sport, however its become one due to these rivalries.

Fighting in hockey has become tradition for the sport. Fans attend the games primarily to see the fights. Physical play in hockey is allowed to an extent, for example checking and elbowing is prohibited in the sport and can result in being penalized. Despite negative consequences, extreme violence continues to occur.

US sports fans have been known to riot after a win. Fans care of their favorite sports team is intense. Alcohol is often consumed during games as well, which only makes things worse especially in a crowd.

Jason Lanter, psychology professor at Kutztown University says, “People do things in crowds they would not do alone. People make poor decisions in crowds.” In crowds, people are more likely to be involved in violent acts, such as starting fires or hurting others.

There is peer pressure to an extent during games, especially playoffs. When someone in a crowd sees someone starting a fire, they will be more than happy to throw in gas to ignite the flame. People feel a sense of belonging when they’re part of a fan base. They feel as if the team is something they are in control of. When they see people they look up to fighting each other over a game, they think thats okay to do to each other.

Fighting in non-contact sports doesn’t make sense. It takes away from the game itself. Not only does it have a negative effect on the team as a whole, but also creates a violent fanbase.

Unfair fighting needs to be covered in the media in a way that is not exciting to readers. Players should be punished in a way that prevents them from playing games in the future if they initiate fights among others, no matter how good of a player they are.