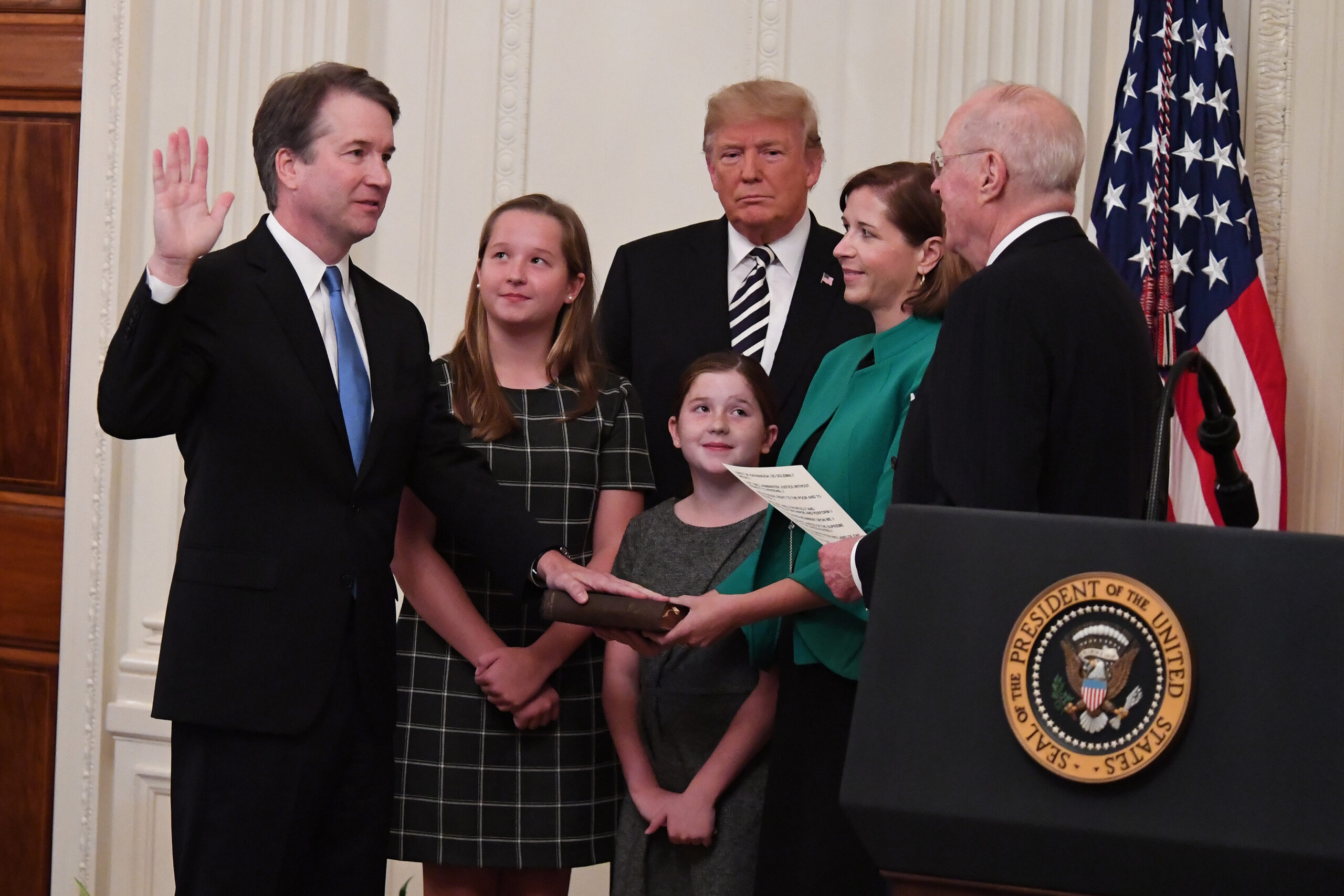 Kava-naw, the end of American morality

Brett Kavanaugh should not be appointed to the Supreme Court, because America needs more leaders, not pussy grabbers.

Given the unique time, we live in where sexual assault survivors are slowly but surely feeling empowered to share their stories, disregarding Christine Ford’s testimony would be subverting the #Metoo movement as a whole.

To appoint Mr. Kavanaugh with such an accusation hanging over him would be a trespass of morality, and would present the character of our country in a very unflattering light to the rest of the world. It would mean further that we as a country do not stand with sexual assault victims.

Appointing him would only lend further credence that the GOP does not stand with women, as was evident in their endorsement of Judge Roy Moore last year in Alabama’s special Senate election, who was accused of molesting a teenage girl.

But for those who don’t believe the allegations made against Kavanaugh are credible enough, let’s just assume for a moment he is telling the truth. The Senate Judiciary Committee hearing on Sept. 27 exposed him for what he is: a raging red-faced GOP pawn whose only objective is to advance the Trump agenda.

During his Senate hearing, he attacked his opposition saying “this whole two-week effort has been a calculated and orchestrated political hit. Fueled with apparent pent-up anger about President Trump and the 2016 election … revenge on behalf of the Clinton’s, and millions of dollars in money from outside left-wing oppositions groups.” Then, just seconds later he said “last time I was here, I told this committee that a federal judge must be independent, not swayed by public or political pressure. I said I was such a judge, and I am.”

If we learned one thing from the Senate hearing, it’s that Kavanaugh is swayed by public and political pressure, does not in the least bit wield the necessary judicial demeanor, and he has fully embraced the partisan political system.

Anyone of these things is enough to disqualify him from the Supreme Court, altogether, it’s a no-brainer.

If you don’t wish to see the moral integrity of America fade into nothingness through evil and bitter men like Kavanaugh, then do something about it.

You don’t need to sit on the United States Senate to say no to sexual assault and defend victims. You can do it every time you hear someone say “oh, well that was years ago,” or “that’s just how boys act when they’re at that age.” As a 20-year-old “boy” myself, I can safely say that’s bull shit.

Your voice is worthless if you’re not using it, so get cracking.