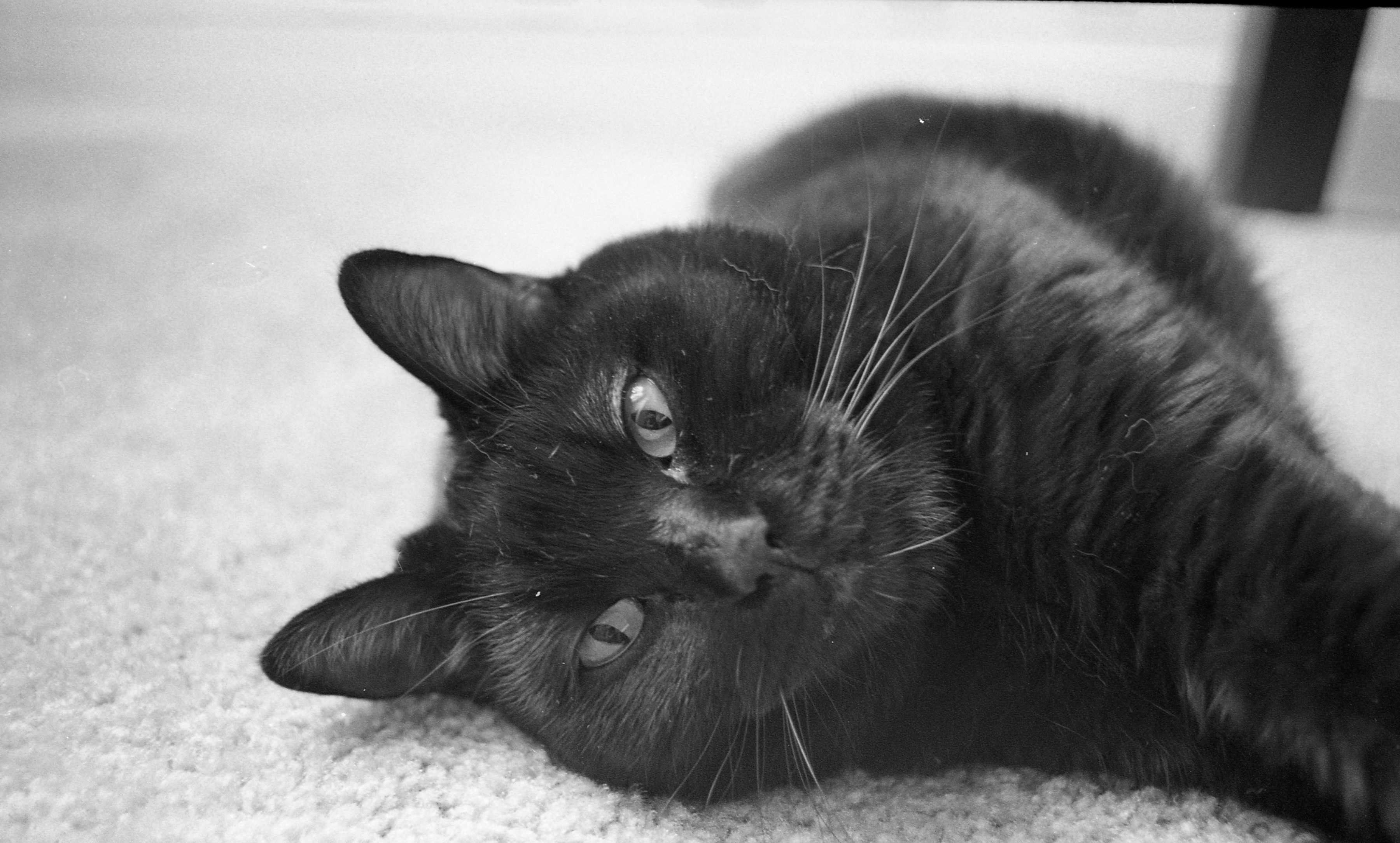 Black cats aren’t only for witches

Black cats have played a huge role in mythology for centuries. In the middle ages, they were believed to be a spirit or demon to serve a witch as a companion. In the 16th century, it was believed that someone who has fallen ill will die if a black cat sits on their bed. And today, it is considered mildly unlucky for a black cat to cross your path.

While black cats are considered unlucky today, they continue to be a symbol of Halloween and are often found within the themes of parties and costumes. These trends and superstitions have been embedded in our brains as a society, yet we have forgotten where they came from in the first place.

During the witch hunts, witches were gathered up, tortured, and killed, often along with their beloved companions – black cats.

Many people today no longer believe in witches or witchcraft, yet continue to believe that black cats are a sign of bad luck. Because of a composition of urban legends and myths, black cats continue to be the least adopted cat in animal shelters and are often put down due to overpopulation. In fact, PETA states that”nearly 71 percent of black cats are euthanized.”

English puritans had brought their black cat superstitions to America when they migrated. Black cats (and witches) were killed because they were supposedly associated with the devil. Even more tragically, they killed black cats on Shrove Tuesdays as well. Unfortunately, some people today continue this tradition.

Animal shelters have taken action and stopped allowing people to adopt black cats during the month of October, in hopes of stopping these horrific sacrifices. However, some animal shelters take the spooky month as an opportunity to get more black cats adopted. National Geographic published an article titled “Ritual Cat Sacrifices a Halloween Myth, Experts Say.” The author found “no confirmed statistics, court cases, or studies to support the idea that serious satanic cult crime even exists.”

Black cats already have it hard. They are the least adopted animal, some may even go as far to say that it is cruel to put up barriers for those who want to adopt a black cat. There are ways to make sure these cats go to a safe home, without putting a ban on them for nearly eight percent of the year. Many shelters make potential adopters see an adoptions counselor for at least an hour, to make sure that every pet is adopted with good intentions.

Black cats aren’t always a sign of bad luck. In fact, in some cultures, black cats are a sign of prosperity. In Japanese culture, Maneki Noto (“lucky cats”), draw good luck and wealth to their owners. A black Lucky Cat not only brings luck but also frightens away demons, evil energy, and stalkers.

Black cats may possibly be the most mysterious animal on the planet. While there is much debate on whether they bring good or bad luck, many can agree that they are adorable creatures that have huge personalities.