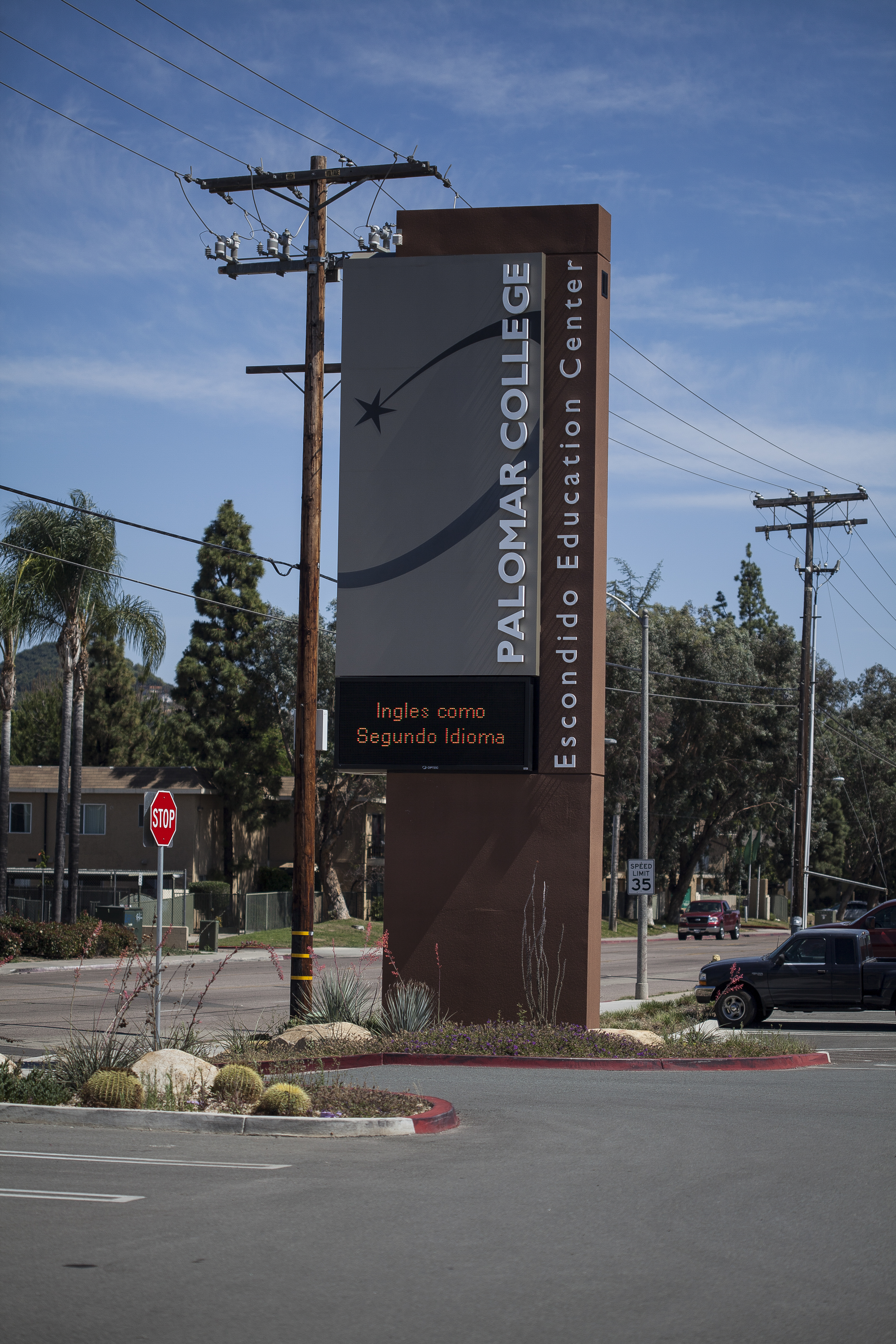 Divisions within the Palomar community have been intensifying over the last few months; apexing during the Sept. 11 Governing Board meeting after one faculty member asserted vice presidents may be lying on behalf of Superintendent/President Joi Lin Blake, for fear of losing their jobs.

Other causes for division range from apparent distrust by faculty toward administration and the Governing Board in matters relating to transparency, as well as a ill-received comments by some administrators. One such comment made by Dr. Blake during plenary before the semester had begun was a matter of especial contention, in which she insinuated some criticism toward her may be due to being an African-American woman.

Efforts to mend these divisions has seemed to begin taking shape. With the various groups having apparent differences in how to approach fixing the problem.

Below is a look at how campus divisions have evolved over time, beginning with their origins in last year’s dean controversy, and ending with last week’s interviews on how the college needs to progress to fix the issues.

Where did it begin?

To understand some faculty concerns in the present, it is necessary to first go back to spring of last year, when then Co President of the Palomar Faculty Federation Shannon Lienhart handed out fliers titled “Toxic Dean” at a Faculty Senate meeting.

The fliers were in reference to Syed “Khaled” Hussain, a probationary dean hired in fall of 2016 who oversaw the arts, media, business and computer sciences division. Allegedly, Hussain engaged in unwanted touching of colleagues and abusive verbal behavior.

A rally was organized on March 14, 2017 by faculty in an effort to get the Governing Board to terminate the dean’s contract. During which, theater arts professor, Michael Mufson spoke saying “We, as the faculty, have been totally dismissed by this administration in this situation and it’s not acceptable.”

The Governing Board did not end up terminating Hussain’s contract, but after continued objections by faculty, his contract was bought out at cost to the District.

The Hussain controversy was a highly combative ordeal between faculty and higher ups, which inevitably left some scars.

Fast forward to the Governing Board meeting last July, where the Board approved an amended contract for Dr. Blake.

In addition to the contract securing an extension of Dr. Blake’s contract by two additional years, a salary increase bringing it up to $292,027 a year, it also included a clause which guaranteed $15,000 annuity upon separation from District employment. This was considered a risky move by some faculty, and overly generous by others.

“To award any Superintendent a 4-year contract this early in their tenure is financially irresponsible. As an example, please remember the painful case of Syed Hussain,” Palomar Professor Lesley Blankenship-Williams wrote to the Board before they made their decision to amend the contract.

“[The] most egregious part of the contract is lifetime benefits and $15,000 a year lifetime annuity granted after only two years of service at Palomar College,” Teresa Laughlin, Palomar Faculty Federation Co President wrote in an email. She later noted she was also deeply troubled the Board did not have any open discussion before voting to approve the contract.

This statement took many in the community by surprise, and it was one of the topics addressed during the Faculty Senate meeting on Aug. 20

“Being the husband of a black female, and [father of] biracial children, I took so much offense to what [Blake] said,” Patrick O’Brien, the department chair for counselling said during the meeting. O’Brien finished, clearly distraught, “I know it wasn’t directed at me … but for me as a counselor who actually facilitated basic dialogues on racial issues in Los Angeles, I’m really offended by what she said.”

Several more faculty followed O’Brien in voicing the offense they took from the comment made at plenary by Dr. Blake.

Political science professor Peter Bowman also expressed concern with what he perceives to be Dr. Blake’s leadership style, which he described as “very Trumpian.”

“It seems that she was saying at the very end (of plenary) ‘just trust me,’” Bowman said. “‘Dont criticize, don’t questions, just trust your administrators, trust me your President, and we’ll get there without you being hurt.’”

Both Governing Board Trustees, Mark Evilsizer, and John Halcon attended the meeting. Both noted they were always open to hear community concerns.

This moves us forward to the Sept. 11 Governing Board meeting. At which numerous faculty presented to the Board during public comment. Most notably, however, Laughlin and Blankenship-Williams.

Laughlin addressed the Board over matters relating to their lack of transparency and willingness to discuss openly matters of great concern to the community. Laughlin further noted she’s emailed the Board on many occasions, and has only received one response from Evilsizer which stated “Hi Teresa, I’ve acknowledged the receipt of your email. Thank you for sharing your concern.”

“This non-responsive response to valid questions is emblematic of the concerns many of our bargaining members are feeling,” Laughlin said. “They are concerned about the lack of transparency, and the lack of discussion by the Board in open session about issues of great importance to them.”

After Laughlin, Blankenship-Williams stood up to the podium. She addressed the Board to vocalize her concerns about the $15,000 annuity clause in Dr. Blake’s amended contract. She noted Trustee Evilsizer, along with several vice presidents had said the annuity would be a one time payment given to Dr. Blake upon separation from Palomar.

She asked for everyone in the room to pull out their phone to look up the word annuity: “a fixed sum of money paid to someone each year, typically for the rest of their life.”

She asserted there was no ambiguity in the definition, and the language used in the contract would almost certainly be defined by any lawyer as an annual payment.

She therefore concluded there were only two possibilities for the Board to approve this clause. The first being they failed to do their due diligence by not taking the time to search up the definition for annuity, the second being that they’re lying and it was always meant to be an annual payment.

She also expressed her concern of vice presidents reiteration of the annuity one-time-payment message. “Vice Presidents serve at the pleasure of the President, and administrators might be saying what the President wants them to say,” Blankenship-Williams said. “I suspect that at least some administrators are being forced to choose accuracy, I might even go so far as to say the truth, and their jobs.”

Dr. Blake addressed several of these concerns during an interview with the Telescope.

Plenary comment: Dr. Blake explained that the reasoning behind her comment at plenary was to open a dialogue about diversity on campus, and also that it was not targeted at any specific individual or group on campus.

“One of our strategic goals here at the college, one of the Board’s goals, is to build a cultural fluency of the campus,” Dr. Blake said. “So it’s a larger college conversation, so I don’t want to make it about me. I referenced it, because I think it was something that needed to be addressed, but it’s a big conversation, because there’s more diversity than just African American women.”

Administrative Transparency: In response to perceptions of her leadership style, Dr. Blake said “my leadership style is collaborative and open, I have an open door policy, I’m accessible.”

She further noted various ways she has, and will continue to foster opportunities for open communications. Such as Palomar News, town halls, and “meet-ups” which will be announced times that she will be at some location on campus, and anyone can talk to her in an un intimidating environment about anything on their mind.

Governing Board Paul McNamara said of Dr. Blake in an email “I [have] every confidence that Dr. Blake is leading this college in the direction it needs to go,” Governing Board President Paul McNamara said of Dr. Blake in an email. “Change is always difficult for some in any institution, and I’m sure Palomar is no exception. It also takes time to see the benefits of the change. But I would like the college community to know that their president has a holistic approach to improving the various elements of the college and those improvements will benefit the stakeholders, students, and district at large.”

“I’ve been at Palomar for 27 years, I have never seen it this bad,” Lienhart said. “I believe that if we can’t get good board members elected, many of our really great administrators will be looking for work elsewhere.”

Blankenship-Williams echoed a similar concern. She referenced a Governing Board meeting last semester when several administrators had their contracts shortened without notice. “They had no idea what happened,” she said in an email. “That type of uncertainty indicates that ‘anyone’ could be the next person on the chopping block.”

She further expressed her belief that several administrators may be waiting for the Governing Board election in November to see if the Faculty Federation endorsed candidates, Lee Dulgeroff and Norma Miyamoto, win the election.

“I predict that 20 percent of our administrators will leave by November 2019 if we don’t get both Lee Dulgeroff and Norma Miyamoto elected to the Governing Board.”

Governing Board Trustee Nina Deerfield, who seems to be the one Board member these faculty members are currently pleased with, expressed how she believes the Board can better serve the community.

“I think we can do a better job of welcoming comments by having everything on open agendas, so people know that a subject is coming up then they have the chance to come in contact with the Board,” Deerfield said. “So I think we need to slow down, I think things go very quickly sometimes and I don’t think that is necessarily good. I think we need to go slow enough to include everybody so they know clearly what’s going on.”