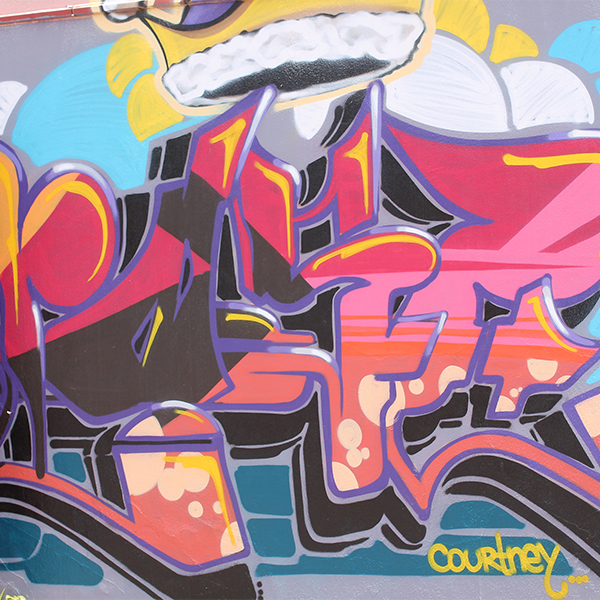 Graffiti is a crime against communities and small businesses.

For the working “mom and pop” businesses, graffiti hurts their property value, drives away business in the surrounding communities thus causing stagnate communities and businesses.

Graffiti shows the inhumane and barbaric way we treat our community, the way we treat our parks, schools and vehicle is pure savagery. But graffiti to be treated as “street art” is a grotesque and ignorant way to be considered art. In cities alone, there are more than “gang graffiti” in billboards and under bridges that spans for miles. According to local news KPCC, “Los Angeles spends about $7 million per year dealing with graffiti.”

The report also revealed that in 2007 the LA County spent, “more than $30 million in graffiti removal.” Graffiti spurs more discomfort and fear within communities, it impedes business and drives away residents to a better-maintained community. Graffiti is the spearhead to a glimpse of a dystopian society. The idea of drawing on a wall is an outrage that most taxpayers must pay the price.

According to the Center for Problem-Oriented Policing on the motives of graffiti, it states that, “graffiti fulfills certain psychological needs, including providing excitement and action, a sense of control and an element of risk.”

It further reveals that, “Participation in graffiti is often inadvertently encouraged through police contacts, media attention and public recognition of it through advertising or art displays — all can serve to enhance the offender’s reputation or notoriety.” Therefore, the idea of drawing on the wall provides some sort of mental high through recognition and publicity. Not only do taxpayers pay for the damages caused by graffiti but so does the earth.

The environmental effects of graffiti can cause effects that ruins parks but also effects the air we breathe. Relative to the, “aerosol sprays used to destroy the earth’s ozone layer which contain CFCs,” says Cathy Ives, who writes for GreenEcoservices.com.

It further states that, “run offs can carry chemicals to waterways and groundwater systems.” To combat a sickness within people’s minds to tag on private property, us as a community must put hefty fines and jail time to those caught. In the meantime, city councils have provided ways in the counties websites to mitigate graffiti for community residents.

For example, residents living in communities, local administrations suggest that, “before any graffiti removal begins, find out whether the police want to photograph it as evidence.” Also to, “Remove graffiti promptly (within the first 24 hours if possible) is the best way to prevent it. Persistent removal usually results in a nearly zero rate of recurrence.”

Therefore, let us not be discouraged by the ugly, stench filled writing on the wall and help maintain the community with a well-maintained community. For if we do nothing then a dystopian society will be looming over our heads and will be here sooner than we can expect it.