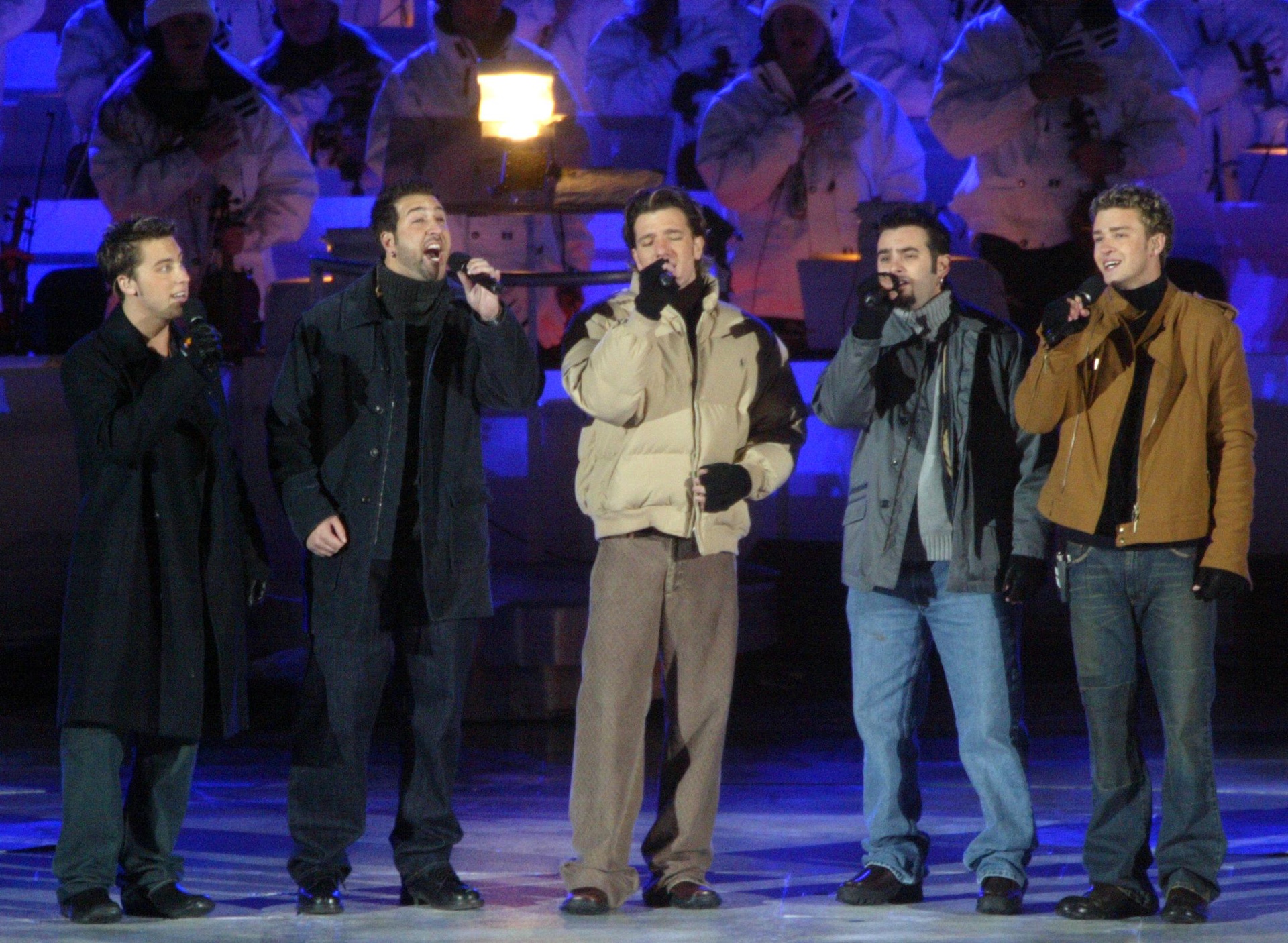 One of the most celebrated boy bands of the 1990s reunited to accept a star on the Hollywood Walk of Fame in Los Angeles.

Fans cheered with excitement as the five aging members of *NSYNC stood at a podium on April 30, giving thanks to those who have supported the group for the past 23 years. Justin Timberlake ended their acceptance speech by stating “I love these four guys, we’ve had an incredible ride and I can’t wait to see what the future holds. We love you so much!”

Known for their smooth harmonies and well-choreographed dance routines, *NSYNC has become a recognizable boy band within the millennial generation. Having originated from Miami, Florida in 1995, the group is comprised of five friends—Timberlake, JC Chasez, Chris Kirkpatrick, Joey Fatone, and Lance Bass. After signing with Trans Continental Records, they released their self-titled debut LP a year after banding together. Touring helped them gain exposure. When they produced a Christmas album in 1997, they began to appear on televised holiday programs from Disneyland and Kathy Lee Gifford’s talk show.

Soon, *NSYNC became a pop sensation, alongside other teenage music artists like The Backstreet Boys, Britney Spears, and 98 Degrees. They achieved greater musical success with the release of their second LP, “No Strings Attached (2000)”. This record included hits such as “Bye Bye Bye,” “It’s Gonna be Me,” and “This I Promise You.” According to Spotify, “No Strings Attached” sold nearly 10 million copies, making it the most popular album of 2000.

At the peak of their career, several of *NSYNC’s music videos continued to be shown on TV channels like MTV and VH1. Simultaneously, Timberlake starred in the Disney channel movie, Model Behavior (2000) and dated pop singer Britney Spears in an on-and-off relationship. In 2001, both *NSYNC and Spears performed with Aerosmith, Nelly, and Mary J. Blige during the Super Bowl halftime show.

While the group seemed to be thriving, they announced a hiatus shortly after their third album, “Celebrity”, came out in 2002. As Timberlake went on to pursue a solo career, the other group members fell to the wayside. Chasez tried to make his own music, without much success. Fatone saw opportunity on the big screen as he landed a minor role in My Big Fat Greek Wedding (2002) and its sequel, which was recently released in 2016. As for Kirkpatrick and Bass, both hosted short-lived reality TV shows.

Timberlake appears to be the most successful group member, post-*NSYNC hiatus. Since then, he has made several appearances in films including The Social Network (2010), Friends With Benefits (2011), and Trouble With the Curve (2012). He has also released several albums and performed songs from his latest album, “Man of the Woods”, during the 2018 Super Bowl halftime show.

“Like several other students here, I grew up listening to *NSYNC, they were a part of my childhood” stated second-year student Emani Johnson. For her, their recent recognition brings back a sense of nostalgia. Similar to many other music groups of that era, *NSYNC witnessed a rise and fall in their career. The success and longevity of any music artist or group can be unpredictable. “Who knows,” Johnson said, “maybe *NSYNC will announce a reunion tour sometime in the future.”