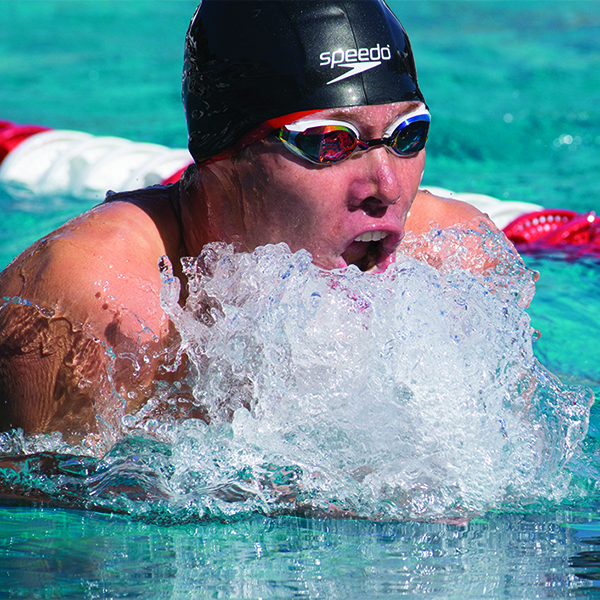 The Palomar Women’s swim team propelled to Top 10 at the three-day CCCAA State Swimming & Diving Championship on May 1 at the De Anza College Aquatics Center, placing ninth out of 33 total teams.

If not for Palomar, the Orange Coast Pirates nearly dominated the meet, winning four of five women’s relays and all five men’s relay races, still deeming them the first place champs.

Four leaders on the women’s swim team led the Comets to victory in one of 10 relay races. Rebekah Blackburn, Jordann Heimback, Madalyn Johnson and Violet Stewart sped to victory in the state 800-yard relay championship, scoring a time of 7:53.17.

“This team is such a great group of people, it’s a huge privilege to be able to race alongside them,” said Heimback.

Heimback, the Pacific Coast Athletic Conference Swimmer of the Year, swam big for Palomar in the state individuals. In addition to the relay, Heimback finished third in the 100-yard butterfly in 58.34 seconds, third in the 200 butterfly (2:11.00) and seventh in the 500 freestyle (5:17.80).

“We realize that state has all the best swimmers in the area coming together. Traditionally, we do well at these meets in regards to improving our times,” said Jem McAdams, head swim coach.

As a freshman, Altman competed in his first-ever collegiate state meet.

“There are a lot of fast kids competing. I never even thought I’d make it to state in the first place, so it’s awesome to get this chance,” said Altman.

Looking forward to the future of the squad, McAdams stated, “All we can hope for is that the swimmers continue to focus each year and improve their times. We’ve trained them to do that.”