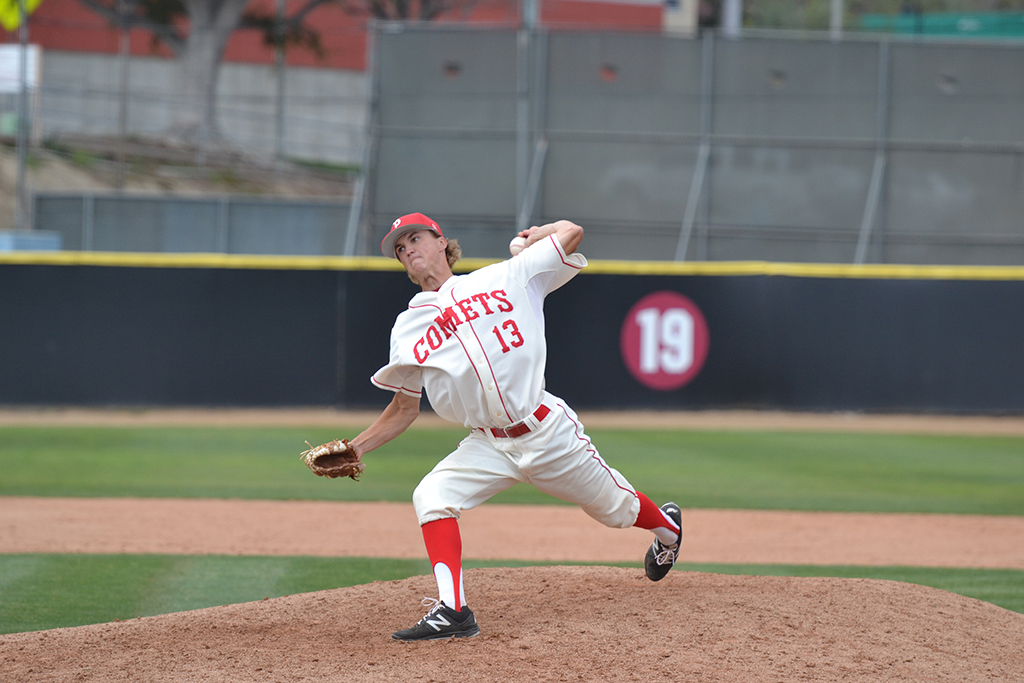 Camaraderie: the foundation of baseball

Having won the previous series against the College of the Canyons in a thrilling walk-off the men of the Palomar baseball team decided to try their luck and risk the sunburn for another chance at victory.

Walking up to practice in small groups and pairs it is noticeable right of the bat that there is a special bond within the team. Greeting their teammates with handshakes and bear hugs the team has become connected through the ups and downs that have made up the 2018 season.

The Comets had a strong start to the season winning seven of their first 10 games before they hit a four-game losing streak. In the early days of March something clicked for the team and they won 18 of their last 25 games. Catcher Tristan King simply put it, “ The camaraderie,” it is what has pushed this team through an up-and-down season and propelled them into the playoffs.

Seeded seventh in the Southern California Super Regional, the Comets had a tough couple of weeks in front of them. Having to play College of the Canyons, seeded tenth. Behind early in the series they came back to beat them 2-1. Heading into their series against The Saddleback Community College Gauchos seeded third the team had prepared for a challenge.

Losing the first game of the weekend 9-5 there was a sense of urgency to beat the Gauchos in game two.

In their home dugout the words Esprit de corps have been visible to all of the players. It means to have a sense of unity, loyalty and a common interest. Center fielder Marco Young says the adversity they had to go through at the beginning of the season has helped connect the team.

In game two of the series against Saddleback, the Comets found themselves again face to face with adversity. Being down five runs in the fourth inning the team did what they do best and they fought.

The trust that was formed in this team started with the coaches.Young along with his fellow teammates unanimously agree that half of the reason for their success is the coaching staff. “They allow us to have an aggressive playing style,” pitcher Josh Sidney said. There is a freedom and acceptance among the team to play the game hard while having fun while doing so.

Though they eventually fell to the Gauchos in a 8-6 loss to end their season, there was a unity that was visible within the team constantly encouraging each other through each at bat to the very end.

Coach Taylor said, “This team is like a family and has accepted characters as who they truly are.”

Throughout practice and carried into the games there is a never-ending stream support and teasing that pours out from the dugout and doesn’t seem to be stopping anytime soon.