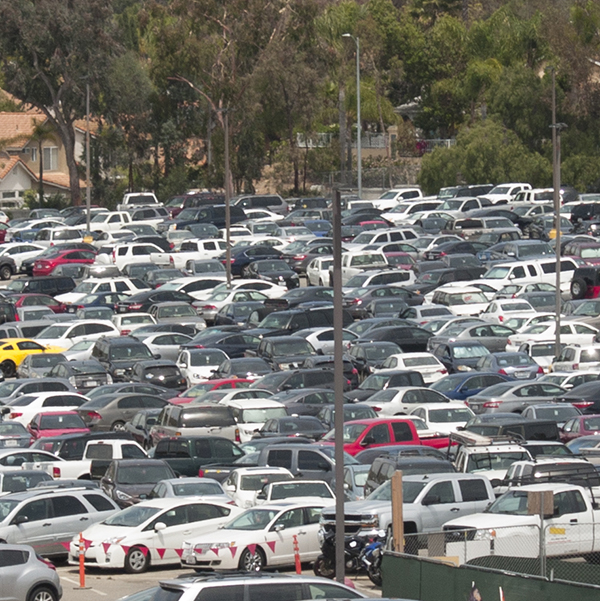 How car insurance works (and why)

Published May 8, 2018 by Scholarship Media

Well, here I go! I’m in the real world now. I think I’m almost ready for the responsibilities I’ll have. However, I must admit that some “adult” stuff still confuses me. So, I’m here to ask the experts about one thing that embarrasses me to not understand: car insurance.

I know how most insurance works, but car insurance is weird to me. People tell me it doesn’t cover my car, but the other person’s car. However, I hear ads saying they’ll replace my car. So, which is covered? Is it both? Also, why do cops need your insurance information when they pull you over? None of this makes sense to me. I’ve been lucky, because my parents have paid for my insurance until now. However, I’ll be shopping myself, soon, so I need to figure this out. Please help!

The big idea behind insurance is a pooling of risk between people. Nobody wants to be hit with a disaster they can’t afford, and insurance prevents that by distributing the risk of a disaster more on an even keel. Let’s cover this from the top, then move on to see how car insurance works in relation to what we know about insurance more generally.

Let’s say that you and 99 of your closest friends are worried about a potential disaster that has a 1% chance of costing one of you a ton of money. None of you know who may become the victim(s), but none of you wants it to be you. However, the odds say that one out of the hundred of you will be. The good news is that what would mean financial ruin for each of you is not as big of a deal if you were to all pay for it together. And there’s no need to rely on charity: what you can do is have everyone pitch in 1% of what this disaster would cost to fix before the disaster strikes. That money can then be used to help whoever the disaster actually affects.

The system we just built is a primitive insurance system. You probably already see some problems with it. For instance, a 1% chance is not the same thing as a certainty that one of you hundred will be hit. For another, it seems unlikely that any real-world disaster would really have an exactly equal chance of befalling each of you hundred people. On what what timeline do we operate? Does this disaster have a 1% chance of striking ever, or will this system need constant updating, to charge everyone on a regular schedule? Another thing: if everyone is covered, will they be as careful about doing everything they can to avoid this disaster, assuming it’s within their power?

Things are getting tricky fast, but we can work out what the consequences of our more complicated system might involve. For instance, your insurance scheme needs a safety net. You need more money than, statistically speaking, you think you’ll need to cover everyone. To determine exactly how much money that means, you’ll need to start analyzing risk. Is your particular disaster more likely to strike certain people? If so, perhaps they should pay more into your pot; i.e.,a higher “premium,” which is insurance speak for your membership fee. Having different premiums will incentivize folks to be more careful, you might further incentivize them by giving them certain free services, or making it clear what certain actions will do to their rates!

All of this makes your scheme pretty complicated, so you’d better quit your job and do this full time. Now you need to draw a salary, pay for an office, and so on. Better pay your statistical analysts, too! Factor that into your rates.

Now you’re a full-on business! Your insurance company serves an important purpose, of course, but you aren’t just acting out of the goodness of your heart anymore. Now, you’re out to make money. So you offer perks and promotions. You roll out new types of insurance to appeal to different people: bare-bones coverage for some, extensive coverage for the more risk-averse, and so on.

We’ve avoided talking about what disasters your insurance covers,, but our last piece of the puzzle requires us to consider it, at least in the abstract. It’s time to talk government regulation.

You’re running a business now that can really affect people’s lives, so the government wants to make sure you’re doing it right. You probably figured that, if you refused to pay out money for things your insurance was supposed to cover, you might get sued or even prosecuted. However, there are also other reasons that the law might care about your insurance company. Maybe you’re covering something that’s a matter of life and death, like healthcare. In an unregulated environment, you could hike premiums on people if they got sick. Their risk just went way up, so their premiums will, too! As you might expect, people don’t like this much, and governments around the world have taken steps to regulate vital insurance markets. In some cases, insurance is even nationalized and run by the government.

Okay, that’s a lot of background. So what about car insurance? Let’s go over how it works within this framework while touching on your specific questions.

First, what’s the disaster you’re covering here? Damage to a car, of course. However, whose? Yours or the other person’s?

Well, they’re both disasters, aren’t they? If your car gets wrecked, you’ll be hoping your insurance covers it. However, if someone else’s car gets wrecked in an incident that involves you, that can be a disaster, too. What if they sue you for repair money?

For this reason, car insurance can cover both your car and the other person’s. However, only one of these two types of coverage is mandatory, which we’ll explain in just a moment.

However, first, let’s apply what we learned about risks and marketing. If you have a history of accidents or tickets, be ready to pay more for insurance, because you’re a high-risk driver. If you have a fancy car and want great coverage, guess what! Those ads you watch promising “vehicle replacement” are here for you. Car insurers also do that thing we talked about where free stuff is offered in order to lower risks: you’ll likely find that your car insurance covers windshield repair and some other basic maintenance issues, because those things save the insurer money in the long run.

Our last consideration is government intervention, and this is where everything comes together. Let’s ask this question: should the government care if you have car insurance?

Initially, you might say no. You bought the car, so it’s yours to risk. However, what if someone else wrecks your car, and you want to sue them for the cash it took to repair? If they’re dirt poor, you’re out of luck. That unfairness leads to the government’s role here. Most governments, including yours, mandate that you carry liability insurance, which is car insurance that covers the other person’s car, to register a car. Some go further. In Canada, private car insurance corporations are rare, say ICBC lawyers. Most are nationalized, non-profit entities. Even within the U.S., things vary: some states require more coverage than others.

So when you hear that car insurance covers the other person’s car, that’s true: it always does, because everyone is required to have that coverage. However, you have to option to get more significant coverage, which may include all sorts of benefits for your own car. Also, why do the police ask you for your insurance when they pull you over? Because of what we just said: driving without coverage is illegal.

So there you have it! Car insurance isn’t so different from other forms of insurance after all. It’s just that government regulation gives it a character that’s just a little bit different from more voluntary types of coverage.