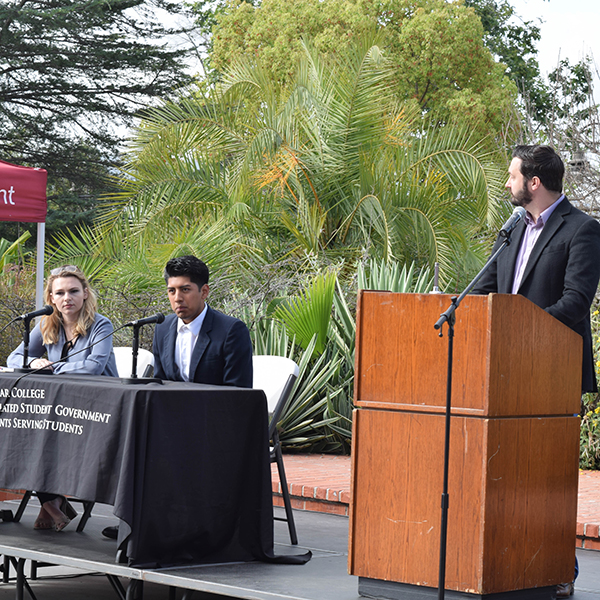 Student Government election week has arrived, what you need to know:

Palomar’s Associated Student Government (ASG) will be holding its annual election this week, however, there are numerous features that make set this one apart from elections in years prior.

This will be the first election in years that there are numerous contested positions. There will also be a new constitution on the ballot, that will create seven new executive positions to delegate duties out to board members more efficiently, among other things. There will be two other initiatives involving student representation and activity fees, that will be an optional $2 fee that students paying during enrollment. In addition, there will be an additional initiative to provide stipends to ASG members who put in significantly more hours than is minimally required by ASG bylaws.

One theme that was common for most of the candidates, was the understanding that there is a disconnect between being a student at Palomar, and being a part of the Palomar community.

“I think that the main missing experience that the average Palomar student has, is being part of something bigger,” Nourollahi said. “They usually, from my experience, they go to their classes, they sit through their classes, and then they usually just go home.”

“I think it’s important to include that,” Lesicko said. “Because there are students that struggle on campus, and giving them the resources and the help that hey need is what will help them through their college years.”

Students should receive an email on their student account on April 23, iit will include a link to the voting ballot that will ensure that all voters are registered students, and that no student votes more than once. If you do not have access to a computer, you may utilize the computers in the ASG senator’s office at SU-102.