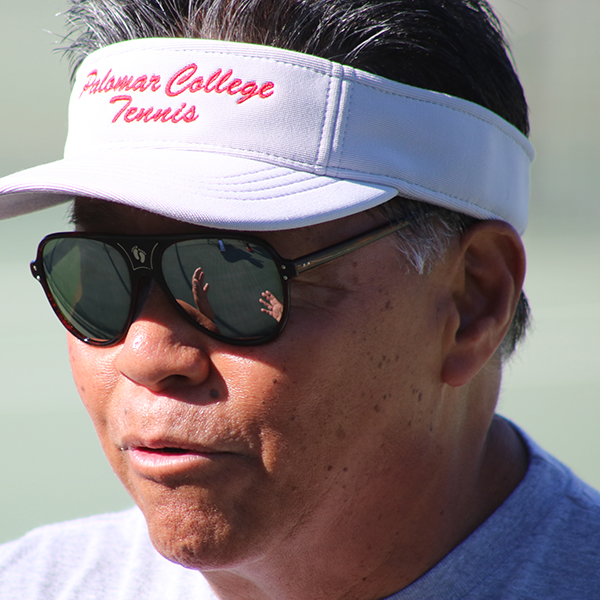 “The difference with this season is that we have been struggling to get enough players,” Mancao said. “We had a lot of last minute transfers.”

Mancao said that they lost four players due to them transferring, but he added this is good for the past players despite being hard on the team.

What is also a struggle for the tennis team is the fact that class labs are usually scheduled during the afternoon, which is the time when the team usually practices and plays matches.

Student players often struggle to find time to commit to sports while juggling with school.

Despite these setbacks the team’s top two players, Patrick Trhac and Will Molenkamp, are defending singles and doubles champions for the Pacific Coast Athletic Conference with a record of 8-0 in doubles and individual records of 6-2 (Trhac) and 7-1 (Molenkamp).

This success has also brought attention from other universities with a possibility of a scholarship for at least one of these players.

Other achievements that have been felt by Stephen MacVean and Ryan Miller, who both got their first wins in both of their singles and doubles matches against Imperial Valley on March 20. This was the whole team’s first win of the season overall.

On April 12 through 14 the Palomar men’s tennis team made an impression at the Pacific Coast Athletic Conference Singles and Doubles Championships at Grossmont College.

Patrick Trhac made it to final in both finals in both the singles and doubles with Will Molenkamp.

College of the Desert won against Palomar in the final singles match and won by default due to injuries sustained by one of Palomar’s player’s.

Despite the team’s loss in the finals Patrick Trhac has ranked 10th in singles and 9th in doubles with Will Molenkamp among all of California’s community colleges in the California Community College Athletic Association (CCCAA).

If Patrick Trhac makes it to the top 8 ranks by the end of the regional and state championship he will be considered all American.

Both Trhac and Molenkamp will go as singles players and as doubles to the CCCAA southern regional championship at Ojai on April 26 to 27.

If either or both qualify then they will go to the state championship at Ojai April 28 to 29.

When asked how he feels whenever a player transfers to four year college or gets a scholarship to a four-year university Mancao said “It makes me feel good, it means that I’ve done my job.”

Mancao is looking to continue to improve the team even more as the state championship come up, but is confident in his players.

He laughs that when next season rolls along he will have to recruit six more players but welcomes it. As he said, “Here we go again.”