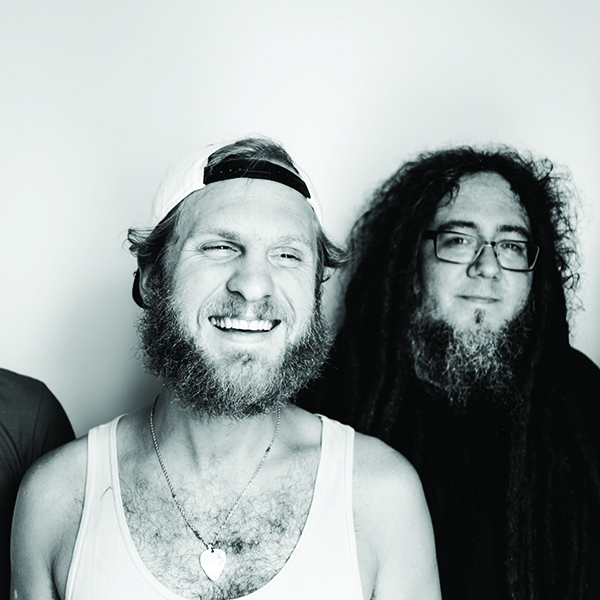 To describe the Bumpin’ Uglies as just another hard-working band would be an understatement. Within the last several years, they have consistently produced new material and toured across the U.S. Now, after spending time in the studio, Bumpin’ Uglies are ready to unleash their fourth LP, on April 6th, “Beast From The East.”

Hailing from Maryland, Bumpin’ Uglies, have been serving listeners with a sound that is uniquely their own for nearly a decade. They seamlessly blend elements of reggae, ska, and punk that are anchored by powerful lyrics. Lead singer and songwriter Brandon Hardesty, along with bass player Dave Wolf and drummer TJ Haslett, comprise the band’s core.

With the recent addition of keyboardist and guitarist Chad Wright, all together, the Bumpin’ Uglies musical style is amplified on their upcoming album.

“Beast From The East” brings a collection of new songs that encapsulates the Bumpin’ Uglies identity as a band. Following its predecessors, their latest album continues to sift through a variety of topics in numerous ways— taking on a light-hearted approach to a more serious tone when needed. Some songs address personal struggle and overcoming hardships, while a few emphasize social criticism.

The entire record shows the strong connection between words and instrumentation, without one overpowering the other. Known for candid storytelling, Hardesty sings about the familiarity of home in the midst of wanderlust on “City By The Bay.” This nostalgic tune starts out slow, but is carried by reggae rhythms found through every instrument. Steady drum beats are accompanied with the strum of a bass. The subtle use of a saxophone and keyboard add to the easy flowing melody.

Compared to their earlier work and previous release of “Songs from the Basement”, which accentuates laid-back acoustic reggae, “Beast” illustrates how the Bumpin’ Uglies have evolved into a versatile band who are more musically-present than ever before.

Throughout the LP, they effortlessly change tempo and cross genres without missing a single note.

In a song that depicts a relationship between two people, “Crazy” is a ska-infused anthem with punk undertones about reading mixed signals. Characterized by a fast, upbeat tempo and a horn section— which typically includes trombones and saxophones— ska was the precursor to reggae music. The two genres differentiate in terms of pace, because reggae is typically played at a slower rate.

Moving down the track list, the Bumpin’ Uglies diversify their sound even further on “Hard Liquor.” As the blatant title suggests, this song documents indulgent behavior. Here, the band rises to a new level. Hardesty sounds like he could win a rap battle, as he quickly spews catchy verses against a rhythmic beat that is hard to resist. Musical guests from Ballyhoo!, Oogee Wawa, and Sun-Dried Vibes join in and sing a few bars.

With a do-it-yourself work ethic and voracious appetite to create and share music, the Bumpin’ Uglies have definitely left a notable trademark on “Beast From The East.”