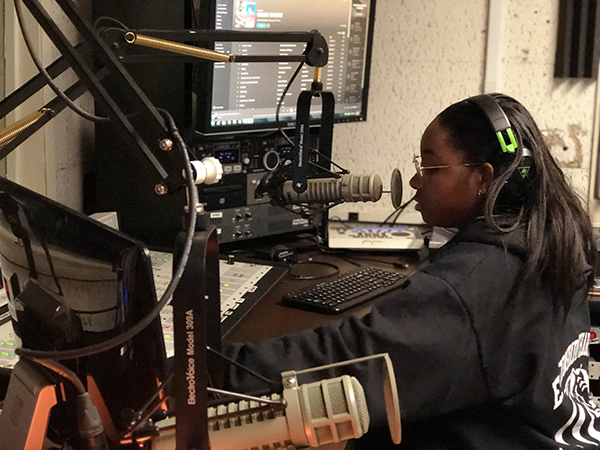 KKSM—the only radio station in San Diego on the dial that allows DJs to pick their own songs, has been nominated for over nine awards this March in New York City, competing with many other radio stations nationwide.

Intercollegiate Broadcasting Systems (IBS) hosts the awards yearly, and will be hosting the competition.

Zeb Navarro, station manager since 2006 and affiliated with the program since 1998, described the impact the students have had on the station over the years.

“We offer something different through our format,” Navarro stated, adding “one hour you might hear hip-hop, the next hour low-rider oldies.” It’s all programmed by the students.

Not only is the station student-run, but they operate on freeform, which allows students to create their own content, ‘Specialty Shows’ and playlists that range from all genres, without restrictions.

“People are getting tired of the corporate radio, listening to Taylor Swift all day. A lot of our listeners tune in to listen to music they haven’t heard of in a long time,” Navarro said.

Content is created after a student goes through the DBA 130 class, and Navarro says this is when the fun happens. If students have excelled in the class, they can pitch their content to Navarro, and he works with them to help in creating 2-3 hour show blocks.

The radio station offers more than just student content. “College radio is about discovering artists before they made it big,” Navarro added.

New artists are brought in by the students. Often times a student hears a new upcoming artist in San Diego or YouTube, then works with Navarro to help bring them in to the studio.

A lot of these students aim to go into commercial radio, and this is a stepping stone. Navarro listens to the student’s demo reels and provides feedback, pushing them in creating better content each time.

As for the nominees, special requirements are given to students to present their material to the IBS for the possibility of being nominated in their designated categories.

Lydia Arguello, nominated for Best Audio Engineer, was the only female this year to be nominated in that category.

“It’s an honor just to be nominated,” Navarro stated, saying that they are often pitched against top 4-year universities.

KKSM won Best Community College Radio Station two separate years, in 2015 and 2017. They are again up for the award this year in 2018.

Ana Martinez was nominated this year for Best Foreign Language Show, ‘Spanglish con Ana’. This is her first nomination since she started at KKSM two years ago.

Martinez stated when doing the show, “I pretend that I’m talking to someone—sometimes I have it in my head one way, but it comes out on the mic in another. You can’t think to much about it.” She explained that it sounds more genuine this way.

Kristina Thomas, one of the DJ’s nominated for Best One Liner, said that this is the career path for her.

When she first started at Palomar, it was a class assigned to her since she hadn’t been sure of what she wanted to do. Now, she spends hours in the studio, working on her playlists.

“It’s good to have a set group of people around you,” Thomas stated. “We discuss sound, and then we put together music that we believe people want to listen to, from all genres.”

With music, it comes down to energy, Thomas added. “Give as much energy as you can, and then they’ll feel it through the headphones.”