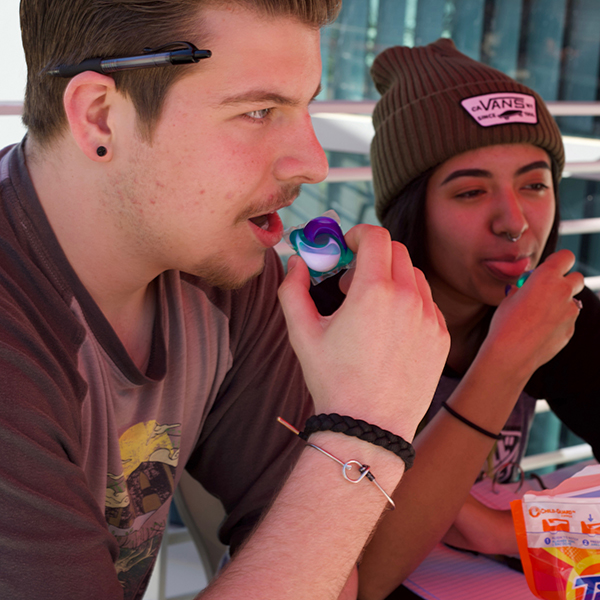 The upcoming generations are proving time and time again that with every generation comes stupider and stupider people.

Thanks to the internet, we’ve seen young adults pour buckets of ice on themselves, eat spoonfuls of cinnamon, nearly die from climbing on the top of skyscrapers just for a selfie, and smash their faces into the bends of their elbows then call it a dance move (dabbing).

The point of the matter is because of the internet, it’s much easier to see these stupid people.

Don’t misunderstand, each young generation has its fair share of stupid people, but they’ve never been able to flaunt it openly and publicly until now.

The newest trend is eating Tide Pods. Near the end of 2017, this trend started to grow and grow until nearly everyone has heard of or seen memes about people consuming Tide Pods.

Within the first half of January, Poison Control Centers dealt with more emergency calls with people consuming Tide Pods than all of 2016 combined.

To understand why the PCC is involved, it should be noted that Tide Pods are poisonous. Who would have thought that concentrated detergents and chemicals are poisonous when consumed? Clearly the growing number of teens and young adults consuming Tide Pods didn’t think of this.

Something else to consider is the effects on the body after consumption. The Public Health scientific Community from the European Commission released a report on what consuming Tide Pods does to the body.

According to the report, the lighter effect of eating Tide Pods “may include vomiting, abdominal pain, flatulence, and diarrhea.” While the more serious risks sit at “vomiting or formation of considerable amounts of foam in the mouth involve an aspiration risk.”

Along with this, the American Association of Poison Control Centers (AAPCC) claims that consumption of Tide Pods “could lead to possible death.”

However, the question still stands why are people eating them? The answer isn’t because it’s just a joke or a meme, but because the people who make these jokes or memes usually have enough common sense to not actually act on those jokes.

The real reason is to make money. The majority of the videos were posted on Youtube. Through the use of putting ads on the videos, content creators were making money off of their videos of consuming Tide Pods.

Although most of the videos have been taken down on Youtube, videos are still being posted and money is still being made.

This new generation of stupidity is built upon the idea of being internet famous and making money. Although it’s clear that the internet has brought more good to the world than bad, the bad shows its face when it comes to new generations boasting about with stupidity of new proportions.