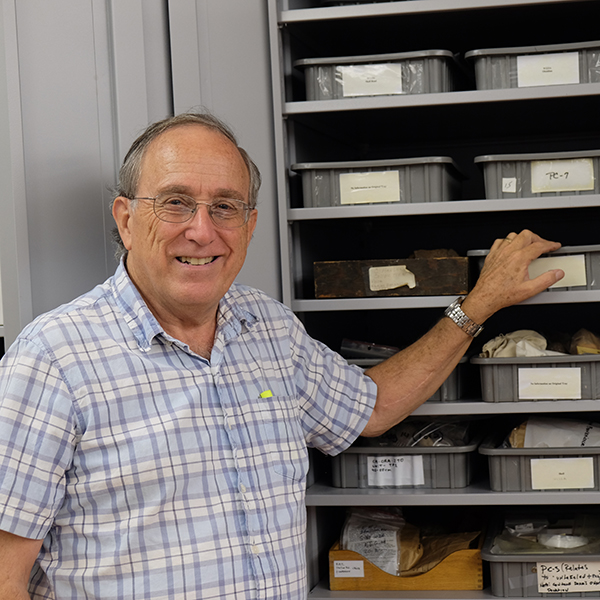 DeBarros’ career began after graduating from Stanford with degrees in English and history. For the next eight years, he worked with the Peace Corps in Togo, West Africa, first as a volunteer and then as a staff member. “I set up in-country training for the teaching volunteers before they began their work. In the past, there were volunteers that would come and end up quitting because they weren’t able to adapt to Africa,” DeBarros His time spent in Togo inspired DeBarros to pursue a degree, and later a profession, in anthropology.

He went to University of California Los Angeles, where he received his Ph.D. in anthropology with an emphasis in archaeology. Later, he worked as a director of an Orange County environmental firm.

Since joining Palomar’s faculty in 1994, DeBarros has accomplished numerous feats. “When I first started here, the archaeology program was not doing well. I had 14 students in my excavation class, 11 and 10 in a couple others. I said, ‘this is really low’,” DeBarros stated.

With intense promotion—at high school career fairs, by creating a web page, and publishing articles in the North County Times—DeBarros helped to triple enrollment into the program since its development in 1976.

Over the years, DeBarros has added curriculum applicable to the modern-day job market in this field of work. A Cultural Resource Management course allows students to learn about legal and operational bases. Historical Archaeology focuses on archival research and artifact analysis. For one course, Advanced Archaeological Surveying, students take part in a cooperative survey program with Cal State Parks.

In 2010, DeBarros made a cooperative agreement with Rancho Penasquitos Adobe State Park, which governs the remains of adobe buildings from the 1820s and Native-American land. Courses like this give students hands-on experience within the Archaeological program.

Assistant Professor of archaeology, Marlo Willows, expressed her gratitude for DeBarros and the effort he has put into the program. “He has been instrumental in shaping the Archaeology program to what it is today. We just celebrated our 40th anniversary of the Archaeology Program last year.”

His other greatest achievement is creating the Exploring Darwin Conference. Now in its eighth year at Palomar, this event shows the public how Charles Darwin’s Theory of Natural Selection applies to a wide variety of natural and social sciences—Evolutionary Psychology, Evolutionary Economics, Paleontology—not just biology.

When speaking of retirement, DeBarros said he has “a number of choices.” Currently, he is writing two books in French on the early and later Iron Age of Togo, which include his research from the past four years. The latter will be published sometime next February. He would like to travel more and revisit Yellowstone National Park in the off-season, when there are not as many tourists.

DeBarros is contemplating working in the Peace Corps again, as there are monthly seminars in Africa. Although DeBarros is leaving Palomar, he may not depart from the academic realm altogether. He might teach part-time at the Rancho Bernardo South Education Center.

A former Palomar student, Andres Berdeja, is thankful for the passion DeBarros has for Anthropology. “I’m sad to see him retire, but was happy to have experienced such great wit of such an inspirational person.”