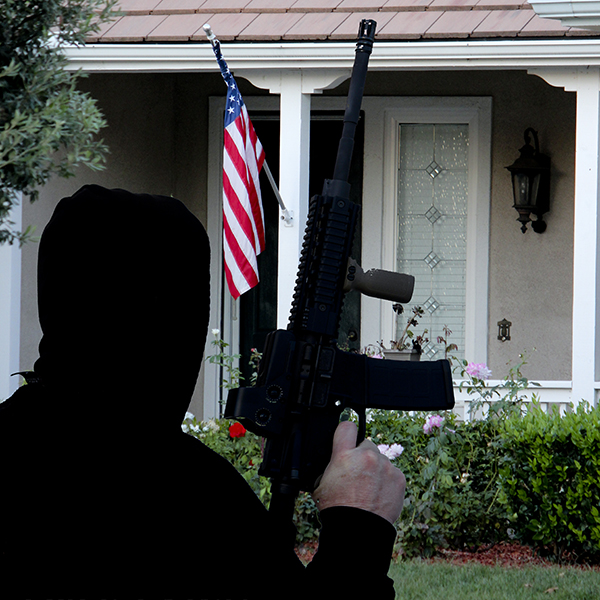 By allowing gun control laws, we are denying the right to personal safety.

Gun control laws infringe on the 2nd amendment. People of the United States deserve the right to feel safe in their own homes, and by stripping them of the all guns may result into major consequences.

Taking away guns for good would only fuel their business for the hypothetical “Black Market.” Giving these people the ability to illegally sell guns may not only be against the law, but these guns could progressively become more dangerous as we travel down this thin rope. We go into unknown territory once we get rid of our number one safety tool.

The guns held by the vegas shooter were legally obtained and altered to act as if they were automatic. It is twice as easy to purchase guns illegally as seen on many different occasions in relation to mass shootings.

With the lack of gun regulations, guns could potentially be a hundred times worse than what we currently have. By keeping the ones that we can regulate, keeping complete control over the otherwise potential mishaps. Stephen Paddock, the Las Vegas shooter, had makeshift guns which were under regulation guidelines. Instead of getting rid of them, there could be other laws enacted to ensure the quality, quantity and caliber of guns that are produced for the public. Avoiding complete abolishment could be a major factor for the citizens’ safety which ultimately is ideal.

You can never truly stop someone from killing someone else. Taking away guns could result to so many more catastrophic ways of murder such as bombs, knives, homemade/black market guns, poison, and so many more extremely dangerous things that could have extensive amount of damage. Specifically knives are a large issue in the UK currently. Their death toll by knife has gone up tremendously in recent years after their ban on guns was enacted.

Ridding the US of guns doesn’t make sense because the reasons for doing so do not add up. Safety should always be in the back of someone’s mind when making the final verdict on this issue. As for the people, they deserve the opportunity to have guns in order to save their own lives, this ensures safety.

Average people, the people who get robbed and killed, don’t know the black market like the criminals who perform these heinous acts. They can’t defend themselves because they don’t have the access to do so. It’s not so much about the victims or how it happened, but the reasons why. Mental illness always plays a huge roll in homicide so maybe by tightening up the buckles on our current regulations before jumping to conclusions could in-turn create a safer environment that does not infringe on our second amendment right.

People who have the intent to kill, will in fact kill. At least this way, people have the choice to defend themselves in a way that is entirely effective. Getting rid of guns for good, will not be good for society. Overall, getting rid of guns open a whole new can of worms that could ultimately have an even larger and more complicated problem. Banning guns is a lazy bandage over so many other underlying problems. Why should we blame an inanimate object, a mere tool instead of looking at the deep societal issues that create mass shooters and emotionless killers?