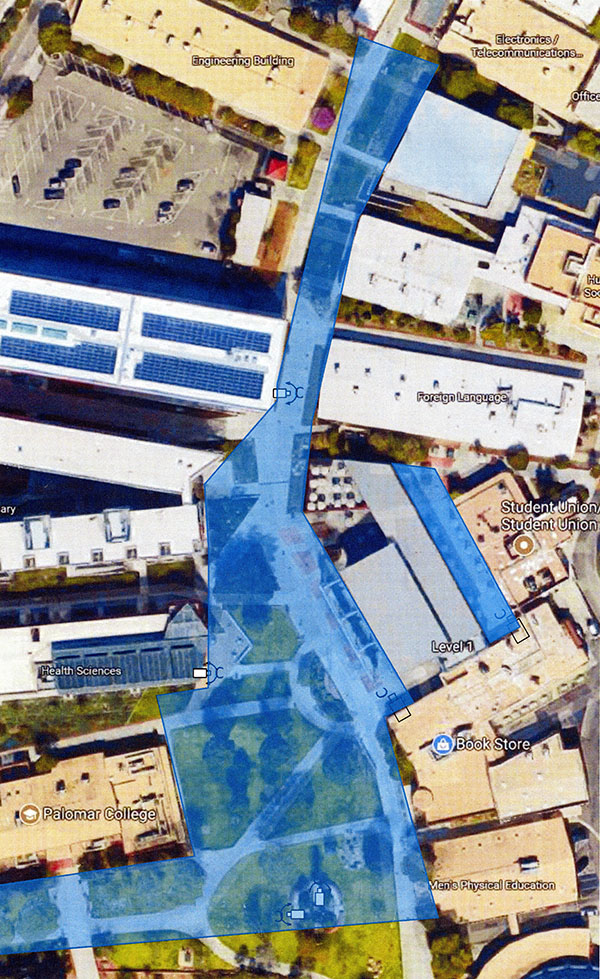 Palomar Police are seeking permission from the Associated Student Government (ASG) to place security cameras in the SU-Quad and on the clock tower.

The idea is to provide more security and ways to obtain evidence in criminal cases small and large. For example, if a student leaves their computer or phone in the SU-Quad, the police station would be able to see when and where it was left, and if anyone took it.

Police Chief Chris Moore stated in his presentation to the ASG board on Sept. 1. “It’s part of our job. We want to be here for the students.”

In order to understand if these cameras are wanted by Palomar students the ASG conducted a poll. “Generally the poll was against putting cameras inside the Students Union” President of the ASG, Chris Hopp said. “But there were students who were interested in putting cameras on the exterior.”

The cost of these cameras is just shy of $23,400, and where these funds would come from are still unsettled, though there is discussion that it will come out of Fund 71, the general student fund. The cost includes the installation of six cameras around campus.

Another main point as to why the Campus Police want to put these cameras up, is to provide faster response times when crimes occur on campus.

Given the reasoning, the ASG still expressed concern in regards to the placement of the cameras. Discussion about only allowing the cameras on the exterior is still underway.

Tori Soto, a student at Palomar, said “I really like that idea because it helps promote safety around our college. Mostly because I stay super late at school to work on homework and in case anything happened to me the cameras would be a help.”

Palomar Police also have a number to call, (760) 891-7273, for reporting crimes. They urge students and faculty to use this at anytime. You can also reach them on the Palomar main line and using extension 2289.

Palomar police also welcomes anyone at the station which is located on the left in the main entrance of campus.

They ask everyone to have a location, telephone number, and name when calling in a report. In addition ,to describe the incident clearly and accurately. Lastly, do not hang up. More information may be necessary to ensure a quick response.

ASG has yet to vote on the matter, and concerns and plans are still being discussed between the two groups on campus. As of press time, the ASG is scheduled to discuss the matter in the next ASG meeting on Oct. 20.