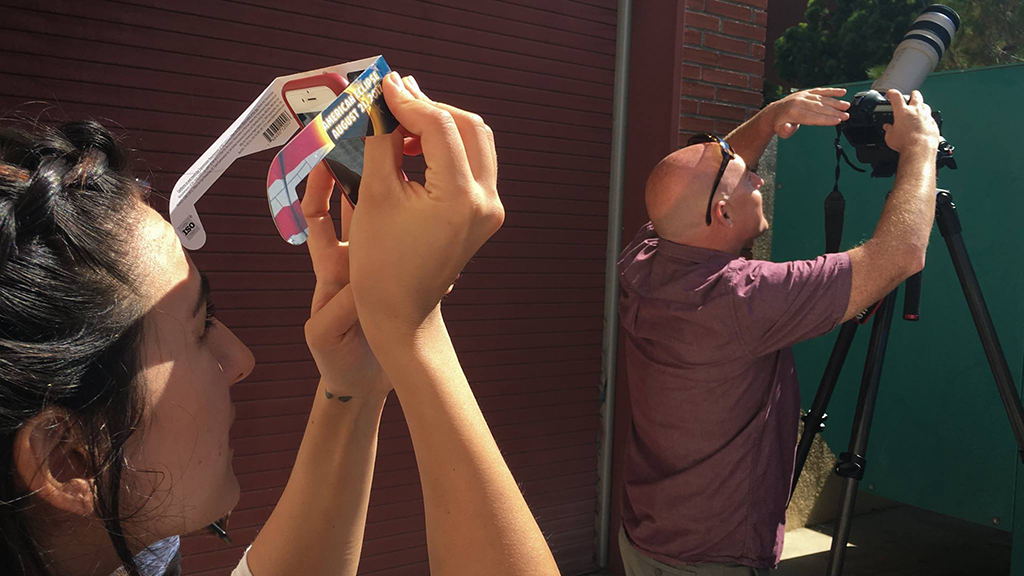 Sun watchers at Palomar College had the opportunity to witness a sliver of what is to the be The Great American Eclipse on August 21. The total solar eclipse hasn’t occurred on the North American continent since 1979 and while the college was not under the moons path to totality, students and faculty were able to see a partial eclipse—59 percent sun obstruction at totality—that occurred at 10:23 a.m. Monday. The Telescope staff went out to the Student Union Quad to put a campus voice on the solar event 38 years in the making.