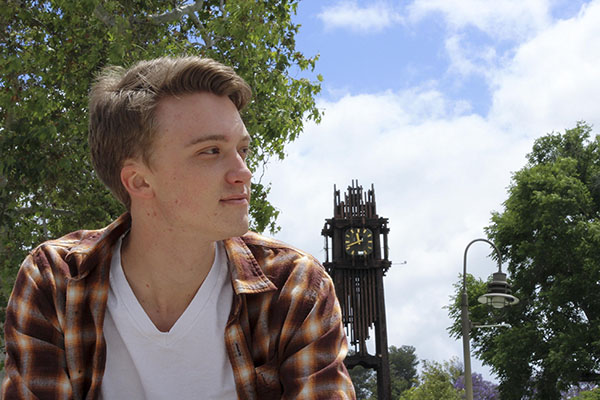 Making the most of the Palomar experience

Palomar College has changed my life because I was willing to make the most of what it had to offer, and as I leave this place to transfer next semester, my hope is that more Palomar students will discover how great this place really is by doing the same.

My academic life leading up to Palomar was nothing to write home about. I graduated from Great Oak High School in Temecula with a 2.53 GPA, my lowest semester being a 1.6. I didn’t bother taking AP classes, or applying to college because I had never believed that I could actually be successful in school.

As I started my classes at Palomar and watched my friends leave to go to universities, I felt like I had been left behind. That I was stuck in an unremarkable place where people went because they had to, or because it was a stepping stone to something else, or because they weren’t good enough to be elsewhere. All I brought with me was a desire to at least do better than I did in high school so that I could leave and go somewhere better.

What was supposed to be two years turned into three, and then to four. I had no idea what I wanted to do, and I felt like I was going to go nowhere because I had no clear path calling me forward.

Some encouragement from professors in the direction of writing, and the fact that I knew I wanted to make a living doing something that would allow me to explore the world, led me to decide to try journalism.

I had some self doubt at first, but I was determined to commit myself and do as well as I possibly could. After a few articles, I found out that I actually really enjoyed it. I enjoyed digging into stories and finding more information, I enjoyed interviewing people, and I liked being the person to tell the stories of this campus.

At the same time, my political science professor Jo Limer had encouraged me to join the Speech and Debate team. It was a similar story here. I didn’t know if I would enjoy it, or if it was something I would be successful in, but I decided that I was going to commit myself to it.

Both activities have made this the best year of my life. This semester alone, I was able to travel to San Francisco with The Telescope, stay in Los Angeles, Colorado, and Washington D.C with the Speech and Debate team (all paid for by the school), and see success through both.

With The Telescope, I’ve written articles that I’m proud of, and through Speech and Debate, I found myself actually winning at tournaments. In evidence-based debate, I took home gold at the Phi Rho Pi national tournament in Washington D.C, and that is my proudest accomplishment so far in my life.

But more than that, I was able to meet amazing people that have become my best friends. My friends on The Telescope and on the Speech and Debate team are not just people that I enjoy the company of, but people that I love, something that I never thought I would find at a community college, where you are just supposed to show up for class and go home.

Palomar allowed me to grow, and gain confidence in myself, and make friends that I hope to keep for life. It has provided me with an environment that has fostered a drive to take on my life with vigor and a strong desire to actualize myself. I love this place, and though I’m excited to be going to San Francisco State next semester double majoring in Journalism and Political Science, I am sincerely going to miss this place and all of the people I have met here.

My plea to anyone who reads this is to make the most of Palomar. Join a club, become a part of a team, or become part of the Associated Student Government. Go to your professor’s office hours and talk to them and make friends with the people around you, because when you do, you’ll find that this campus has a beating heart. Then, maybe, you’ll grow to love it as much as I do.