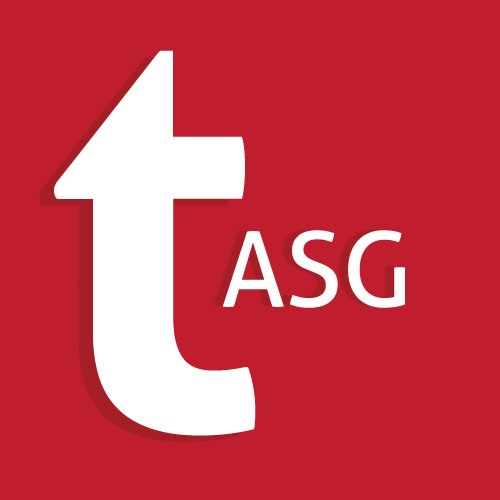 The Associated Student Government (ASG) elections took place last week, and only one student ran for each executive office.

Chris Hopp, ASG’s current vice president, said that in his time at Palomar, he’s seen that even though resources are available for students, many either don’t have access or they are being under-utilized.

“That was what drove me into student government in the first place, and just continuing along that pathway is what’s driven me to run for president,” Hopp said. “We’ve got a pretty complex campus and it doesn’t always suit the students. There’s trouble in accessing the resources that are available, there’s trouble with students just finding their way into the system to be successful.”

Hopp is 33 years old and is finishing his sixth semester at Palomar. After high school he went to college at the University of Wisconsin for a year before dropping out and working at a heating and cooling company, where he rose to become a general manager. Hopp eventually realized that he wanted to do something else with his life, so he moved to California and started school at Palomar with the goal of transferring to Berkeley.

“I do have some more real world experience than a lot of the other students out there,” Hopp said.

Hopp also has extensive experience in student government not just at Palomar, but at the state level. He serves as the region 10 treasurer on the Student Senate for California Community Colleges, the officially recognized student body which represents all community college students in the State of California. As the vice president of Palomar’s ASG, he sits as the chair of the Legislative Affairs and External Action Committee. As well as chairman for the Policies and Procedures Executive Review committee and other Shared Governance Committees.

ASG’s current president, Malik Spence, said that Hopp’s experience at the state level will make him valuable as the ASG president. “It’s nice to get that inter-college experience as well because the next step in making sure ASG is surviving year to year is making sure that we have that interaction with the different colleges in our region.”

As president, Hopp would not sit on these committees, as his responsibilities would be for only ASG.

ASG’s current president, Malik Spence, said the main role of the ASG president is to represent the student body to the governing board and other groups on campus.

Spence, who is ending his second year term as president, was unable to run again – as he is transferring in the Fall.

“I’m hoping my vision is one of involvement and collaboration of groups on campus,” Hopp said.

For the position of vice president, Amber Bancroft is the uncontested candidate. “I decided to run for vice president because I really like being a part of the ASG and getting involved,” said Bancroft. She added that she also already has taken on a leadership role in the ASG, so the job would be a good fit.

Bancroft is as 20 year old bio-engineering major in her second year at Palomar. She said she will be transferring after her third year.

Bancroft didn’t want to run for president because the president doesn’t have a vote in the meetings, and she wants to have more of a voice. “I’m too loud to be president, I’m too opinionated,” she said.

Bancroft, who has been in ASG for a year, said that she wants to use her organizational skills to make ASG meetings more efficient. “I am going to be more pushy with getting our bylaws revised. That’s what a vice president’s role is to do, is to make sure the ASG is running as smooth as possible,” she said.

Bancroft also wants to make ASG more transparent. “The problem we have right now is that we do a lot of things very quickly but we don’t inform the public.” Bancroft said she might do this by having someone regularly update the ASG website.

Though her being the uncontested candidate almost guarantee’s her success, both Bancroft and Hopp said they wished more people were not just running for the election, but were interested in joining ASG. “I feel like if we had more people or people that stayed longer we would be able to accomplish things better,” Bancroft said.

The past two ASG presidential elections were also uncontested. “Election involvement has been a long time struggle,” Hopp said. “Students at community colleges choose to come here out of convenience out of necessity, out of doing things to try to get their degree and student life activities are not always at the heart of that equation.”

Spence still had high hopes for voter turnout. “Even for an election like this, where you have both executive positions uncontested… I see it as each student having a right to either vote for that person or at least express their right to vote,” he said. “Any opportunity where somebody has the right to exercise their civic duty I’d encourage people to jump in and do that.”

Even though Hopp said he understands why some might not want the workload involved with being in ASG, he still believes more people should be involved. “We have somewhere just shy of 20,000 students. You can’t tell me that out of those 20,000 only 20 would want to be part of ASG,” he said.

Other people had shown interest in running for both the president and vice president positions, but some either didn’t meet the requirements or didn’t want to take on the workload.