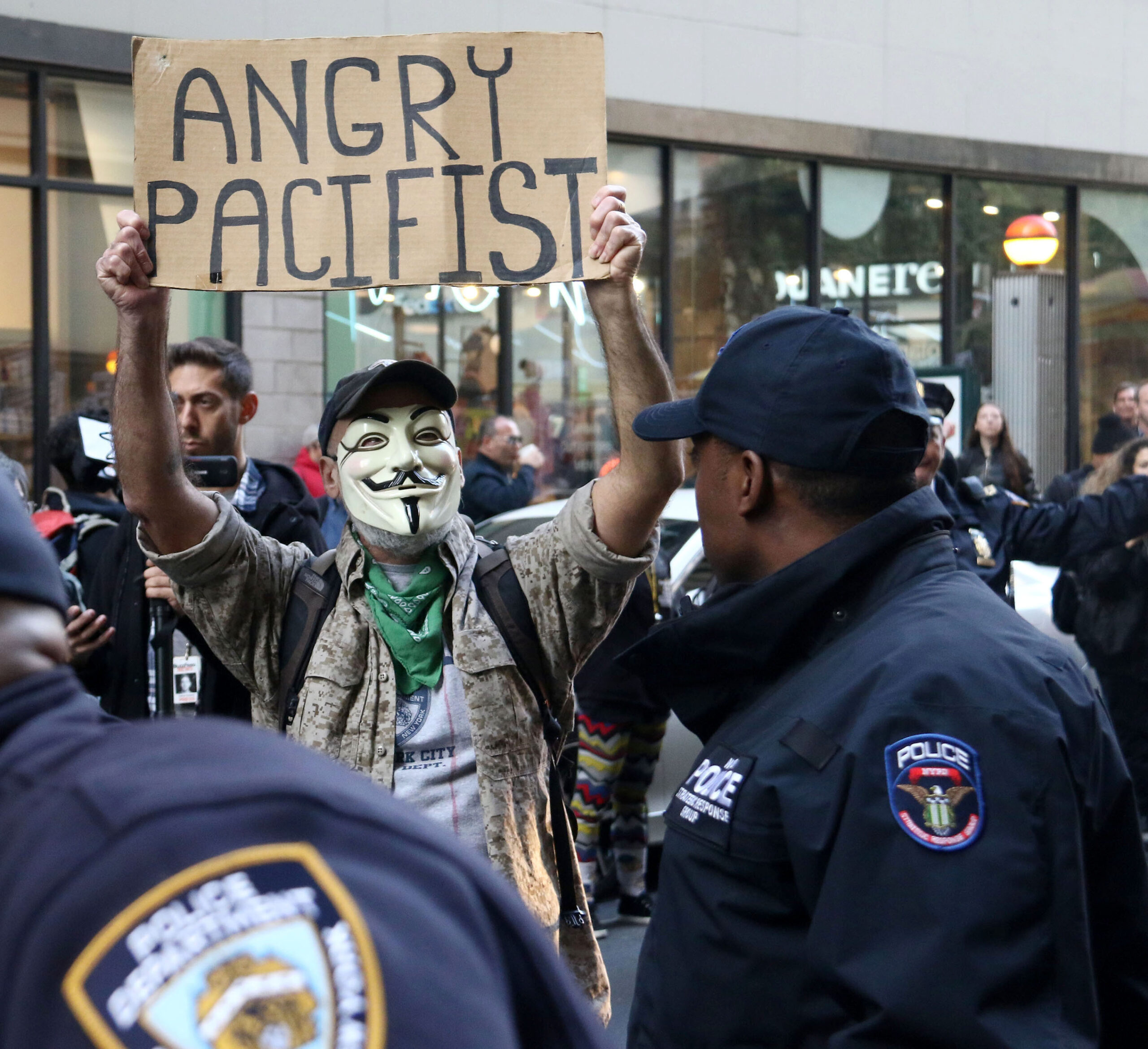 The level of disunity, violence and preemptive condemnation that has risen out of the protests and rallies against Donald Trump is inexcusable.

Following the Nov. 8 election, thousands took to the streets to protest Trump’s nomination. The irony of this, is that the rioters came to protest the fact that a “hateful” man was elected president. The way they attempted to convey that message was by shouting “F*** Trump”, burning the U.S. flag, and an effigy of Trump.

According to The Oregonian, around 4,000 protestors rioted through Portland, Ore. The rioters marched through a Toyota dealership and vandalized around 19 cars, smashed electrical boxes with bats, and threw small projectiles at police officers who had been called to disperse the crowd.

In short, protesting disunity with disunity and hate with hate. This violent and disorderly rhetoric has emboldened many to conduct themselves in a similar manner.

On Jan. 4, four individuals who were anti-Trump, recorded a video of them kidnapping and torturing a special needs white man. “You see this [man]? He represents Trump,” said one of the kidnappers. Throughout the video, you can hear the kidnappers in the background shouting things like “F*** Donald Trump” and “F*** white people.”

Although this has certainly been the most extreme instance of violent conduct since the election, the hatred directed at Trump has been a reoccurring theme for protesters. Multiple demonstrations have been organized since President Trump’s inauguration on Jan. 20, one of which occurred the day after. The Women’s March was aimed at ensuring that women’s rights continue to grow under this new administration.

“The women’s march began when women were devastated about the election of Donald Trump, and then it morphed, it morphed into a movement,” said Mercy Morganfield, an organizer for the Washington D.C. march. “This movement is not about Donald Trump, because it transcends Donald Trump.”

Pop singer Madonna also made a remark about the new administration stating, “Yes I’m angry, yes I am outraged, yes I have thought an awful lot about blowing up the White House.”

Let me be clear, the objective of the women’s march itself was one of unity love and peace. Many of the intentions for the march, such as fighting for equal pay and justice to be served to those committing acts of brutality, were righteous and good.

Although I certainly won’t denounce the event as a whole because of a few outliers, it is important to make note of these instances in which disunity and hatred were met with applause and cheers. Because when we forward praise to these moments, the purpose of the movement is defeated. By preemptively condemning hateful actions, we ourselves breed hate.

The noble objectives of many of these protests and marches, such as the fight for equality and the end of discrimination should absolutely continue. However, not at the cost of additional hatred and violence.