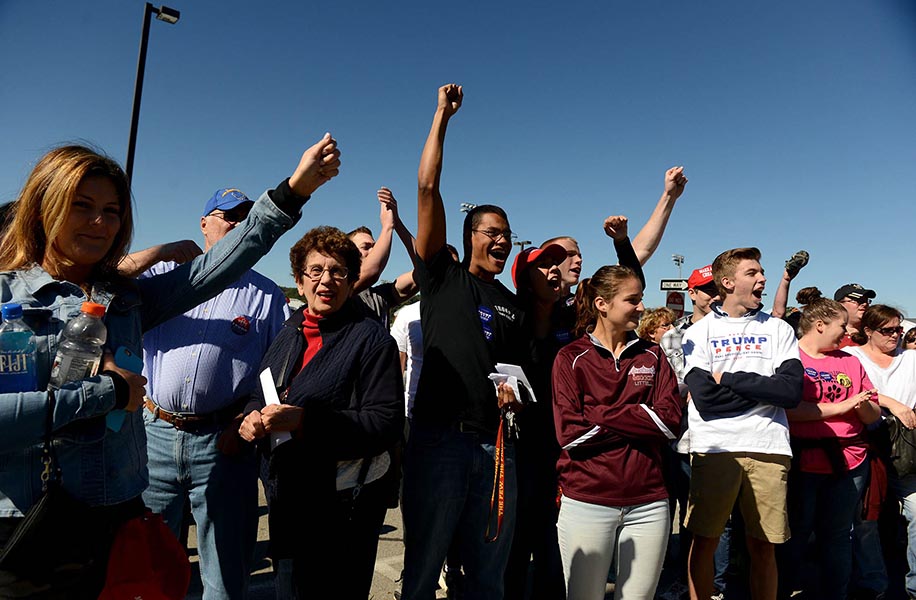 National protests have changed nothing

The end is near! Based on the results of the 2016 presidential election, America is on a one-way, unavoidable path to certain destruction, according to some liberal groups.

Since the announcement that Donald Trump had won the presidency, protest have broken out across the country in protest.

America has a new President. Much to the chagrin of the mainstream media in America, on Jan. 20 Donald J. Trump will be inaugurated. In response to this “travesty,” certain cities have rallied together and have decided to break windows, burn trash cans, and call for violence against anyone disagreeing with their viewpoints.

Portland, Oregon had one of the biggest and most prolific riots following the election results. What’s interesting about cities like Portland that are rioting, is that these are mainly liberal areas. So, in protest of the election, they try to burn down these cities that LIKELY voted for Hillary. Also, a large portion of millennials did not vote, yet still feel the need to protest the result.

These riots are not only dangerous to the bystanders living in these cities, but also to the protesters themselves. A day following the election, A group of UCSD students were planning to shut down a highway near La Jolla when a woman was struck by an oncoming vehicle as the protest was getting underway. This student is expected to fully recover, but how horrible would that have been if a life had been lost to such a trivial situation? Many of these liberals fail to realize that, for many of them, their day-to-day lives will not change at all. Some even speculate that Trump may not even follow through with any sort of mass deportation of illegal immigrants.

This isn’t to say that many Republicans weren’t upset about the election when Barack Obama won his two terms. Though, throwing every Trump supporter in a basket and labeling them all racists is unfair and untrue. A quick look at the statistics of those who voted this year will show us that many who voted for Trump, also voted for Obama. So that popular accusation is a flimsy one.

That said, Trump is not without sin. He’s said and done some regrettable things, no doubt. However, he’s been in the limelight for a good portion of his adult life, and only NOW when he is trying to run for president is he being accused of being a racist. It’s interesting how many of the accusations against him are starting to fade away. The media will continue to jump to every negative conclusion they can in order to fuel their ratings and appease their audience. Something most of us learn early in life is that life isn’t always fair, and that crying about it isn’t going to change anything.