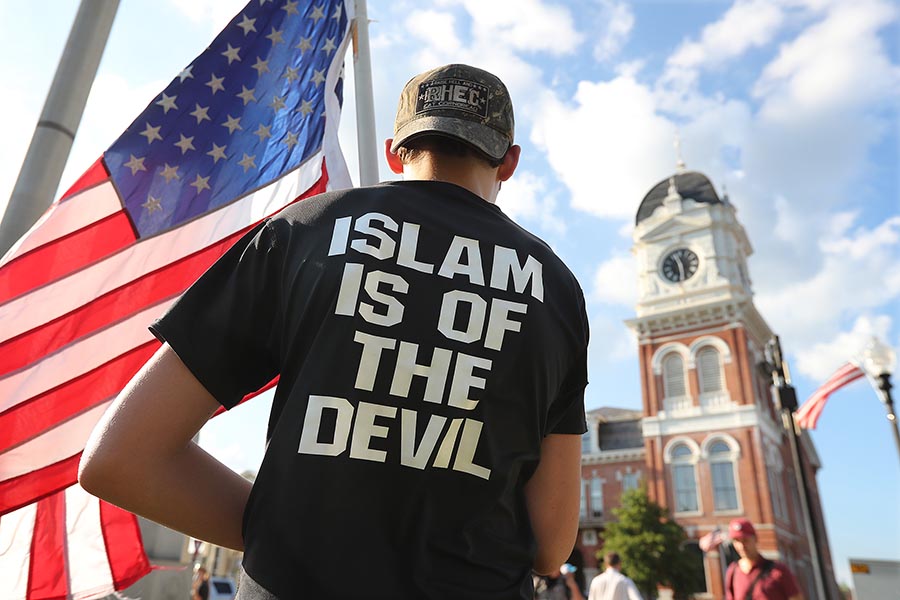 Islamophobia is defined as unfounded hostility toward Muslims, and therefore fear or dislike of all or most Muslims. Islamophobia is prevalent in America today and its effects can be earth-shattering for the Muslim community. This fear and misunderstanding affects students right here on our campus.

“We hope to give people an open mind. Because after all, we are all human beings and should be treated equally,” said Elbanna.

The Muslim Student Union meets every Wednesday at 3 p.m. in SU-204 and welcomes anyone new to the club at any time. Club members plan events during meetings to ignite more understanding and to bring people together.

“The club is important to me because I want to be able to give Muslims a place to feel safe,” said Elbanna. “It’s important that Muslims and other people find a community that they can lean on.”

Elbanna is passionate about the club because Islamophobia has made an impact on her life.

Elbanna explained, “Islamophobia has affected me personally and has affected my community. My community has been threatened a couple of times and in times like this, I feel like Muslims should stick together more than ever.”

November was a very important month for the Muslim Student Union for it is Islamic Awareness month. The club planned multiple events for the month, starting off with the hijab challenge which took place Nov. 1. They passed out flowers to students with sayings from the Prophet Muhammad Pbuh, and the event was very successful.

The club has also participated in on campus events, such as hosting a booth in the SU-quad that compares and contrasts the Bible to the Quran.

“Our goal is to show people that the Quran is very similar to the Bible and that we respect the Bible as well,” said Elbanna.

If any students have questions about events or are interested in joining the Muslim Student Union, feel free to stop by their club meetings on Wednesdays.