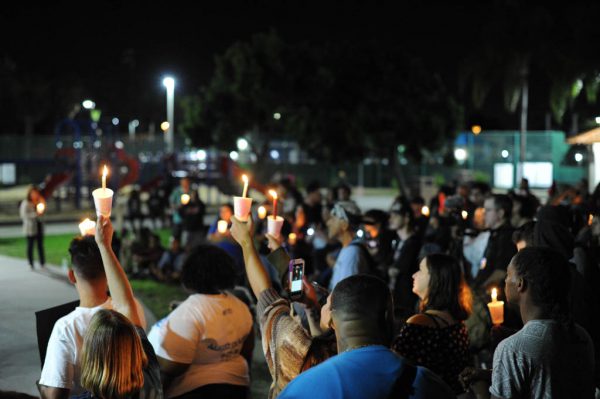 Amid boiling tensions nationwide over racial injustice, Palomar’s theater department is scheduled to perform their next production, “Facing Our Truth: Six 10-Minute Plays On Trayvon, Race, and Privilege.”

The performance will be directed by Palomar Theater Professor Michael Mufson and will run from Dec. 2-11 on Fridays, Saturdays, and Sundays at the Palomar College Performing Arts Complex Studio Theater.

Mufson adapted the play from The New Black Fest organization, a group which gathered six widely diverse playwrights to each write a 10-minute play on the topic of race, injustice, and privilege. The New Black Fest created these plays in an attempt to incite serious discussion in our collective communities around issues of racial injustice, systemic violence and white privilege.

The play itself was written as a direct response to the 2012 killing of Trayvon Martin, an unarmed 17-year old African-American high school student who was shot as he returned home from a gas station run. Outrage arose when the man who shot him, George Zimmerman, later was acquitted of his murder charges on the basis of self-defense.

Mufson expressed his eagerness for the production because of the controversial issues being addressed, and he believes audience members can expect to come away from the performance moved by what they’ve seen and with a new insight.

“They can expect to be moved in their hearts and minds to put a human face on the issue of racial injustice,” Mufson said. “This can be an engaging experience that creates dialogue about why racial tension is tearing us apart and what we can do about it.”

Macy Weinfurter, a Palomar student and cast member in the performance, likes how unique the performance is while also capturing the essence of a very important issue.

“I think the most compelling aspect is how it uses six small plays that are all entirely unique from one another, yet all touch on the same topic,” Weinfurter said. “The topic is definitely heavy and deep, so having a variety of plays from different points-of-view all revolving the same theme is the strength this production has.”

All showings are open to the public. Any and all community members are encouraged to attend.

Showtimes for Friday and Saturday performances begin at 7 p.m., and Sundays at 2 p.m. One weekday performance is scheduled for Thursday at 4 p.m. Admission is $10 for students with valid ID cards, $12 for staff and seniors, and $15 for general. Visit palomarperforms.com for more information.