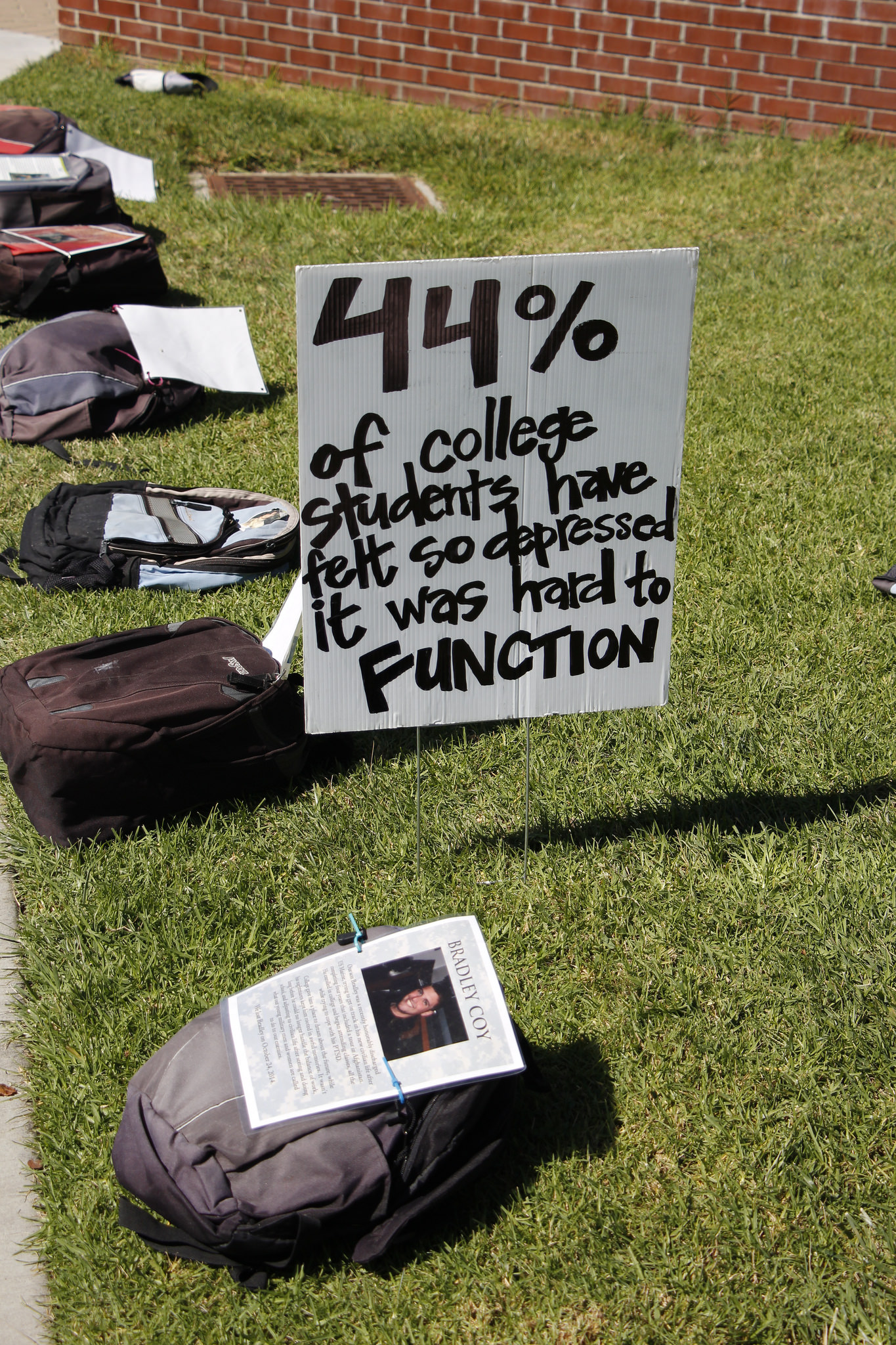 The Active Minds club on Palomar’s campus is fighting to end the stigma against mental illness through events like “Send Silence Packing” that took place Oct. 6.

The mission of Active Minds is to create dialogue on Palomar’s campus about mental illnesses such as depression, anxiety and bi-polar disorder. The club provides a safe place where students feel welcomed and comfortable to communicate with others while planning events that bring awareness about the impact mental illness on students.

In cooperation with Active Minds Inc., a national non-profit organization, backpacks were donated from the families and friends of suicide victims for the event. Many were also donated by schools around the U.S. to show support for the cause. More than 1,100 backpacks were lined along the lawn in front of Quad. These backpacks represented the number of college students who die each year by suicide from suffering with a mental illness.

Active Minds club member Leslie Echegoyen explained, “With this event we want to bring awareness to how often this happens. It is around us, we just don’t see it personally very often.”

The majority of these backpacks were accompanied with stories and photos attached by the exterior of those lives lost to suicide for passerby to read. Signs were also placed throughout the event displaying statistics such as, “60 to 80 percent of teens who suffer from depression are untreated,” and messages such as, “Seeking help Shows Strength.”

Club members hope anyone suffering at Palomar can see that there is help readily available to them and that they are not alone in this fight.

“We hope to educate people to know the red flags. And to anyone suffering we want them to know there is a way out, help is available,” Echegoyen said.

Booths were set up with information about suicide prevention at the front of the display. Palomar counselors were on hand at the event for students who wanted to express how they were feeling. Counselor Dana O’Callaghan added, “I hope it brings a lot of awareness to the students, I know it brings up a lot for some, but if it helps one person then it’s worth it.”

Active Minds meets every Wednesday from 11 a.m. to noon in SU-204 and welcomes anyone interested in fighting the stigma of mental illness.

If you or someone you know has thoughts of suicide, call the National Suicide Prevention Lifeline at (800) 273-8255 or text the Crisis Text Line; type “BRAVE” to 741-741. These services are free, confidential and available 24/7.