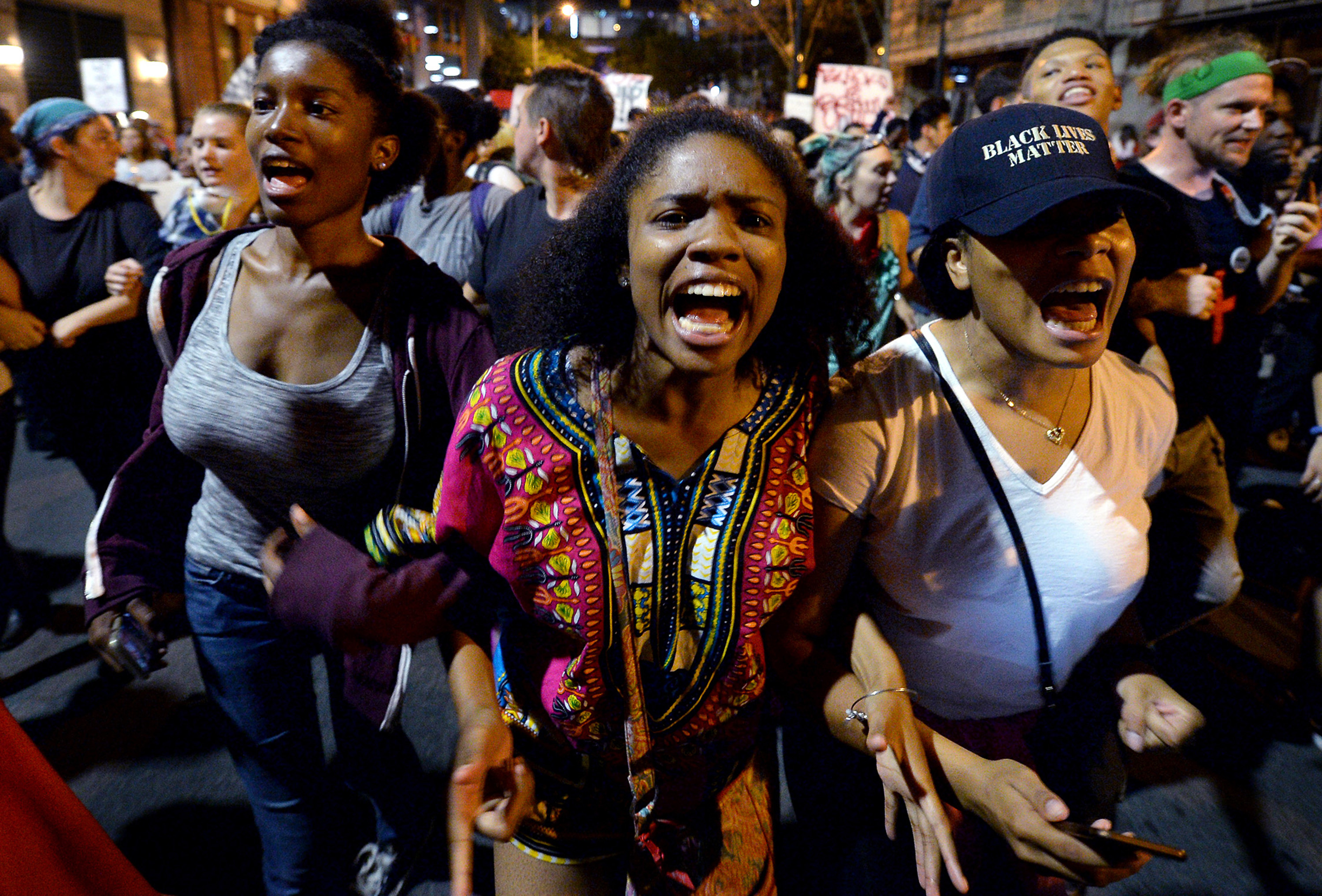 Welcome to 2016 where African-Americans still feel hey are not treated as equals. Black lives matter appeared as a peaceful movement but is now driven by anger and has become out of hand. As a white female I believe that all lives are equal, where this movement amongst African Americans has driven our nation into division, ensuing more violence and anger amongst every race.

I’m a firm believer that when you make bad, often time unlawful, decisions, there will be consequences; whether those consequences be jail time, bad karma or even death.

One recent example of a bad decision involved Carnell Snell Jr, an 18-year-old African-American male in Los Angeles. Snell and another accomplice fled from a car with paper license plates that the police believed to be a stolen vehicle. When the two fled the police chased them down, but Snell was subsequently shot by one of the officers. Following this event there have been many protests from the Black Lives Matter community including an incident where Los Angeles’ mayor’s house was egged.

The police are given a tough and dangerous job where they have to make quick and concise decisions. Blaming an officer for shooting a man or targeting a specific race is ignorant.

Black Lives Matter is more than a moment it’s a “movement” as their website calls it, that is looking to end the oppression African Americans still face in this country.

The movement is portraying themselves as the only victim of racism in a country where every race has gone through such realities in the past or are currently facing them, look at our Mexican and Arabic citizens.

We have already overcome the period of prejudice against African Americans in our history and continue to make progress, so the movement of Black Lives Matter seems unnecessary. It’s a movement that is moving two steps backward and not progressing forward.

Their website claims, “We are talking about the ways in which Black lives are deprived of our basic human rights and dignity.”

You want to talk about people who’s basic rights and dignity are being taken? Millions of Syrian refugees were forced to flee their own country with no money, losing family members, starving and living in poverty because they aren’t given basic human rights or dignity. Right now there are bigger problems going on in our world and we should all cooperate together as one human race to resolve these atrocities.

One point I really want to make is that I don’t believe this is a race issue. This is a dilemma where people who live in lower income areas have to face more often than others because where they live is dangerous.

According to the U.S. Census website, African Americans have the highest poverty rate at 21 percent with Hispanics and Asians following second and third. Whether you’re Hispanic, white, Asian or black, living in these impoverished areas has already been targeted and viewed by police force as a high-risk area. Police have to be more active in these areas to keep all lives safe.