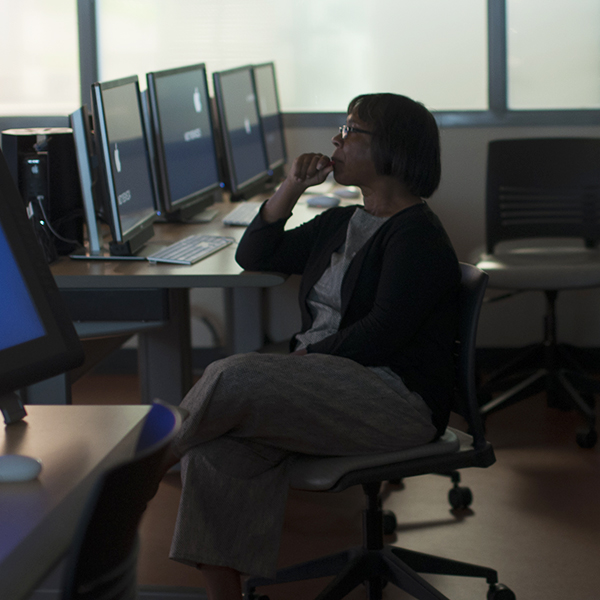 Palomar’s new president has seen adversity and now has her sights on making a college education accessible to more students.

After two candidate searches, Palomar has settled on a new superintendent/president. President Joi Lin Blake is coming in with a previous presidential position from Alameda College.

Blake’s own experience as a college student started around the time she was diagnosed with arthritis. “I dropped out of school because I had given up because I had arthritis and I didn’t think I could make it,” Blake said.

She attributes her later success in college to the support services at Grossmont college. She described the service as giving her the ability to believe in herself and eventually to make it to San Francisco State and later her master’s at San Diego State.

“The counselors and the faculty believed in me,” Blake said. “They just said you can do anything. You know this is just a bump in the road, so I’ve always adopted that. We’re all going to have bumps in the road.”

What further drew her into wanting to work in the college system was to provide these services to students.

“If I were in administration I know I could have an impact and make a change,” Blake said. “I was in the position to influence decisions to better serve students.”

Blake explained her goal as president is to establish Palomar as the most prestigious community college in the nation. Her plan, to make what she describes as a lofty goal possible, will utilize local and national opportunities in science, technology, engineering, arts and math.

In addition, the San Diego Union-Tribune recently named Palomar as the best community college in San Diego and the second for college/university.

She also mentioned building up promise programs at Palomar such as providing a year of free tuition to high school graduates, regardless of GPA, and the San Marcos Promise which covers two years of tuition for high school students with a GPA of 2.0 and higher in the San Marcos Unified School District.

“Palomar has the foundation and the bones that it needs to launch to a different level for the twenty first century,” Blake said.

Blake was previously involved in a similar free tuition program at the College of Alameda. One thing that Blake took away from her previous experience at Alameda College is that anything is possible if you don’t let the roadblocks stop you.

“If you have a good leadership team, a good faculty, and a good campus you can make anything happen for students,” Blake said.

Growth for Palomar’s enrollment is also in Blake’s vision for Palomar. Efforts to further connect North County high schools with the college are currently in the works. Such efforts include the college’s dual enrollment program and a partnership with Ramona Unified School District to teach courses in the district that began this fall and will be expanded in the following spring.

Further plans to bring students to Palomar are in the works for Poway and Rancho Bernardo high schools districts. This is seen in efforts to create a package where future students can complete their general education courses at Palomar’s south center once built.

Faculty Senate president and participant in the search process itself, Travis Ritt commented on both the Governing Board’s goal of having a experienced president and a president that works with faculty has been met.

“The Governing Board really got the type of president they wanted, and we’re just starting to work (with Blake), but I think the faculty got a very strong president in Dr. Blake as well,” Ritt said.

Another participant in the search process, Shannon Lienhart, who is also a faculty senate and union member, described her conversations with Blake as inspiring. She went into describing Blake’s willingness and desire to bring students of different economic levels from across North County into Palomar’s community along with her concerns over poverty illustrate her commitment to the college.

“I just find her compassion for the types of students that are out in our community to be very refreshing,” Lienhart said. “ I feel like she focused on the right things, focused on the mission of the community college.”