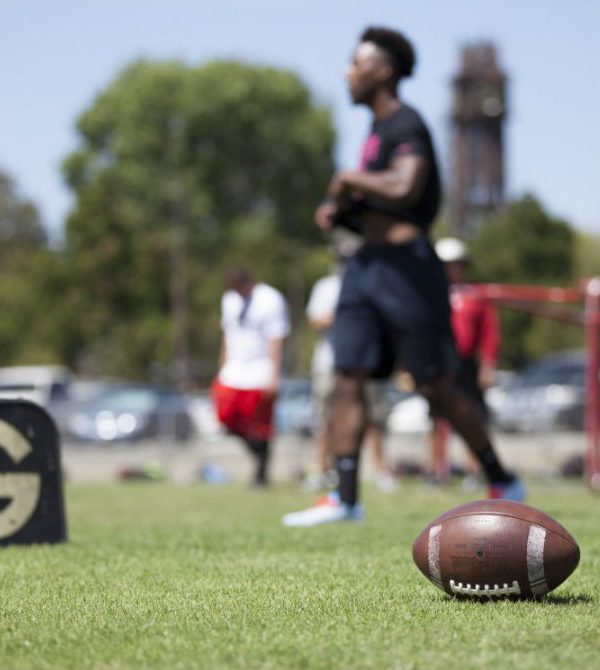 Football starts up with spring conditioning

Spring practice is to improve the players overall fitness and to see who will be their key players for the upcoming season, as well as checking out the first-year players.

Head coach of the Comets football team, Joe Early, says the primary focus for spring practices is to get the players ready for summer and evaluate them since the spring practice schedule is so short.

“We expect the new players to compete when we recruit them,” says Coach Early. “We tell them upfront that we want guys that aren’t afraid to compete. That means compete everyday in practice, that means compete in the classroom. We want guys that like to win, but not everybody knows how to win, so it’s our job to stress that and get it across to them and every aspect of not only football, but academics.”

The Comets will have 98% of their roster filled by July and will be a completely different atmosphere.

Spring practices are only two days a week, then when it gets into the summer it’s four nights a week, once August comes around the team has practice everyday, and not long after, the season starts.

Coach Early says the recruiting process has gone well, and he believes that the Comets will have some players who will compete for starting time, which is something Palomar fell short of last year with injuries early on and not being able to get those players back when they needed them.

“I think we finished last season the way we wanted to on a win,” says Coach Early. “We just got to put our nose to the grindstone and we got to be better in the weight room which helps us stay healthier during the long season and we have to get to a situation where we don’t beat ourselves. I think last year, there were four or five games we could of won, but we didn’t because of an untimely mistake or an untimely penalty and that was the difference in the game, so we have to understand that every play counts, you can’t take any plays off and you don’t get better in a game, you get better in practice.”