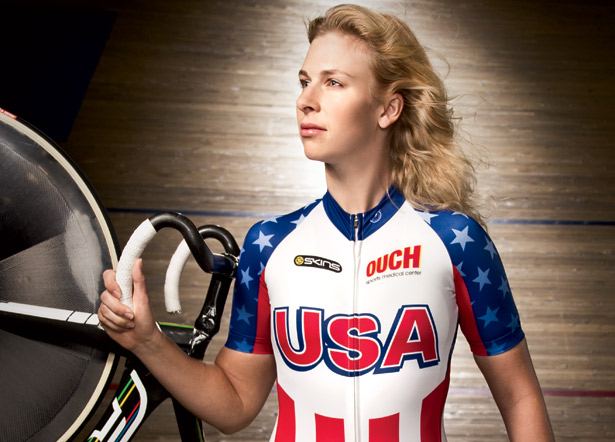 Comet on the road to Rio

A former student from Palomar is all set to compete in this summer’s Olympic games in Rio de Janeiro.

In 2008, Sarah Hammer raced in the Summer Olympics in Beijing, where she placed fifth overall in the individual pursuit and was also in London for the 2012 Summer Olympics and brought home a silver medal for the women’s team pursuit.

Hammer was born in Redondo Beach, California and began cycling at eight years old, winning her first race when she was 12. After a brief hiatus in 2003 she came back to racing after being inspired by the cycling at the 2004 Olympics in Athens.

Since then, she has raced all over the world and currently holds the World Record for 3-kilometer individual pursuit with a time of 3.22.269 set on May 11, 2010. Hammer’s other successes include winning the USA Cycling National Champion 20 times, the Track World Championships nine times, and a gold medal at the 2015 PanAm Games in Toronto.

Besides racing, Hammer likes to give back to the community by being a mentor for Classroom Champions. Since 2009 this non-profit website has been dedicated to helping children with the right skills for success. Hammer has been the subject many motivational and inter-active videos, along with live chats for viewing on the website’s classroom.

Hammer studied business at Palomar during 2013 and while an interview would have been great, attempts to locate her were to no avail.

We wish the best of luck to Hammer and the rest of her USA teammates as they race into the final stretch towards Rio. The Olympic games will be held from Aug. 5 – 21, 2016 and broadcast on the collection of NBC networks.

To follow Sarah’s Olympic journey be sure to check her webpage, http://sarahhammer.us