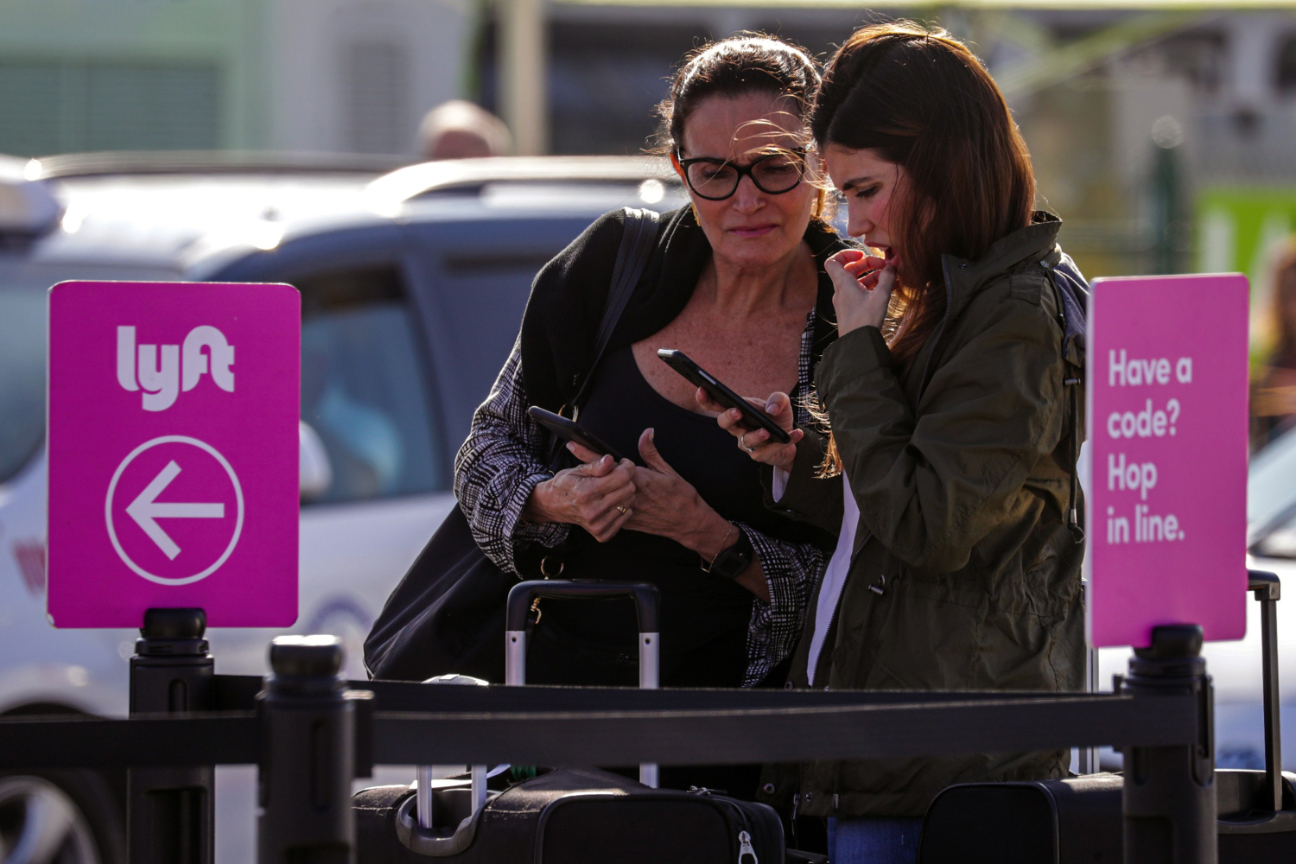 Taxi vs. Uber and Lyft

You need a ride. Maybe you are at the airport, going out for the night, or are already out and had too much to drink. So you pull out your phone to get a ride.

Now the question is: who is giving you a lift? Do you call a traditional taxi or use an app on your phone like Uber and Lyft?

New ridesharing apps like Uber or Lyft seem to be the new way of getting around. A lot of people are leaving taxi companies and moving on to Uber and Lyft because, among other things, taxi companies charge a lot more money for fare than either mobile app services.

Uber is a ridesharing company headquartered in San Francisco that was founded in 2009. Consumers can track the Uber driver’s car that is coming to pick him or her up on the mobile app.

Uber does not provide company cars and requires their employees to use their personal cars to pick up customers. Lyft is very similar to Uber. Lyft was founded in 2012 and includes an app to track the Lyft driver’s car just like Uber does.

“I could see [Uber and Lyft] running them out of business,” Palomar student Trenton Wernli said regarding taxis. Uber and Lyft are “cheaper and more convenient, which makes a big deal.”

Palomar student Shamar Turner believes ridesharing apps will drive taxi companies out of business. “We all use our phones all the time and the Uber app is a simple app to download you know and it’s an easy app to use,” Turner commented.

“I think it’s more accessible. It’s a lot easier to do than call for a taxi,” Turner said of the ridesharing apps.

Cleanliness a factor in the switch

In a 2014 article by the South Florida Sun – Sentinel, taxi cab customers reveal what they thought about riding in a taxi cab.

In the article, previous taxi cab users said they were disgusted by filthiness of the cab, and said the back seat safety belt was covered in an “oily substance” which left a stain on their shirts. As well as “smelly hamburger wrappers” during summer without an air conditioner. Customers also complained that the cab drivers arrive either too early or too late.

Palomar student Fernanda Cruz explained that she has had similar experiences in a taxis. Cruz stated that she has taken a taxi that was filled with garbage from the previous passenger. Since that bad experience, Cruz now prefers ridesharing apps over taxis.

The majority of people interviewed stated they believe taxi fare is too high and the apps’ rates are more reasonable.

Student Alexander Brooks stated he prefers ridesharing app rates over taxi fare since their rates are more reasonable than taxis. “Reading all the signs on the sides of taxis saying like, ‘ten bucks for a tenth of a mile’. It’s pretty ridiculous,” Brooks said.

Finkenthal said over the course of his life, he has used taxi cabs around 200 times and has never used Uber or Lyft once.

Harshbarger’s article states how the taxi cab companies in New York City are worried that taxis will vanish from the city, which is looking like Uber is becoming the modern taxi cab.

When Palomar student Patricia Martinez was asked if she feels safer riding in a taxi cab or an Uber and Lyft driver’s car, she said, “I guess you can get crazy taxi drivers and not so good Uber drivers. So I guess it just varies.”

However, ridesharing apps show you their driver’s rating from previous passengers so you know if the driver is safe, reliable, and can get you to your location on time.

Taxis do not offer the same feature. Taxis have not converted to a more technology friendly method. They utilize more traditional method of just calling and personally requesting a taxi.

Los Angeles Mayor Eric Garcetti passed a law to let Uber or Lyft pick up passengers at Los Angeles International Airport. Council members made the two companies drivers pass a driver’s screening test and that they treated their passengers with respect before the law was passed, further catapulting the ridesharing apps popularity.

Brooks believes that ridesharing apps have one key advantage over taxis. “Better wait times. It tells you where they are,” said of the apps’ tracking features. Brooks stated he would prefer a ride with a ridesharing app over a taxi.

The majority of people interviewed believe that ridesharing apps are a better alternative to taxi companies, due to better wait times, easier to track drivers, and more reasonable fares.

Ridesharing apps look like the preferred means of transportation and they might eventually evolve into the modern taxi.

Here is a video about the cost of fare between uber and taxis.

here is a story about uber vs taxis